The 18thCamden International Film Festival on Maine’s mid-coast – an increasingly important destination for documentary filmmakers – wrapped its in-person portion Sunday after announcing a handful of awards.

Day After…, directed by Kamar Ahmad Simon, won the festival’s Harrell Award, chosen from a group of “some of the most significant documentaries of the year.” The film is described as “A philosophical ballad along the rivers of Bangladesh, transporting the rich and poor, young and old, East and West in a century-old paddle steamer.”

“The jury was unanimous in its admiration for this film, in which an old riverboat seems to contain an entire society’s worth of dreamers and hustlers, politicians and radicals,” juror Eric Hynes said, noting that the documentary employs “both hybrid techniques and dogged observational power. This is a dazzling work of nonfiction.” 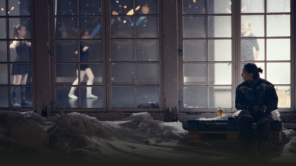 The jury awarded a special mention to Polaris, another film with a nautical theme. Juror Assia Boundaoui described it as “a beautifully shot film that moves gracefully from the vast expanse of the Arctic Ocean to a glimpse into the innermost life of a woman bravely charting troubled waters. Director Ainara Vera wields her camera lovingly and weaves a moving and intimate portrait of a captain struggling with love.”

Another special mention was awarded to Foragers, directed by Jumana Manna, a film documenting “elderly Palestinians… caught between the right to forage their own land and the harsh restrictions imposed by their occupiers on the basis of preservation.”

Juror Jessica Kingdon (an Oscar nominee earlier this year for her feature documentary Ascension) described Foragers as a “surprisingly whimsical portrait of a people and their tumultuous relationship with land and state. We loved the creative use of reenactments and archival footage.” 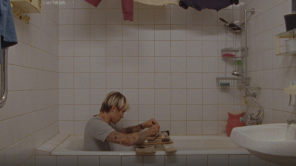 CIFF also presented awards in its Cinematic Vision category. The top prize there went to Detours, a film set in Moscow directed by Ekaterina Selenkina.

“This film moved us for its eloquence in form and scope, as well as its insightful, engaging mixing of film materiality, the digital and physical mixing in the same way as they do in the lives depicted here,” said the jury, comprised of Jason Fitzroy Jeffers, Pablo Alvarez-Mesa, and Abby Sun. “It simultaneously challenges both the audiences’ expectations of form, as well as that of the surveillance state under which it is filmed.”

The jury gave an honorable mention to Terranova, directed by Alejandro Alonso and Alejandro Pérez, a film described in the CIFF program as “a sensorial journey through the dream-like images and sounds of Havana, Cuba.”

A special mention went to H, directed by Carlos Pardo Ros, which the jurors called “a film that creates an experience out of memory, transcending the material to evoke mortality and the distance or proximity amongst us. A cinema of risk, of extreme courage and exploration.” 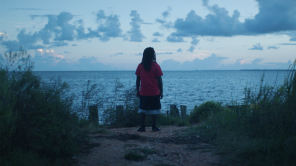 Out of competition, the festival screened a number of award-winning films, including the Netflix documentary Descendant, directed by Margaret Brown; National Geographic’s The Territory, a film directed by Alex Pritz on an Indigenous tribe in Brazil’s Amazon rainforest that is attempting to keep landgrabbers at bay, and All That Breathes, from HBO Documentary Films, Shaunak Sen’s feature that won the Grand Jury Prize for World Cinema Documentary at Sundance and the top documentary prize at Cannes.

Fresh from its world premiere in Venice, Steve James’s A Compassionate Spy screened at Camden. On Her Shoulders came from its world premiere at TIFF to CIFF; the film directed by Tamana Ayazi and Marcel Mettelsiefen, and executive produced by Hillary Clinton and Chelsea Clinton, documents Zarifa Ghafari, who in her mid-20s became “one of Afghanistan’s first female mayors, and the youngest to ever hold the position.”

CIFF continues as a virtual experience through September 25.