Home /
NEWSiNi /
Corporate Fire This Employee Because She Takes 10 Minutes To Reply To Emails, Regret It Immediately

Corporate Fire This Employee Because She Takes 10 Minutes To Reply To Emails, Regret It Immediately

Hang on tight, Pandas, because we’ve got an awesome story about malicious compliance to share with you today. Redditor u/cranne went viral after sharing how she got fired from “the worst place” she has ever worked at. She was in charge of speaker coordination and right from the get-go, there were major red flags popping up in the company, left, right, and center.

However, despite this, u/cranne got into the flow of the job. Everything seemed to be going perfectly…. Until she got fired, like a bolt from the blue. The reason? Taking “too long” to respond to emails. Taking ten minutes to respond, apparently, is too long. If you feel even a tiny bit frustrated at hearing this, then imagine how the redditor must’ve felt! Feeling angry, the redditor got their revenge against their employers by using the very job contract she had signed. The devil is in the details, after all.

Scroll down to read the full story (you might want to grab a small bucket of popcorn for this). Once you’re done, we’d love to hear your thoughts about the situation. What would you have done if you were in the redditor’s shoes? What’s the very worst job that you’ve personally worked, Pandas? What’s your approach to dealing with difficult bosses? Let us know what you think in the comment section.

A redditor, who’d worked as a speaker coordinator, shared details about the very worst company she’d ever been at 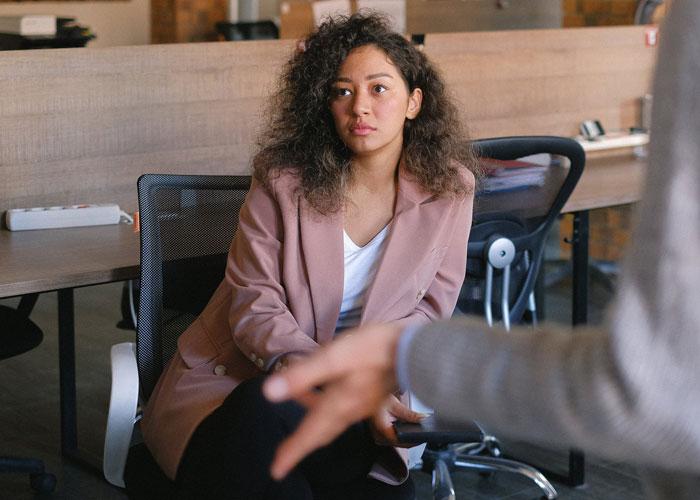 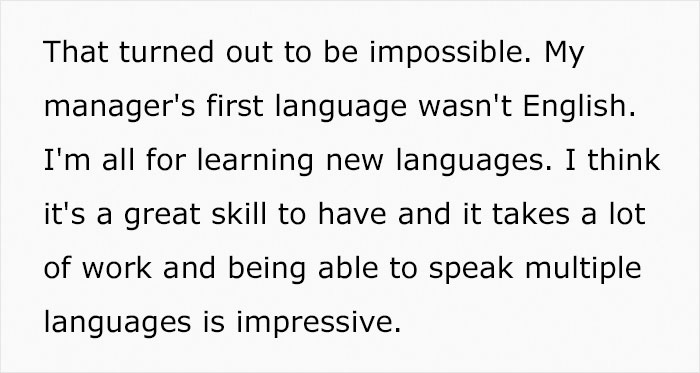 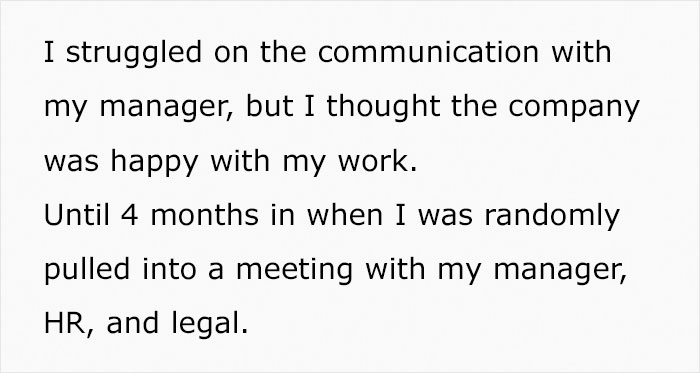 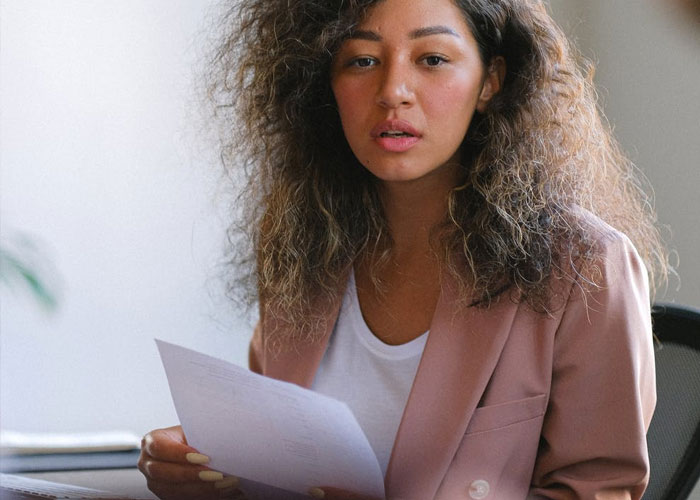 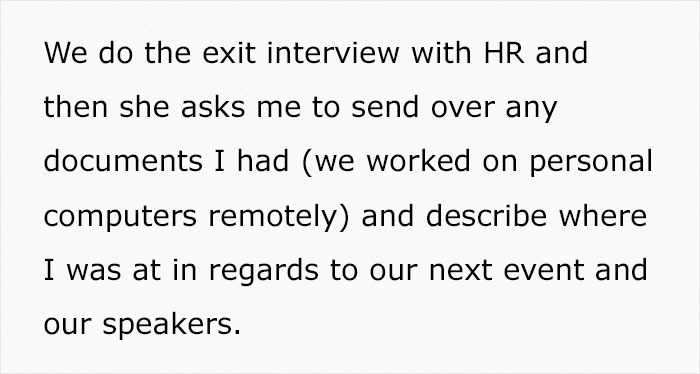 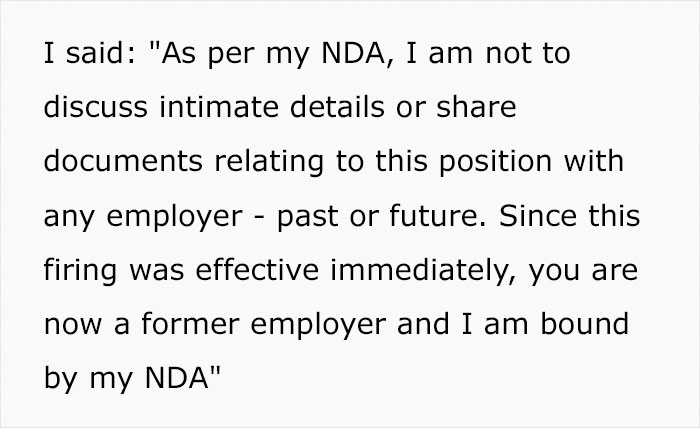 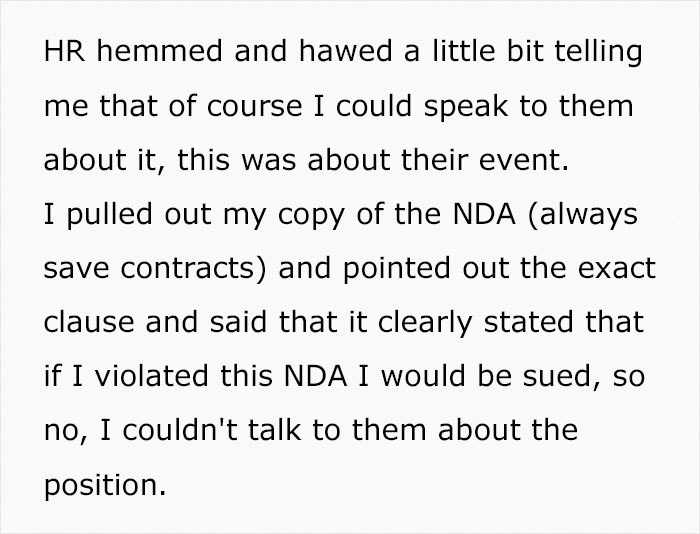 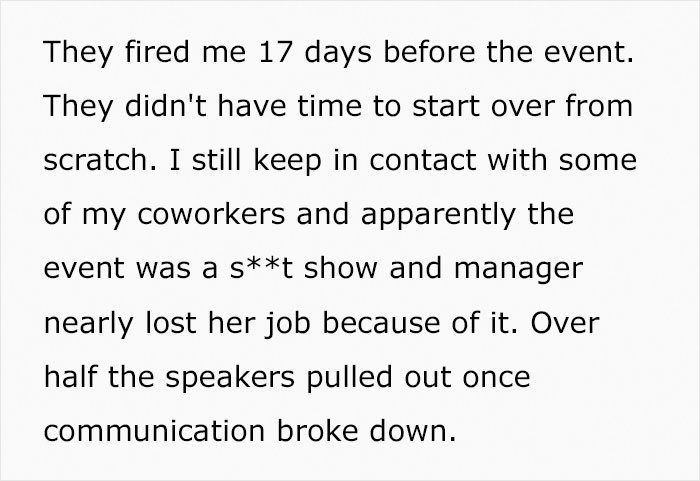 From a lack of training and a total lack of communication to a thoroughly unhelpful manager, the company looked like a toxic den where red flags grow like mushrooms after a good deal of rainfall. Thankfully, redditor u/cranne has already moved on.

The thing that helped them give their former employers a taste of their own medicine was the very non-disclosure agreement she had signed when she started working there. Talk about ironic. The NDA stated, crystal clear, that the employee couldn’t speak about their position after getting fired unless she wanted to be sued. Essentially that meant that the company dug their own grave regarding a key event that was supposed to take place.

Quite a few people resonated with the redditor’s story, sharing their own experiences with NDAs. Overall, u/cranne’s post got more than 2k comments and over 60.1k upvotes in less than two days.

What the redditor said about saving contracts is incredibly important if you want to have a long and healthy career. By keeping important documents and having a record (paper or otherwise) of conversations, promises, and your own achievements, you can cut through a lot of messy office politics. Facts beat fiction. Especially considering that we don’t remember things perfectly.

“It is very important to keep everything in writing. Over time, we tend to forget our interactions,” financial expert Sam Dogen explained to me earlier in an interview with Bored Panda. “By keeping things in writing, we can better remember situations and better argue for ourselves when it comes to asking for a raise and a promotion.”

What’s more, the expert suggested that we ‘manage our managers’ by keeping up a steady stream of communication with them. By keeping them in the loop without oversharing, we can remind them of the fact that we’re valuable employees. What’s more, we can also proactively iron out any misunderstandings that might be brewing behind the scenes.

“Managing your manager entails keeping him or her abreast of what you are up to. It means highlighting your key wins and reminding them at the end of the year about what you did in the first half of the year,” Sam said. 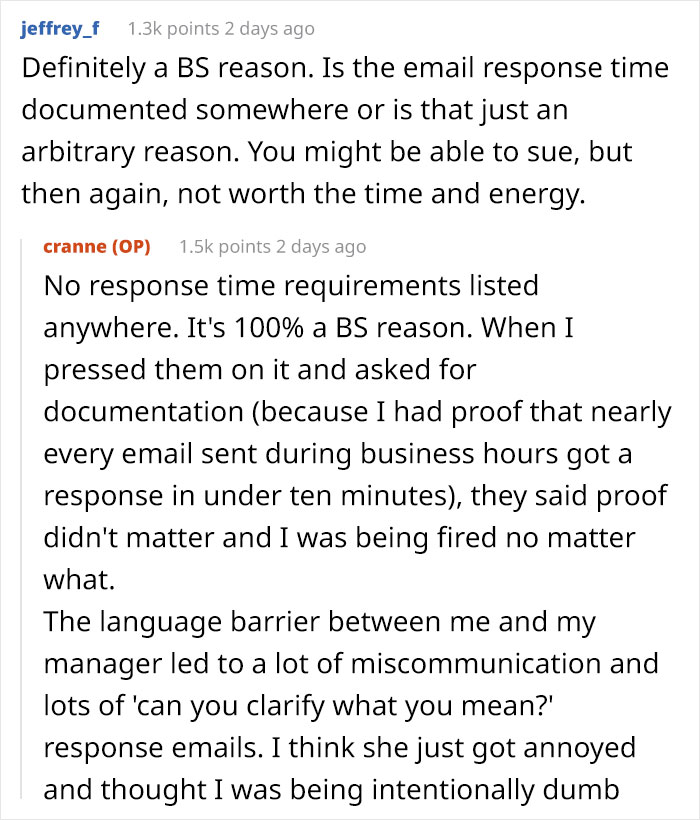 Here’s what some other internet users said about the situation 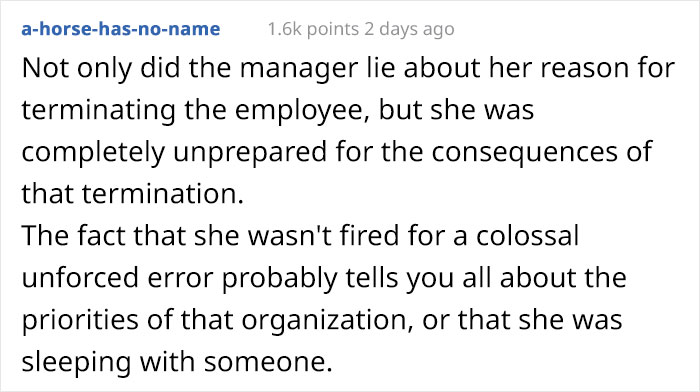 The post Corporate Fire This Employee Because She Takes 10 Minutes To Reply To Emails, Regret It Immediately first appeared on Bored Panda.

The best deals on headphones, earbuds and audio...

Woman Goes Viral For Sharing How Her Family...