PlayStation veteran Michael Mumbauer and Days Gone creative director John Garvin have teamed up to create a triple-A gaming studio called Liithos. They are making Ashfall, a narrative-driven open-world title for the PC, consoles, and Web3.

The San Diego, California studio is making a “true Web3 triple-A title” that will debut on the PC, consoles, and Hedera network, which is a blockchain-like technology.

The company said it has assembled a roster of top-selling, award-winning talent from the industry’s most renowned and recognizable teams. Garvin is vice president of creative at Liithos, and he previously served as creative director for Days Gone and Syphon Filter at Sony’s Bend Studio. Garvin is the writer and director for Ashfall, which is set in the Seattle area after what looks like a volcanic eruption in the future.

Mumbauer is CEO and was formerly CEO of That’s No Moon, which raised a lot of money but hasn’t yet shipped a game. Mumbauer was previously head of PlayStation’s Visual Arts team.

I asked Mumbauer if the Web3-related strategy was one reason he left That’s No Moon. But he said in an email, “I’ve learned a lot from past experiences and my time at That’s No Moon, but I wanted to flex my creative muscles and explore a new venture. I’m thrilled to be working with John Garvin, Hedera and the Liithos team to bring a new triple-A transmedia experience to gamers.” 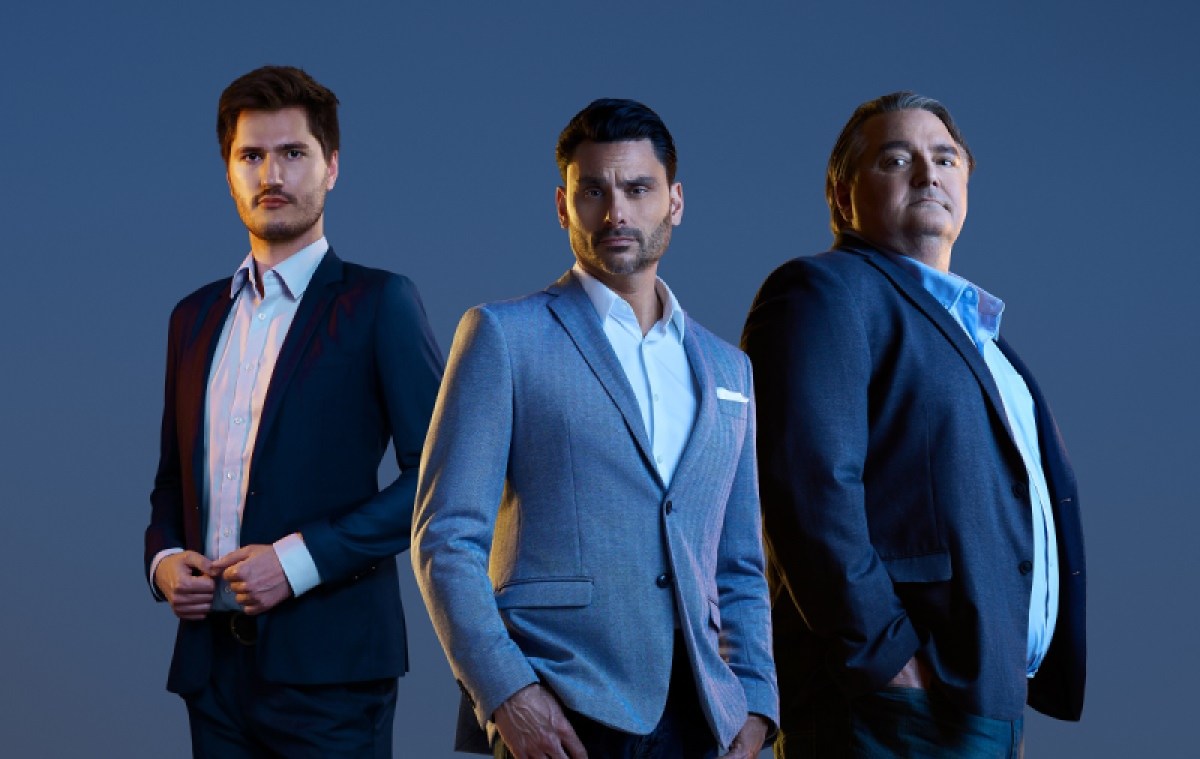 Liithos wants to create a connected entertainment world, revolutionizing the way players experience triple-A gaming. Mumbauer was at Sony for 13 years, where he drove innovation for three generations of gaming platforms from PlayStation 3 to PlayStation 5.

Mumbauer helped bring beloved gaming characters such as Nathan Drake of Uncharted and Joel and Ellie of The Last of Us and Deacon St. John of Days Gone to life. He was a critical development partner for Naughty Dog, and he helped deliver the Last of Us Part II.

“At Liithos, we want to deliver the next evolution of triple-A gaming to the masses in connected ways that have never been experienced before,” said Mumbauer, in a statement. ”The gaming industry is amazing in that it has evolved through a series of innovations, never going backwards. We look forward to continuing that trend, working with partners like the HBAR Foundation in support of the Hedera network, who understand the potential and need for innovation without any harmful impact to the environment.”

The world of Ashfall is the brainchild of Garvin, a creative veteran who wrote and directed some of the most popular and successful gaming franchises for Sony for over 25 years. Garvin created the successful open world game, Days Gone, which was one of my favorite titles. He was also responsible for the most successful title in PlayStation Vita history, Uncharted: Golden Abyss.

Over the course of his career, Garvin has shipped over a dozen triple-A titles. Liithos brings these two powerhouses back together with the goal of revolutionizing gaming for the next generation of players.

Ashfall will have players fighting to survive a world scarred by global warming, the ignited volcanic Ring-of-Fire, mysterious and disruptive energy fields, and warring enclaves, beginning as an connected single-player adventure. It will evolve into a multiplayer player-versus-player (PVP) and player-versus-environment (PVE) cinematic transmedia world. 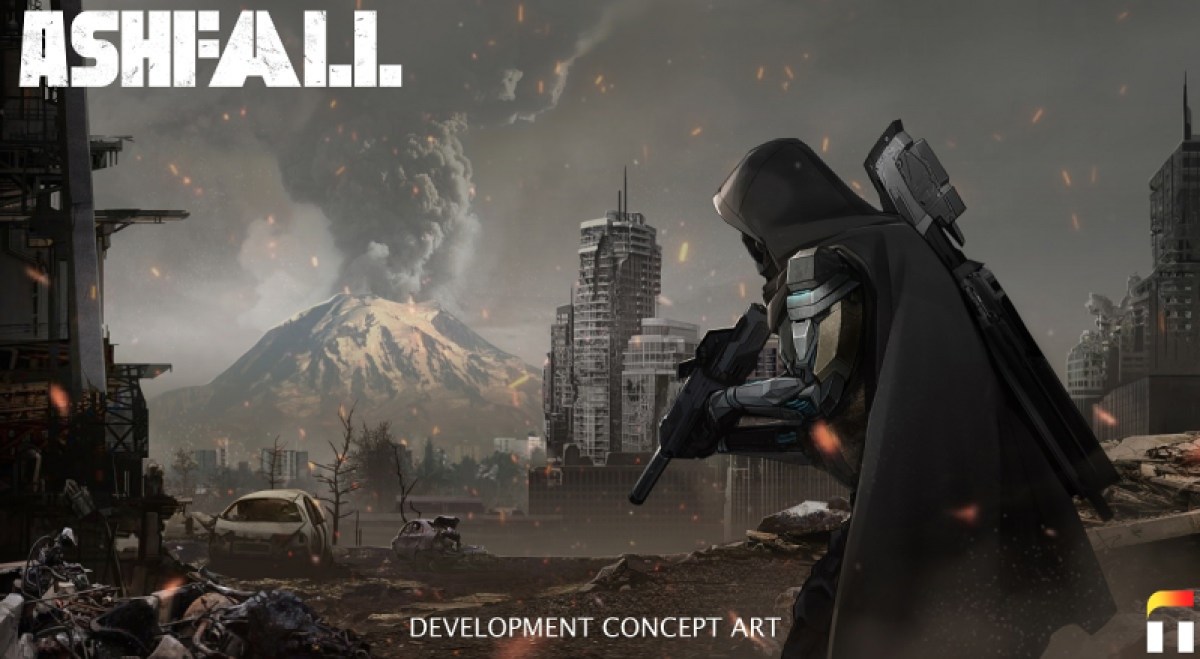 A character it Liithos’ Ashfall.

“Michael and I have worked together creatively for almost two decades and this is our chance to create something really new and exciting. It’s like getting the band back together,” said Garvin, in a statement. “Our goal is to create a truly next-gen, open world experience that engages with new technologies to allow user-generated content. As always, our focus is on creating beloved characters, captivating stories and evolutionary gameplay and a world worth exploring, not just in games, but other media as well.”

Gamers will be able to choose to play the game leveraging the Hedera network where scavenging, discovery and exclusivity are the focus for a build, sell, and trade experience. Ashfall currently has partnerships in place with comic book creators, artists and influencers as the story will begin with a digital comic written by John Garvin, featuring cover art by Worldstorm and DC Comics’ Brett Booth.

”The team that Michael has assembled at Liithos represents the top minds in AAA game development and the creation of transmedia IP,” said Alex Russman, vice president and head of the metaverse fund at The HBAR Foundation, which is associated with the Hedera network, in a statement. “As Liithos lead the charge in bringing top-tier gaming into the Web3 era, creating richer and more rewarding experiences for their users, we are pleased to partner with them and support the development of Liithos’ games and ecosystem, both on the Hedera network and within the broader gaming industry.” 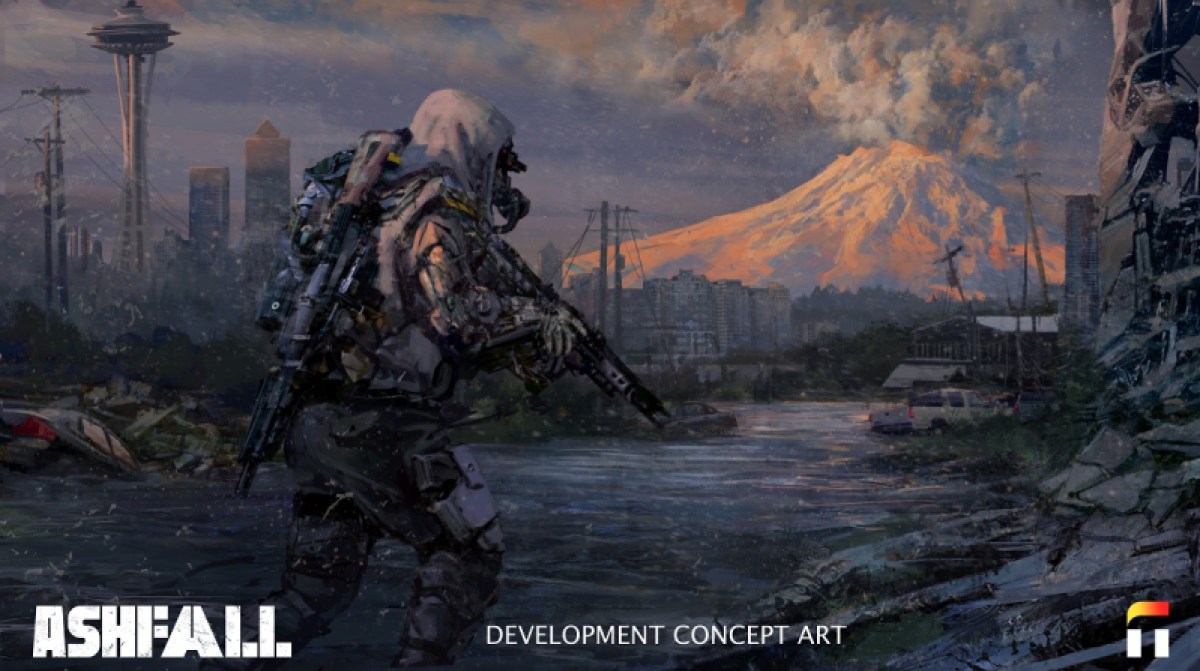 In the shadow of Mount Rainier in Ashfall.

Founded in 2021, the HBAR Foundation fuels the development of the Hedera ecosystem and the HBAR economy by providing grants and other resources to developers, startups and organizations that seek to launch decentralized applications in DeFi, NFTs, CBDCs, ESGs, gaming and other sectors. Hedera uses its own blockchain-like technology to verify digital items and transactions on a large scale.

Asked how Web3 would play a role in this project, Mumbauer said, “Transmedia and the power of connected worlds has always been something I’ve been extremely passionate about. There is a bit of a misunderstanding in my opinion on what blockchain gaming could mean for gamers. I see the blockchain as a railway and the main station is videogames.”

He added, “The other rail stations all lead to the main one, which is games and the trains deliver precious cargo (NFTs) to gamers via the other stations. It’s a way to have deeper and more engaging experiences than we’ve ever seen before. We want to reward gamers for doing stuff they already love doing, and create a path from those areas they love back to the thing they love the most, gaming.”

The company isn’t yet describing much about its technology. As for the game genre, I asked if we should be thinking about something like Days Gone.

“In some ways, yes. Fans have been eagerly anticipating the next project from John Garvin after Days Gone was released in 2019,” Mumbaeur said. “Since then, gamers have been petitioning for a sequel and can’t wait to see what Garvin works on next. And here we are now with Ashfall and Liithos. Not only is Ashfall a triple-A game, but Liithos is revolutionizing the way media, technology and blockchain can be connected and work harmoniously together with the first true triple-A Web3 gaming and entertainment studio.”