EXCLUSIVE: Dominic West, who portrays British monarch in-waiting Prince Charles in the upcoming fifth season of The Crown, has told us that season six, which shoots from August, “will be as tumultuous as it gets”, because it will explore the tragic death of Princess Diana.

Season five is already in the can and will stream on Netflix later this year.

West, star of TV hits The Wire and The Affair, and recent movie Downton Abbey: A New Era, spoke to Deadline on Sunday night during a poetry reading at London’s Delaunay restaurant.

The soiree, which included the recital of three T.S. Eliot poems, was held for The Josephine Hart Poetry Hour, an event established thirty years ago by Hart, the novelist, poet and a leading light of London’s literary and theater set until her death in 2011. Hart’s 1991 novel Damage was adapted for the screen by David Hare and was directed by Louis Malle.

Princess Diana’s death will be tackled when The Crown, starring Elizabeth Debicki as Diana and Imelda Staunton as Queen Elizabeth II, starts filming its sixth season in August. A table-read was held last week. 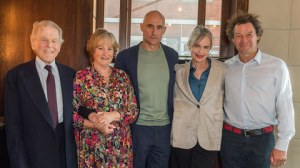 “It will be as tumultuous as it gets, I think,” West told us.

Despite occasional controversies surrounding Prince Charles, the actor would not hear a bad word about the heir to the British throne: “I love the man. He’s a force for good, he really is an extraordinary man.”

Last night’s poetry reading was hosted by Maurice Saatchi, Baron Saatchi — who was married to Hart at the time of her death — and theater director and filmmaker Michael Grandage, director of Amazon’s upcoming film My Policeman, starring Harry Styles.

Readers on the night included veteran actors such as Deborah Findlay (The Split), Edward Fox (The Day of the Jackal), Elizabeth McGovern (Downton Abbey), Mark Strong (Shazam!) and West. They recited from Eliot’s The Love Song of J. Alfred Prufrock, Portrait Of A Lady and The Hollow Men. 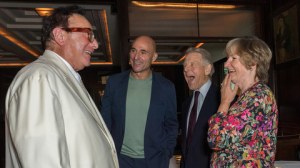 West praised Hart’s passion for poems. “She taught me everything. The most I learnt about poetry was from Josephine. I’ve done dozens of these readings before and learnt about the First World War poets and all kinds of poetry. Maurice is trying to keep the flame alive by hosting these evenings,” he said.

Among the audience for the event were royalty in the shape of Prince and Princess Michael of Kent. Guests listened with rapt attention as the actors passionately recited Eliot’s words without microphones. 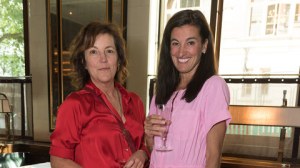 Findlay quoted Hart’s words about how Francis Ford Coppola used passages from The Hollow Men in his epic 1979 film Apocalypse Now. They were recited in the film by Marlon Brando’s crazed Colonel Kurtz.

”Josephine Hart always said poetry is to do with the heart. They all spoke from the heart tonight,” she said.

Mark Strong told Deadline that “while I’m running around with my kids, paying the bills and whatever, these kind of evenings are like an oasis of culture within the craziness.” 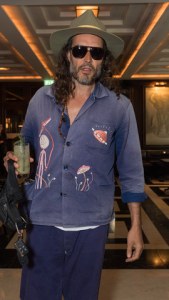 The Josephine Hart Poetry Hour attracted an eclectic gathering. They included the aforementioned royals; Lord Howard, a former leader of the Conservative Party; biographer Antonia Fraser; actor Russell Brand (Get Him To The Greek); the actor Joanna David (Pride and Prejudice), and her son, actor Freddie Fox (The Murders at White House Farm), who accompanied his sister Lucy Fox, a design and luxury consultant. Casting directors Lucy Bevan and Nina Gold and director Simon Curtis (Downton Abbey: A New Era) were also among the gathering.

T.S.Eliot’s Old Possum’s Book of Practical Cats was adapted by Andrew Lloyd Webber into his stage musical Cats, which in turn was made into the much derided screen extravaganza by director Tom Hooper.

Upon arriving for the poetry soiree many a guest could be heard inquiring “they’re not reading from that Cats, are they?”

JoJo In Bikini Thinks About Memoir Where She...