SUNDAY AM UPDATE, Refresh for more analysis and chart: Without Paramount’s Top Gun: Maverick in the marketplace, the Thanksgiving box office was much lighter than previous holidays, grossing an estimated $141.3M over 5-days, off 46% from 2019’s pre-pandemic holiday. Two family movies, Disney’s animated Encanto, which banked 52% of its $40.3M 5-day gross from Latino and Hispanic audiences, and Sony’s Ghostbusters: Afterlife which delivered $35.3M in its second weekend over Wednesday-Sunday, were the top destinations for families. Worldwide, Encanto hit its global studio projection with a $70M start.

For our previous updates of the Thanksgiving box office, click here. 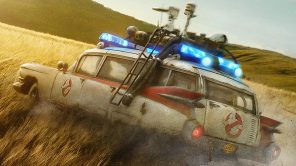 If Disney CEO Bob Chapek is wondering whether families went to the movie theaters or not, the answer is yes, they did. It’s just there was another family title on the marquee doing business. Over three days, Encanto did $27M to Ghostbusters: Afterlife’s $24.5M. Rival studio estimates show both movies being even closer than that, so we’ll see where they settle tomorrow. Also, 51% of Encanto‘s business game from families, largely driven by females at 62%.

Unfortunately, it stands to be argued that with Encanto launching over the Thanksgiving frame, general moviegoers might have felt it was Disney/Pixar’s Coco all over again from the marketing, which is a prime reason why we’re seeing one of the lowest openings in recent years for a Disney animated film over Thanksgiving. Perhaps launching Encanto during a different season of the year would have distinguished it more. Imax contributed $2.3M toward Ghostbusters: Afterlife‘s second weekend taking the large format exhibitor’s running total on the Jason Reitman film to $7.5M.

As we previously mentioned, while we’re still in the midst of a pandemic, it’s product that makes for great box office (clearly evident in the massive $638M tentpole month we had in October with No Time to Die, Dune, Venom: Let There Be Carnage and Halloween Kills), and despite Disney’s push for Encanto, the movie didn’t have as wide appeal as previous Thanksgiving animated movies such as Coco, Moana, Tangled, etc. Encanto‘s five-day is even under Pixar’s Thanksgiving 2015 title The Good Dinosaur, which was considered a bomb at the time, opening to $39.1M over three-days, $55.4M over five days.

Meanwhile, despite headlines about the Omicron virus, adults finally found their way to the cinema with United Artists Releasing-MGM’s House of Gucci building the best opening for a drama in the last two years at the box office with $14.2M over 3-days and $21.8M over 5, the last being Sony’s Little Women over Christmas 2019 ($16.7M 3-day, $29.2M 5-day). 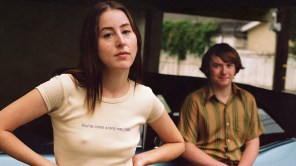 UAR/MGM had two home runs this past weekend, the other being Paul Thomas Anderson’s 1970s teen comedy Licorice Pizza which posted the best opening screen average (as opposed to theater average) ever with $83,8K from four screens: LA’s Regency Village and NYC’s Lincoln Square, Village East, & Alamo Brooklyn — all 70MM prints. Pic’s opening weekend of $335K even beats the openings of Anderson’s previous specialty openings: 2014’s Inherent Vice ($328K, 5 theaters), 2017’s Phantom Thread ($216K, 4 theaters), 2007’s There Will Be Blood ($190,7K, 2 theaters). Licorice Pizza‘s debut ranks behind the openings of the 8x Oscar nominee’s The Master ($736K, 5 theaters) and 2002’s Punch Drunk Love ($367K, 5 theaters). It’s important to note the potency of Licorice Pizza‘s opening: Not only did the movie post the best gross at LA’s Regency Village in 25 years, one needs to realize that with a film such as The Master, that movie had more screens per theater. Licorice Pizza is raking in cash only off of four. That’s remarkable. Great exits at 87% positive and 73% definite recommend. The 18-34 bunch came out at 72%, leaning toward guys 66%, with 70% Caucasian, 19% Hispanic and Latino, 3% Black and 8% Asian. Close to 70% of the audience were college graduates.

House of Gucci‘s marketing campaign delivered on two fronts, both with young and old moviegoers as the pic’s attendance showed 45% between 18-34 years old & 34% over 45+.

RelishMix reports that House of Gucci had a powerful social media pull of 415.4M across Twitter, Instagram, YouTube views and Facebook with the cast pulling in over 234M on their own social media accounts. Lady Gaga counts 188.7M followers with Salma Hayek at 22.7M and Jared Leto at 21.2M. “The cast totally worked it,” said Lomis about how Gaga, Leto, Hayek, Al Pacino and Adam Driver all came through in tubthumping the movie.

Overall, the digital campaign delivered over 1.2 billion impressions and 407M video views targeted to moviegoers, fans of Gaga and the cast, fashion, true crime, and LGBTQ audiences. There were 30+ high impact takeovers in the last week across TV, radio, social, and ticketing partners, including two National Snapchat Lenses, a TikTok One Day Max (in addition to the TikTok Top View in 2 Weeks Out), and Twitter Trend and Spotlight. The two custom Snapchat AR experiences included one single person experience where one tries on accessories from the film, and another multi-person experience with full 3D body mapping where one tries on on full outfits from the Ridley Scott directed movie. There was the official launch of Lady Gaga’s TikTok with the London premiere transformation video which went viral and has amassed north of 12M views.

UAR launched the first trailer for House of Gucci during the Summer Olympics followed by a 60-second spot in NFL Thursday Night Football. The trailer would go on to air during NFL matchups, World Series games, high-profile prime finales and new season premieres, with a high frequency push on cable and local TV.

Outdoor included NY, LA, Chicago and San Francisco with a big digital blast at both LAX and JFK to take advantage of increased holiday travel.

Strong audio campaign in the top 22x markets targeting multiple formats both pre-tracking & during Week of Release. Targeted streaming audio + music video surrounds to target younger consumers, and healthy podcast support across NYT The Daily (including a 50% SOV Takeover WOR) and top true crime podcasts to own the genre.

There was a global premiere tour with House of Gucci debuting in London, Milan, New York and Los Angeles, including custom Snapchat stories from London and NY. There were several tastemaker screenings and receptions, reaching a potential fashion and lifestyle social audience of 11.3M, including a House of Gucci exhibitions experience, in partnership with De La Revolución, held in Los Angeles at FIDM and New York at Fotografiska. There were Twitch Creators screenings in LA, followed by a livestream hosted by Twitch streamer Negaoryx.

There were also radio promoted screenings across the country in the top 25 markets as well as LGBTQ+ Nightlife promotions in top 11 Markets. UAR teamed with notable houses in the NYC ballroom community to a special hosted screening including The Gorgeous House Of Gucci ,The Royal House Of Labeija, House Of Xclusive Lanvin, The Iconic House Of Ninja, The House of Garcon, The Iconic House Of St Laurent and the House Of Xtravaganza.
There was also a tastemaker screening in LA hosted by Patrick Starr.

Promo partners for House of Gucci included Tanqueray and Airbnb which offered Villa Balbiano (the film’s location for Aldo Gucci’s home) as a special one-night rental.

While Sony came up high on Ghostbusters: Afterlife, the studio came up low on their R-rated genre Capcom videogame adaptation Resident Evil: Welcome to Raccoon City which made $5.3M over 3-days, $8.8M over five.

Tyrese: ‘Sorry Not Sorry’ For Oversharing In...

On Monday, A New Twist On The Quest For Sealed...