The European Union raised the stakes Wednesday in a standoff with Poland over judicial independence and the primacy of EU law, with the bloc's top court fining Poland $1 million euros ($1.4 million Cdn) a day to prevent what it called "serious and irreparable harm" to the EU's legal order and values.

The European Court of Justice imposed the penalty after a weeklong war of words in which Poland told the EU to stay out of its judicial affairs while other EU nations insisted that Warsaw could not continue to get huge EU subsidies while disregarding the bloc's democratic principles at will.

"You cannot pocket all the money but refuse the values," Belgian Prime Minister Alexander De Croo said Wednesday, warning Poland not to treat the EU like "a cash machine."

The Court of Justice said the daily fine was "necessary in order to avoid serious and irreparable harm to the legal order of the European Union and to the values on which that Union is founded, in particular that of the rule of law."

The EU's executive commission had requested the penalty until Poland's right-wing government acts to improve the functioning of the Polish Supreme Court and suspends new laws deemed to undermine judicial independence and erode democratic checks and balances.

The commission is also holding up 36 billion euros ($52 billion Cdn) in EU funds earmarked for Poland's pandemic recovery as long as the country does not change its ways.

Poland's deputy justice minister, Michal Wojcik, hinted that Poland may not respect the European court's decision once again, arguing that it's not a proper ruling and has "no legal basis" because the court allegedly acted outside its jurisdiction.

Radoslaw Fogiel, a spokesperson for Poland's nationalist ruling party, brushed the penalties off, saying Poland's contribution into the EU coffers is much larger than that.

Overall, however, EU figures show that Poland is a net recipient of 12 billion euros ($17 billion Cdn) a year from the bloc. 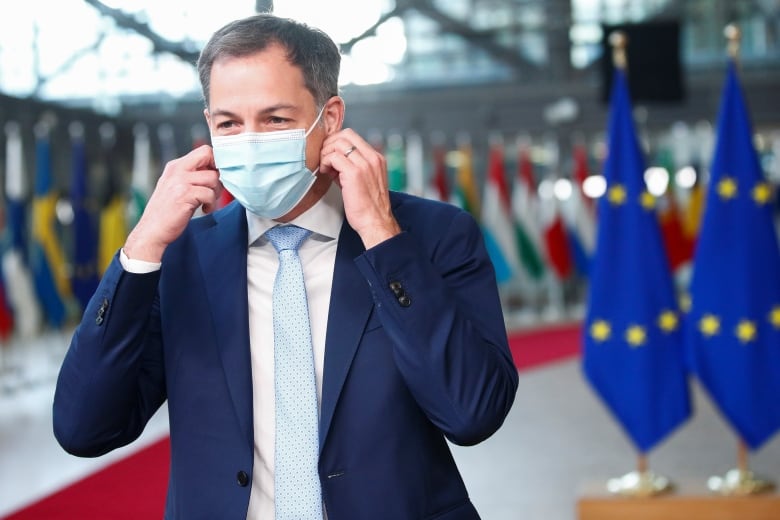 Changes to judiciary a major issue

Poland's nationalist ruling party, Law and Justice, has been in conflict with Brussels since winning power in 2015 over a number of matters, including migration and LGBTQ rights. The longest-running dispute, however, has centred on the Polish government's attempts to take political control of the judiciary.

The matter came to a head earlier this month when Poland's constitutional court ruled that some key parts of EU law are not compatible with the nation's Constitution.

The court stacked with ruling party loyalists gave its opinion after Polish Prime Minister Mateusz Morawiecki asked it to decide on whether EU or national law has primacy.

The point of contention is the Disciplinary Chamber of the Supreme Court, a body that the ruling party empowered to discipline judges. Many Polish judges view the chamber as a tool to pressure judges to rule in favour of the governing authorities.

In July, the European Court of Justice ordered the suspension of the disciplinary chamber, but it is still operating.

Morawiecki told the European Parliament last week that the chamber will be abolished, but he gave no precise time for when that would take place. Wojcik said the proper legislation will come in "due time."

Wednesday's decision also comes on the heels of an EU summit, where Polish arguments that its fundamental judicial changes would not undermine the EU failed to convince key bloc leaders.

Among them was French President Emmanuel Macron, who met with Polish President Andrzej Duda in Paris on Wednesday. 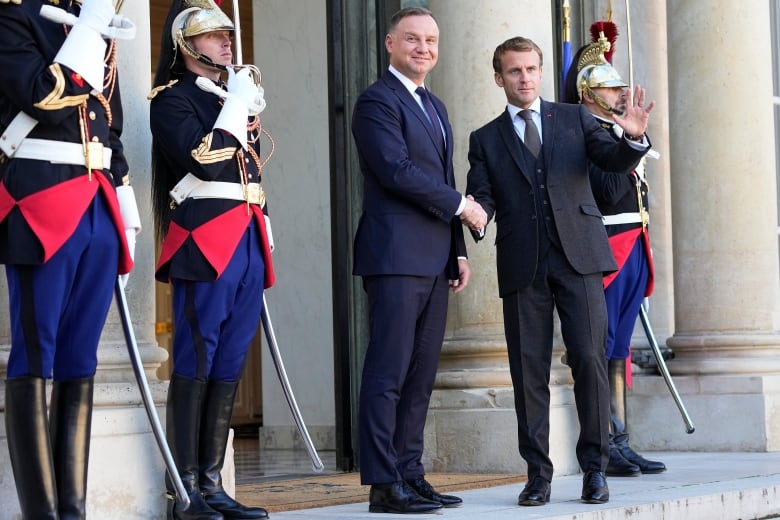 Morawiecki's recalcitrance crystallized in an interview with the Financial Times over the weekend.

When asked if Poland could retaliate by using its EU veto power to block legislation on climate issues, for instance, Morawiecki said: "If they start the third World War, we are going to defend our rights with any weapons which are at our disposal."

The interview did not go down well with Morawiecki's EU colleagues.

"You are playing a dangerous game," De Croo said. "This is about the overwhelming majority of member states — from the Baltics to Portugal — who agree our Union is a union of values, not a cash machine."

The fine imposed on Wednesday comes on top of a 500,000 euro daily fine that the Court of Justice ordered Poland last month to pay for having ignored its injunction to close the Turow brown coal mine. The ruling came in a dispute between Poland and the Czech Republic.

Poland argues it cannot do without the seven per cent of its energy that the Turow power plant is generating. Morawiecki has indicated Poland is prepared to pay, and can afford it.

Joe Exotic ready to make ‘deal with the devil’...