Veteran Marketing and Public Relations executive and former President of the Academy of Motion Picture Arts & Sciences Cheryl Boone Isaacs has been named to serve as Founding Director of The Sidney Poitier New American Film School. Boone Isaacs who is currently an adjunct professor at Chapman University’s Dodge College of Film and Media Arts will begin as director the new three-campus  film school at ASU  starting on January 1, 2022. She plans to lead both from the ASU California Center in Los Angeles as well as from Tempe and Mesa where the state-of-the-art 118,000-square foot campus is located.

“Cheryl Boone Isaacs has built her extraordinary career championing—and exemplifying—two of the primary things The Sidney Poitier New American Film School stands for: inclusion and excellence,” said Steven J. Tepper, dean of the Herberger Institute for Design and the Arts at ASU. 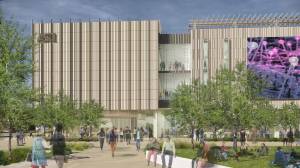 “Boone Isaacs is one of the most respected leaders in Hollywood and she fully understands its operating system,  making her the perfect person to build a school that can help disrupt both film education and the industries it serves.” 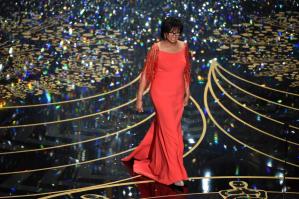 Boone Isaacs was elected President of AMPAS in 2013 and served all four one-year terms for which she was eligible. She was the first Black person and third woman elected to the post, and the Academy’s well-publicized march to diversity was actively started under her watch.  It is the promised emphasis from ASU on representation and inclusion  that was the key selling point for Boone Isaacs in taking on the job. Of course it also doesn’t hurt to be running anything with the name Sidney Poitier attached to it.  She says she wants students to gain new insights into the size of the industry and the “many levels” within it.

“What young folks usually know is actor, director, writer,” Boone Isaacs said. “It’s important to understand the industry and how many career possibilities there are inside of it—and then the support group that surrounds it. Depending on your attitude, your aptitude, your desire, the range is wide.” 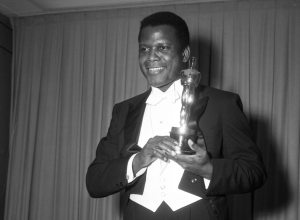 Boone Isaacs was introduced to film at a young age thanks to her older brother Ashley, who worked in the industry as a junior film publicist promoting movies to audiences overseas. One of those movies was 1963’s Lilies of the Field, which starred Poitier in an Oscar-winning performance. Ashley Boone would go on to work for Poitier’s production company before landing at 20th Century Fox in 1972, where he became the president of distribution and marketing. That familial connection led to her first contact with the legendary actor.  “He was such a striking figure,” she recalls. “And he was very kind and sincere.”  The relationship continued in various ways through her extensive work with the Academy, not just as President, but in several other positions she has held there over the years. Earlier this year ASU actually renamed  its film school for Poitier as further indication of their commitment to diversity in storytelling and storytellers. It has nearly 700 students, and is one of five schools in the Herberger Institute for Design and the Arts at ASU. The school will soon add two locations besides its current home on the Tempe campus.

“Sidney Poitier—the man, the icon, the legend—is my North Star who exemplifies determination, passion, professionalism and excellence,” she said. “I am honored to be part of his legacy and to impart his ethos to future generations of storytellers.”

‘The Accidental Wolf’ Renewed For Season 2 By...

9 ‘Gorilla Glue girl’ gets stem cells and PRP after recent...