EXCLUSIVE: “Things have changed a little bit,” Omar Sy admits about life after Lupin. He laughs. “My parents do know what I do now.”

That’s how the actor and his family like it. Low key. The Frenchman’s move to LA a decade ago was in part driven by a desire for more anonymity. In his home country, Sy is a superstar. In America, picking his kids up from school didn’t need to be a drama. “It’s still different being in LA,” he says, despite his growing fame. “Even if things have changed a bit, there’s still less attention here than it might have been in France. The guy from Lupin is not a big deal in LA.”

In truth, “the guy from Lupin” is becoming a big deal all over the world. Sy was already an established comic in France when The Intouchables took the world by storm in 2011. The film made an astonishing $426 million at the global box office and is still the biggest French film of all time. Sy became the first Black man to win a César award and the movie’s U.S. remake rights were snapped up.

Sy went on to score roles in U.S. blockbusters, including X-Men: Days of Future Past, the Jurassic World franchise and Transformers: The Last Knight. French-language credits included Samba and Chocolat. In the latter, the actor gives one of his most impressive performances to date as Rafael Padilla, the first Black circus performer in Paris. 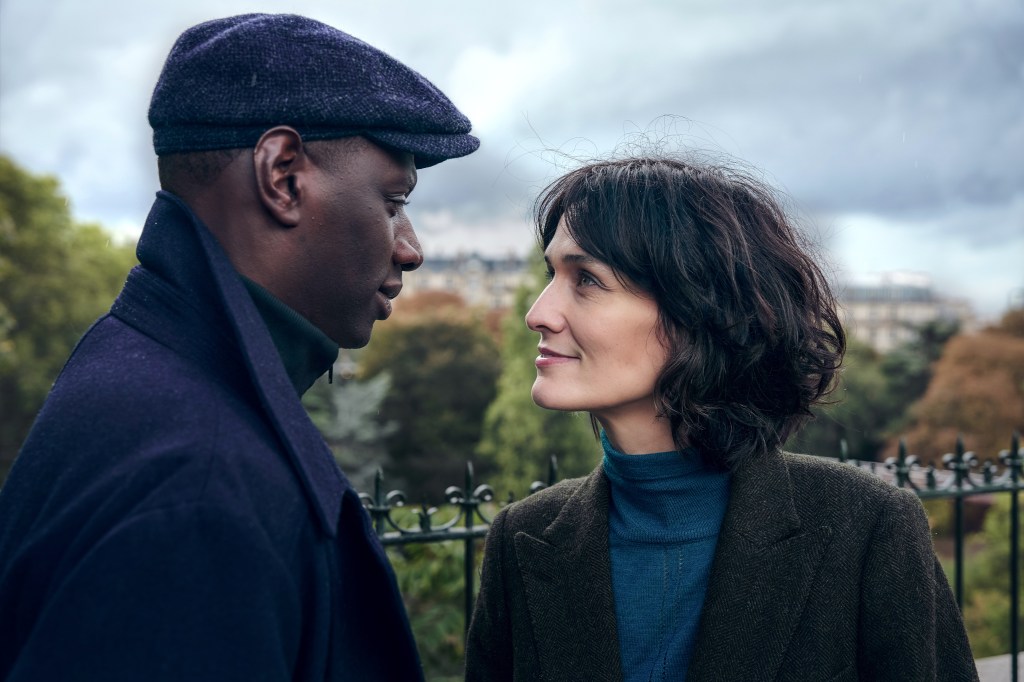 But it was his turn in Netflix’s Lupin last year that transformed his career once again. Inspired by Maurice Leblanc’s tales of criminal Arsène Lupin, Sy plays gentleman thief Assane Diop, who sets out to avenge his father for an injustice inflicted by a wealthy family.

The series was watched by 70 million households during its first month, becoming the most-watched non-English series on Netflix at the time. Sy and the show both garnered Golden Globe nominations. Soon after its rollout, the actor became the first French talent to score a multi-year deal with Netflix.

Sy is in LA with his family, on a break between filming the third season of Lupin in Paris. The ebullient actor does a fairly good job of buttoning up when asked about the upcoming season: “I really can’t give anything away, but we’re coming back with the same energy and fun,” he says. If it were up to him, Lupin would continue ad infinitum. “I would like to do it the rest of my life. I wish we could. But it will depend what story we can tell and where the character can go. If we have the right script, we’ll continue.”

There has been talk of spinoffs, most recently in a Deadline interview with Gaumont chiefs Sidonie Dumas and Christophe Riandee, the show’s French producers. “I read that about spinoffs on your site,” Sy says amusedly. “It was a surprise to me. I look forward to hearing more about it.”

Sy is a genuine disruptor. A trailblazer. His journey is atypical of French and European acting stars, making his story all the more special. He was born in the working-class Parisian suburb of Trappes to West African parents. He was one of eight children in the family. His mother worked as a house cleaner and his father worked in an auto parts factory after moving from Bakel to France in 1962. The family was raised Muslim.

The Parisian suburbs, or banlieues as they are called in France, are known for their toughness but also their diverse, close-knit communities. They are a favorite subject of French filmmakers, captured vividly in lauded movies such as La Haine and more recently Ladj Ly’s Les Misérables.

“I’ve always been curious about people and places,” says Sy about what his roots have imparted to him. “As an actor, as soon as I learn something, I want to share it. I grew up in a community with a lot of different people from all over the world. My neighborhood was full of people from different backgrounds. You learned things all the time. Maybe that was one of the effects that helped me to become an actor. Learning and sharing.” 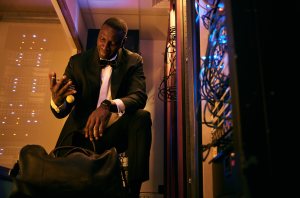 As it turned out, Sy wasn’t the only prodigious talent in Trappes at the time. Among his childhood friends from the neighborhood were the former France and Real Madrid footballer Nicolas Anelka and the popular French-Moroccan actor and comedian Jamel Debbouze.

Sy, who from a young age enjoyed sketches and impressions, started out by appearing on Debbouze’s radio show before venturing into stand-up as part of popular double-act Omar et Fred with Fred Testot. However, it was The Intouchables that changed his world. The film was a watershed moment, not only for Sy, but for the French and European industry. Never before had a Black French actor spearheaded a global hit. To this day, that remains a rare feat right across Europe.

“It feels like something I’m still coming to terms with,” the actor says of the experience. “It was something that changed things not only for me, but people like me. I’m so grateful for that movie because it changed a lot in the industry by bringing through more Black actors. The movie I’ve just made [Father & Soldier], which is debuting at Cannes, came about as a consequence of The Intouchables. The film’s success allowed me to approach different subjects as a Black actor.”

It’s not only on-screen that Sy found his range. The actor has increasingly used his platform to speak out about societal injustice. Two years ago, he made a powerful intervention following the killing of George Floyd, whose death echoed the controversial case of Adama Traoré in France four years earlier, when he wrote a powerful opinion piece for French magazine L’Obs. He pleaded:

Let’s wake up. Let’s arm ourselves with courage, be vigilant, not let another four years pass without accountability. The death of a man due to disproportionate and excessive force must be punished.

George Floyd and Adama Traoré had one thing in common: They were both Black and large. Their lives turned into horror in a matter of hours. For nothing. I’m 1.92 (6’2”), I’m Black, I look like them. Can the same thing happen to me? Is this likely to happen to my children tomorrow? To your children? This nameless fear, this unjustified fear, that swells in our lives must disappear. I know this feeling that eats away from the inside having witnessed police stops when I was growing up.

Two years on from Floyd’s killing, and six years on from Traoré’s, how much change does Sy think has been achieved on the battlefield of social justice?

“It’s difficult to say. 2020 was a time when there was no space for denial, which is a great thing for change,” he says. “I hope that change is in process, even if we still have a level of denial. It’s nuanced. It’s not about being against or in favor of cops, it’s about how we work together to achieve justice. I’m still optimistic.”

Does that optimism extend to the film landscape in France? Sy is one of only a handful of Black actors to win France’s highest film honor, the César. The number of Black French talent leading movies or TV series remains low and — as in most European countries — Black executives are painfully invisible within the ranks at production, sales and distribution companies. “We’re still working on it,” Sy says. “It’s not easy. There is a pragmatism to quotas, but in France there’s also a certain philosophy we abide by. We are working on it, but it takes time. We know we’re way, way behind but there is a process underway. I’m a case in point. Things are changing but we need more time to achieve balance and we need to make progress in creating opportunities.”

How and when such opportunities are created continues to be a burning question within the entertainment and culture industries. Film festivals are a key part of that conversation, none more so than Cannes. The Riviera festival remains the world’s most revered film showcase but the event has also been under fire in recent years for a lack of diversity within its lineup.

There is some positive change this edition with a record five women in Competition and multiple films from directors of North African descent. There are a number of movies starring Black, North African and Middle Eastern actors. And yet, of the 70 films in Official Selection, only one is by a Black filmmaker. It’s a depressing statistic, for which there are deep-rooted structural and societal reasons. But some would also argue that the world’s biggest platforms have a responsibility to instigate change.

“Cannes is the place for movies,” Sy says. “There’s no other place like Cannes. It opens minds. We’re all responsible for creating change but Cannes has to lead by example, for sure. We need to find a fair balance. Look at Ladj’s movie (Les Misérables) which debuted there. We need to understand that it’s not always possible, and yet at the same time they have to do it, it’s obligatory. If Cannes doesn’t, no one will.” 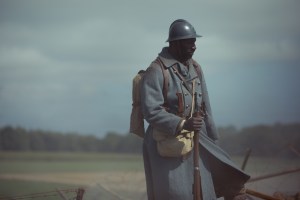 Sy will be on the Croisette this year with a new film, Father & Soldier, about how France recruited men from its former colony Senegal to fight in the French trenches during the First World War. The project has been a long-time passion project of Sy’s and director Mathieu Vadepied, who was DP on The Intouchables.

“We talked about Father & Soldier more than 10 years ago and we have kept talking about it ever since,” says the actor, who has maintained a strong connection to Senegal. “We’re both proud to talk about these French soldiers who are a part of our history. We talk a lot in France about ‘Les Poilu’ (French infantrymen) who fought at Verdun during the First World War, but few people know about the Senegalese ‘Tirailleurs’. I was French before my father came to France and it’s important to remember that many of our ancestors share the same history. At a time when the right in France is gaining more power, I want to remind people what our history is, to understand our past better in order to build a better future.” 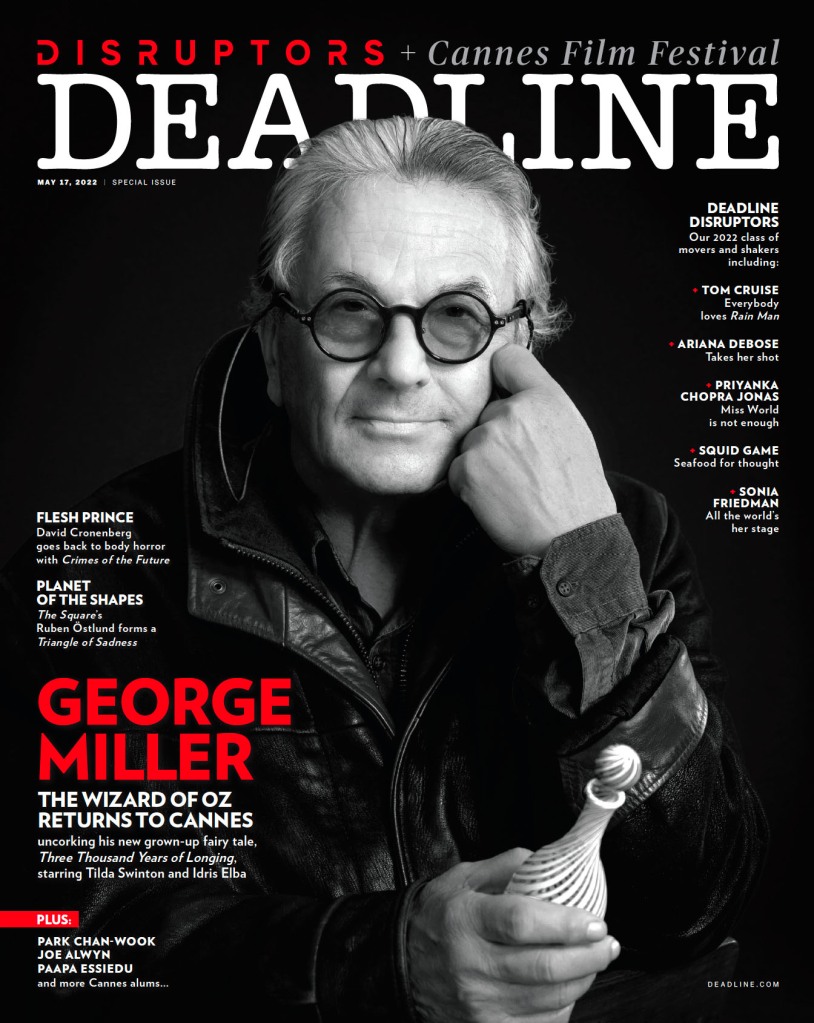 Read the digital edition of Deadline’s Cannes/Disruptors magazine for 2022 here.

As a person and an actor, Sy is impressive in almost every way. How much can there be left on the bucket list, I wonder?

“Producing is on the list because there are so many stories to tell. The best way to help reveal underrepresented stories and new talent is to be a producer; in order to give back opportunities. I’d like to direct one day, but I’m not ready just yet; I’d like to work with more great directors. That’s the best way for me to learn as an actor. I’d like to have the lead in a U.S. movie. I’m just starting, I’m far from done.”

The actor has never been more in-demand. Netflix’s crime comedy The Takedown rolls out this May and Sy has just been set to star alongside Kerry Washington in Lionsgate action movie Shadow Force.

After donning a cape to play Bishop in X-Men: Days of Future Past, could another superhero movie be on the cards? “Of course. On set I’m always like a kid. I’m so happy to have done Father & Soldier, a historical piece, and a year later I’ll be on set with Kerry and (director) Joe Carnahan for Shadow Force. That’s my great fortune as an actor: to be able to learn and explore new things and places.”