Her hair “dyed” — and now they’re trying to revive it.

Louisiana’s Tessica Brown, who went viral earlier this year for using Gorilla Glue as hairspray, has undergone stem cell therapy to revive her hair after a disastrous dye job caused it to fall out.

“I’m just praying that it works,” the greater New Orleans-area native told The Post of the procedure, which went down Wednesday at the La Fue Hair Clinic in Pasadena, Calif. The follicular fiasco had occurred earlier this month after the 39-year-old mother of five attempted to conceal some gray hairs with dye but ended up burning her scalp and losing her luscious locks, a side effect she documented in a TikTok that racked up 2.9 million views.

Brown’s representative Gina Rodriguez claimed that chemicals used to remove the glue from her hair this year interacted with the dye, causing her mane to melt. 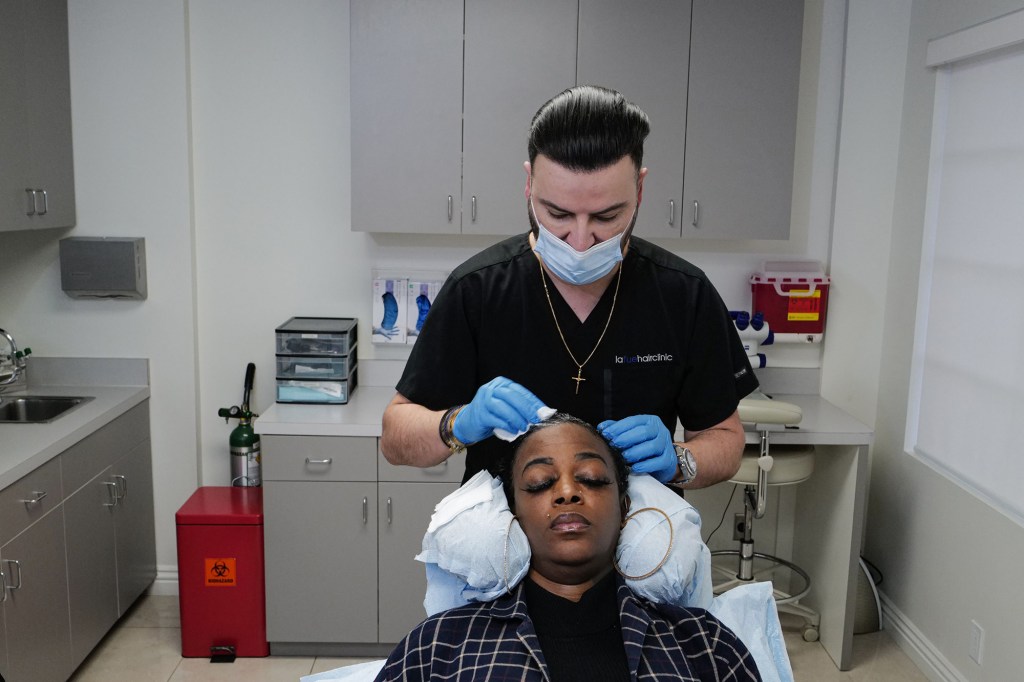 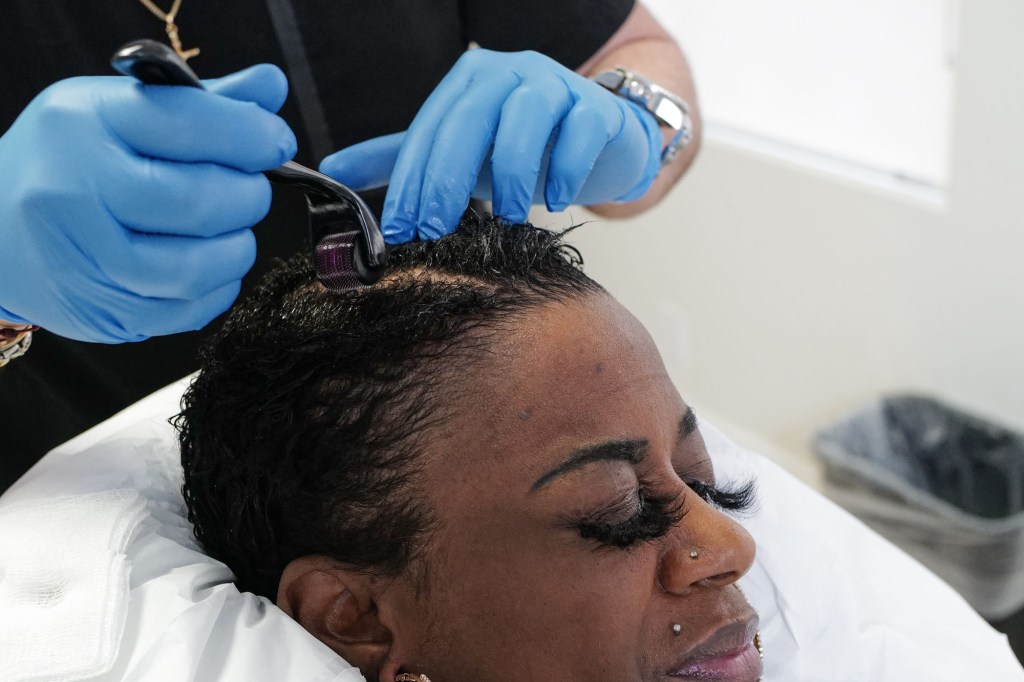 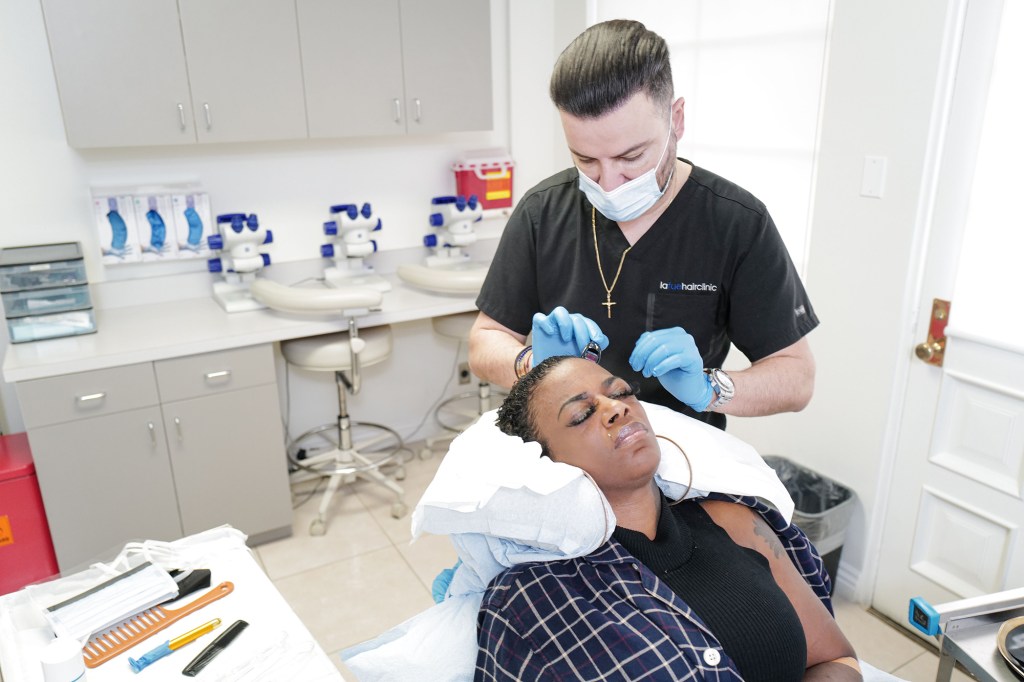 Brown resorted to the novel procedure to regain hair that she lost after trying to conceal gray hair with dye.MEGA

In order to remedy her bad hair day, La Fue hair specialist Jacques Abrahamian employed a combination of platelet-rich plasma and stem cell therapy, services that could cost $4,000 to $6,000.

“PRP uses her own growth factors and platelets found in her blood that heals and rejuvenates the follicles,” Jacques told The Post in a phone call Wednesday. “The other procedure is stem cell therapy, the king when it comes to natural healing and repair.”

The mane maven added: “We mix the PRP and the stem cells, and we inject it using a very fine needle to the areas that have been damaged.”

As a result, not only does the shedding decrease, according to Jacques, but the treatment will “promote new hair growth and expand the life cycle of the existing hairs that she has,” helping her to regain some of its former density. He added that the therapy’s growth-accelerating benefits should take effect in around six to nine months.

“Nothing that’s gonna happen overnight, but the shedding should stop real soon,” a hopeful Brown told The Post. 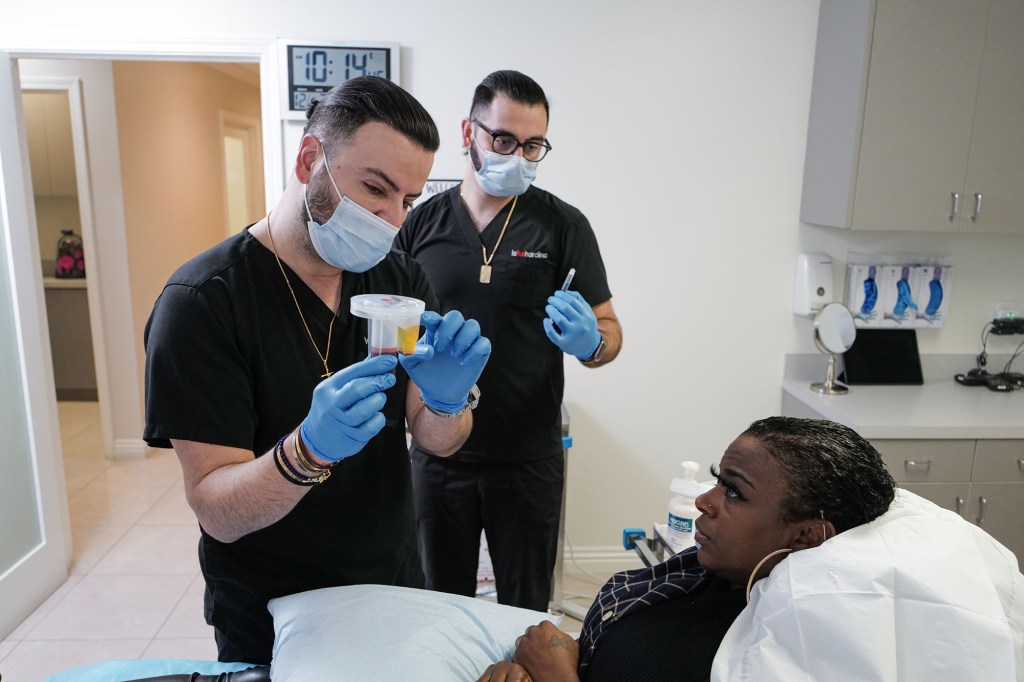 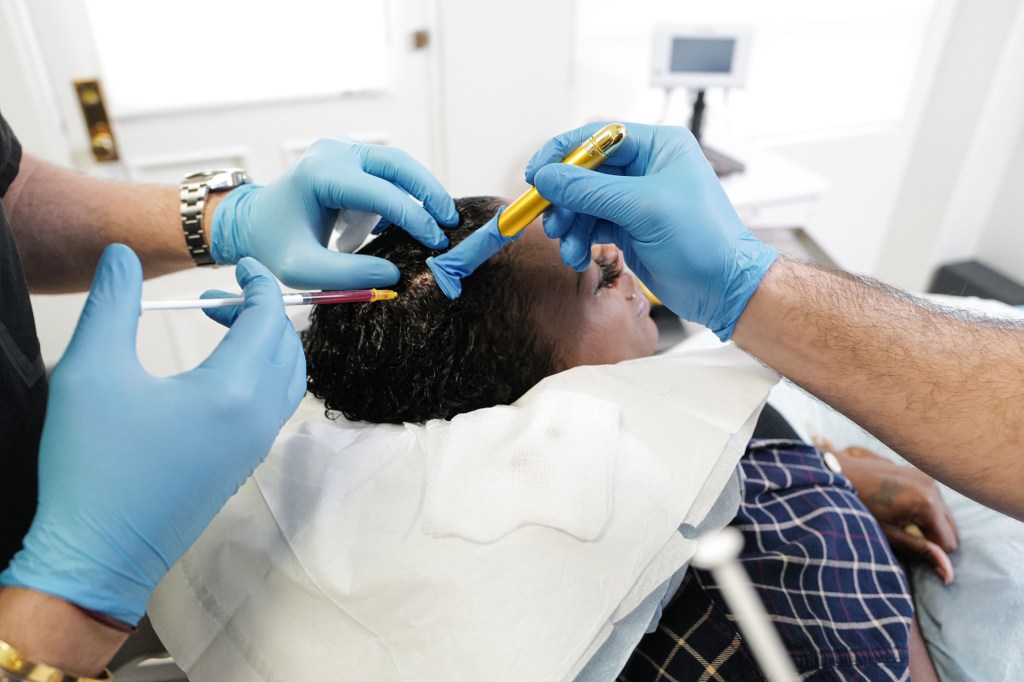 It took two sets of hands to perform the work on Brown’s scalp.MEGA 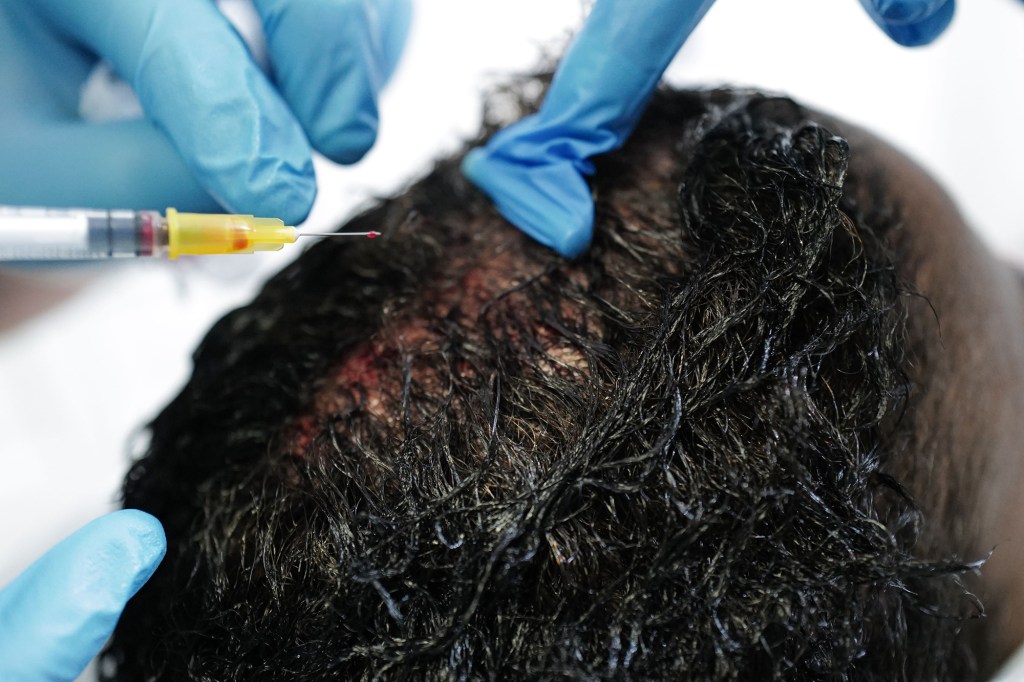 A closeup of the injection site shows where Brown’s hair had been thinned the most.MEGA 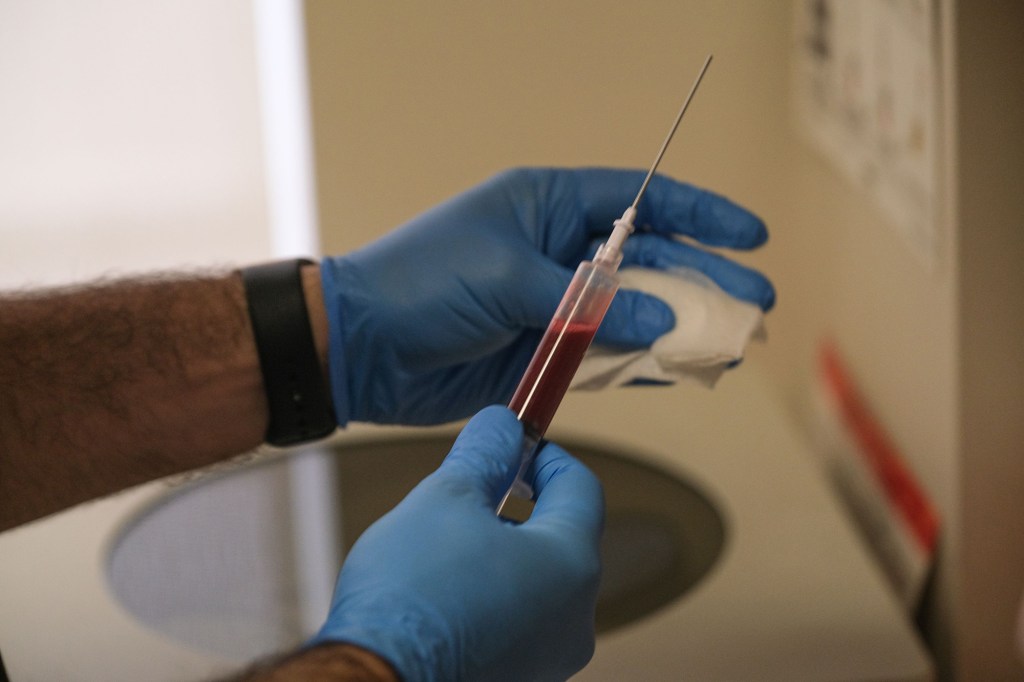 The treatment of this fountain of youth could cost around $6,000. MEGA

The only downside is that “Gorilla Glue girl” will have to wait several months before dyeing her hair again. When the time comes, Abrahamian recommends an “organic hair dye” without paraphenylenediamine, a chemical widely used in conventional hair dyes, which he said caused Brown’s initial allergic reaction.

Brown, for one, is not going to roll the dye when it comes to hair colorants. “I think I’m just going to stick with that,” she said. “At this point, I’m just scared.”

It’s been a long road for Brown, who spawned nationwide facepalms after styling her with Gorilla Glue and sharing her hardship on social media in February. She had resorted to the ill-advised sculpting method as she was late for a date and didn’t have any traditional hair adhesive.

Go figure: The Gorilla Glue wouldn’t come out of her hair no matter how much she washed it and she feared that she was going to lose it entirely. Thankfully, celebrity plastic surgeon Dr. Michael Obeng caught wind of Brown’s sticky situation and rescued her hair via a lengthy operation this past February. 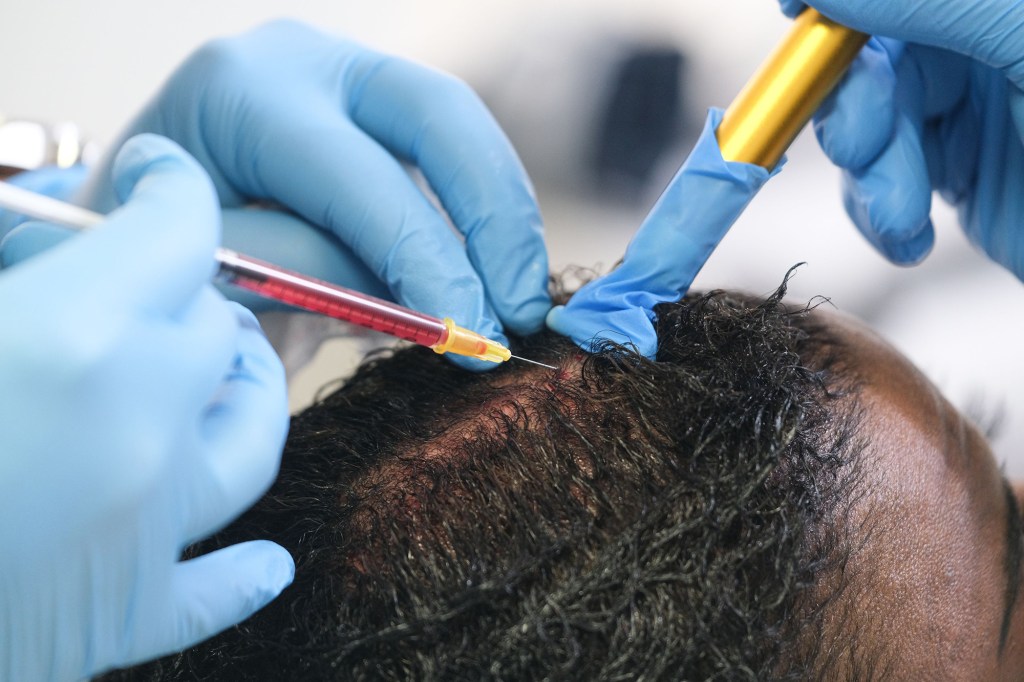 A La Fue hair specialist described stem cells as “king when it comes to natural healing and repair.”MEGA 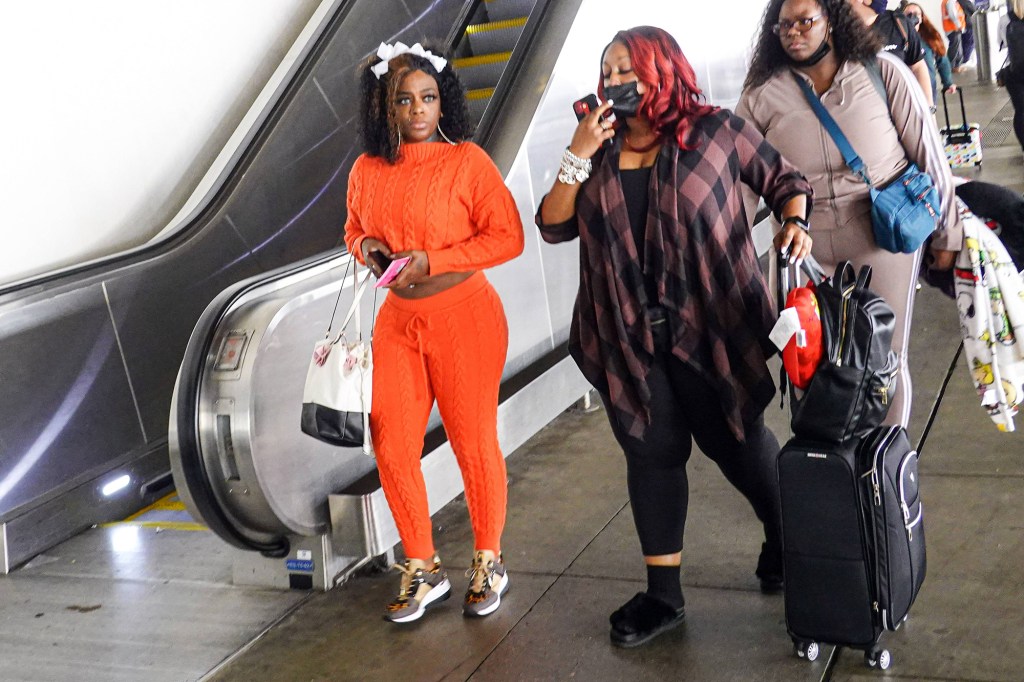 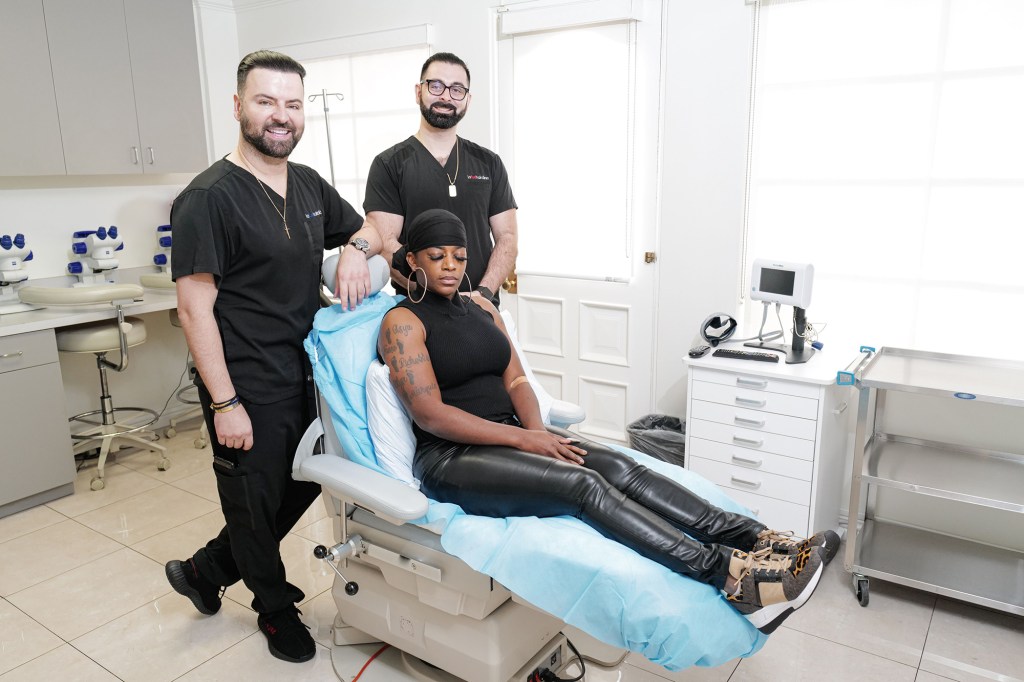 Brown’s cosmetic clinicians say that she will have to use an organic hair dye from now on.MEGA
gorilla cells after recent debacle