However, timing is everything, and the special arrives at a quintessential moment as Gunn is wrapping up the $1.6 billion global grossing Marvel franchise with The Guardians of the Galaxy Vol. 3 in theaters May 5, 2023. 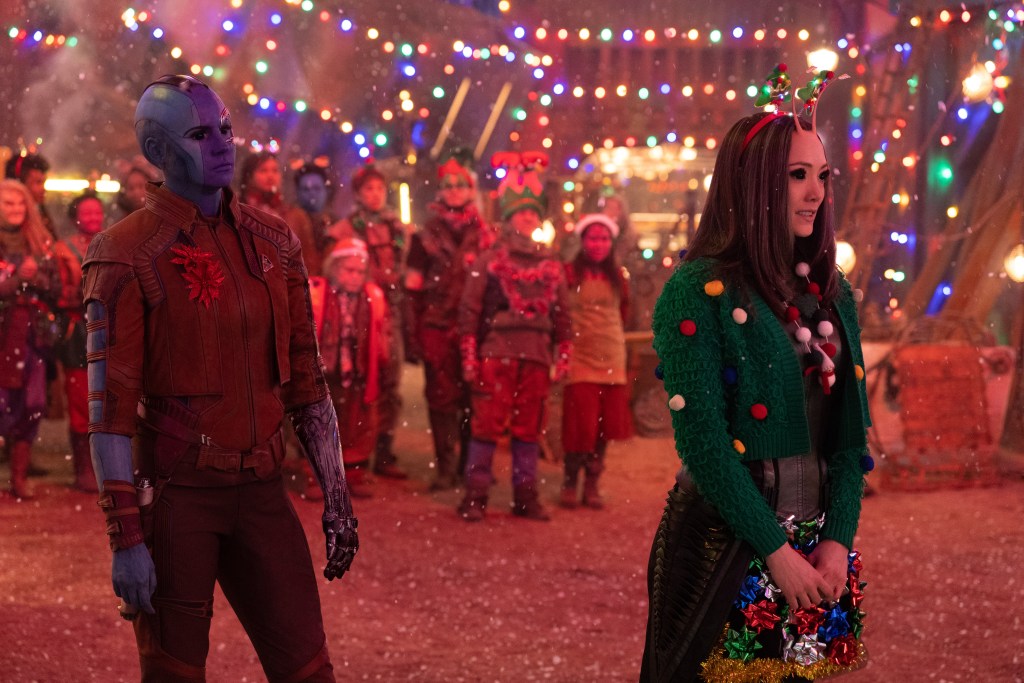 “I used the holiday special as an opportunity to introduce some elements into the Guardians of the Galaxy, so I didn’t have to explain them at the beginning of Volume 3,” Gunn tells Deadline, “It was a trojan horse.”

“I don’t have to talk about where they got (the new Guardians HQ) Nowhere from, or Cosmo being around Nowhere,” explains Gunn who folded the threequel’s new sets into the special, i.e. Nowhere and the new spaceship, The Bowie, “I think you see what Nebula’s role is in the group now: She’s a leader to some degree.”

“We see all these changes since we’ve seen them last,” says the filmmaker.

The mega reveal here in the Holiday special: We learn that Chris Pratt’s Peter Quill and Pom Klementieff’s Mantis are brother and sister, fathered by Kurt Russell’s Ego. 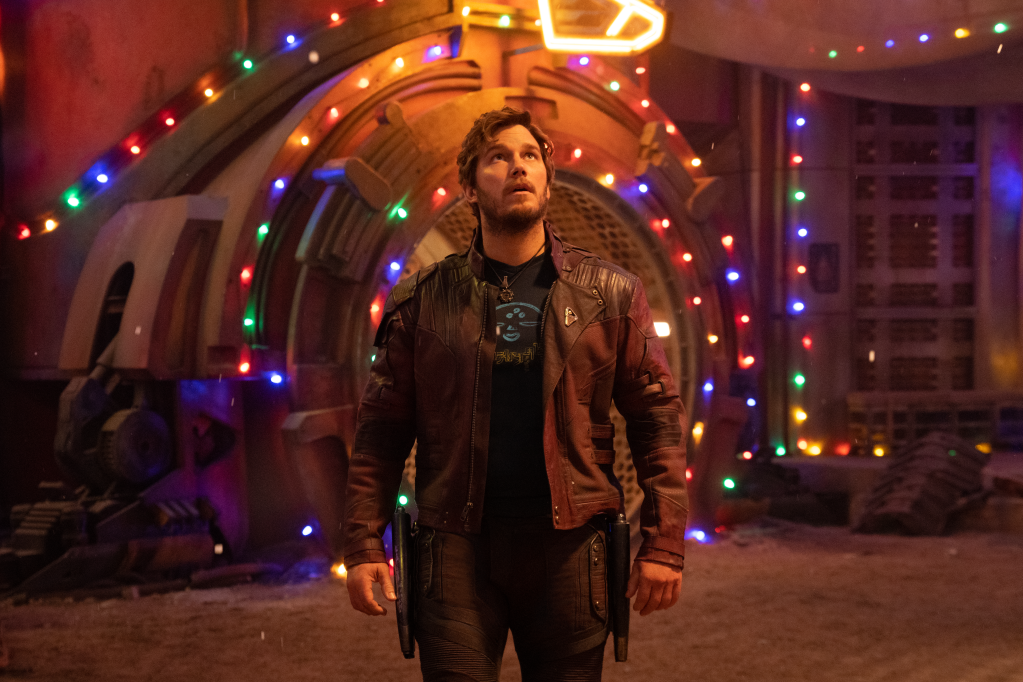 The holiday special was shot simultaneously with Guardians of the Galaxy Vol. 3 in Atlanta “which is an insane experience because Vol. 3 is a serious movie, it deals with these characters’ emotional lives,” he says.

“(Volume 3) has a lot of heaviness in it,” says Gunn, “So shooting that for a few days, and then shooting this goofy thing — these were like my recess days.”

Back at San Diego Comic-Con last summer, where the Vol. 3 trailer was dropped, the new Guardians villain made a cameo in Hall H in full costume, that being the High Evolutionary played by Chukwudi Iwuji who stars on Gunn’s HBO Max DC show Peacemaker.

The High Evolutionary warned Hall H, who he also called “scum”: “Thank you for inspiring me for how vomitous you all are…I can’t wait to dissect all of you and see what I can learn.

Adds Gunn about Volume 3, “It’s about this family of rejects who have found each other, and have come to love each other, and together with the support of each other, maybe come to accept who they are because they all hate themselves, and that’s really what this journey is about.”

Gunn conceived the Holiday Special out of his love for the 1980s cult Star Wars Christmas Special, pitching it to Marvel Studios Boss Kevin Feige, who remained a fan of it. Kevin Bacon playing himself provided plenty of mojo to the new special, the Footloose actor kidnapped by Mantis and Dave Bautista’s Drax. Bacon was an idol of Quill’s, telling Zoe Salanda’s Gamora back in the original movie that the actor was a hero, who saved a town that couldn’t dance. Gunn also tapped his favorite band, the alt-country 1990s group The Old 97s to perform the song he co-wrote with their lead singer Rhett Miller, “I Don’t Know What Christmas Time is, but Christmas Time is Here.”

We previously reported on Gunn talking about his departure from Marvel as he heads to Warner Bros.’ DC Studios as the label’s co-head with Peter Safran. The duo are unveiling their map for the DC universe early next year. Peter Bart: ‘She Said’ Team Should Have...