Brian Houston, the founder of scandal–plagued Hillsong Church, has stepped down from almost all of his positions at the Australia-based megachurch ahead of a looming court date next month.

“I’ve made a decision to step aside from my role on the Hillsong Church boards that oversee the governance of our operations,” Houston, 67, wrote in an email sent to congregants Friday and seen by The Post. “I did this so that these boards can function to their fullest capacity during this season.”

Hillsong did not return The Post’s request for comment.

Houston’s announcement, and the corporate gut restructuring of Hillsong it implies, follows Australian authorities’ August subpoenaing of the pastor. He is charged with concealing alleged child sex offenses committed by his late father, the Pentecostal pastor and pedophile Frank Houston.

“Police will allege in court the man knew information relating to the sexual abuse of a young male in the 1970s and failed to bring that information to the attention of police,” officials for Sydney’s Royal Commission on Institutional Leaders Handling of Sexual Abuse told local outlets at the time.

In a statement received by The Post last month, Houston said: “These charges have come as a shock to me given how transparent I’ve always been about this matter. I vehemently profess my innocence and will defend these charges, and I welcome the opportunity to set the record straight.”

Houston is due to appear in court on Oct. 5. 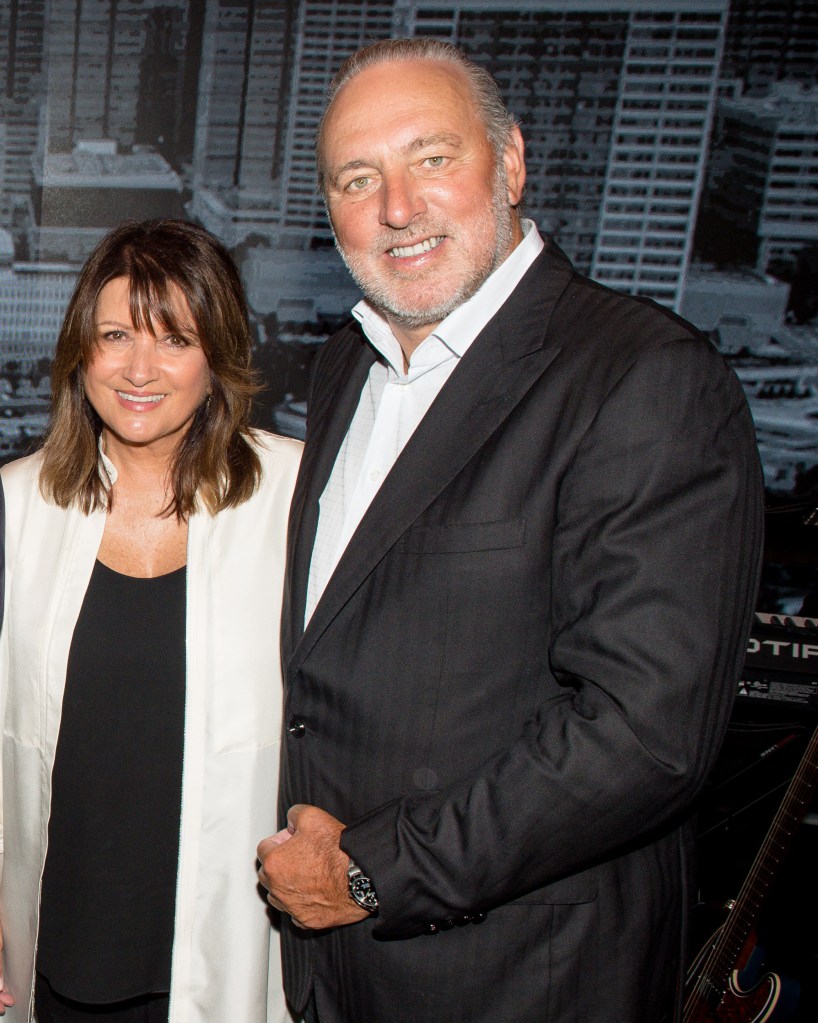 Brian and Bobbie Houston founded Hillsong together in 1983.Getty Images

Despite his formal removal from virtually all church board mastheads, the mentor to Australian Prime Minister Scott Morrison claimed to churchgoers that he’s still running the show at Hillsong, which receives numerous tax exemptions as a registered charity.

“This doesn’t change my role as Global Senior Pastor,” Houston wrote in Friday’s email, which makes no mention of Frank or Brian’s court date next month.

According to an investigation by Aussie news outlet Crikey, Brian’s name has been quietly being removed from various titles since last month, soon after he was subpoenaed: On Aug. 17, 12 days after he was charged, he resigned as Hillsong’s director. He is no longer on 18 of the 19 charities Hillsong has registered with the Australian Charities and Not-for-profit Commission.

And his transition into what was previously deemed a “support role” at the church has been going on for far longer, since February, amid a barrage of multimillion dollar international lawsuits, his wife’s apology for body-shaming slurs and a hard-partying top staffer flaunting wild extramarital sex romps.

Hillsong — which did not return The Post’s request for comment — has yet to make any public announcement of Houston’s resignation, nor the reason for it. The email to congregants followed Crikey publishing its findings.

If convicted, Houston faces a maximum of five years in jail, and may become ineligible to be a company director, Crikey reported.