Gen. Bipin Rawat, chief of defence staff for India's military, was killed along with 12 others on Wednesday in a helicopter crash in southern Tamil Nadu state.

The country's air force said in a tweet that the helicopter "met with a tragic accident."

The dead included Rawat's wife. The air force said one officer, Group Capt. Varun Singh, survived and is being treated in a military hospital.

Public broadcaster Prasar Bharati said the Mi-17V5 helicopter was on its way from an air force base to the army defence services college when it crashed near the town of Coonoor, a hill station in Tamil Nadu. The reason for the crash was not immediately known.

Television images from the crash site showed plumes of smoke billowing from the debris as local residents tried to put out the fire and remove bodies from the wreckage.

Gen Bipin Rawat was an outstanding soldier. A true patriot, he greatly contributed to modernising our armed forces and security apparatus. His insights and perspectives on strategic matters were exceptional. His passing away has saddened me deeply. Om Shanti. pic.twitter.com/YOuQvFT7Et—@narendramodi

Modi calls him 'a true patriot'

The air force said an inquiry has been ordered into the accident.

Rawat, 63, is the country's first chief of defence staff, a position created by the government in 2019. He is also an adviser to the defence ministry and handles co-ordination and integration of the combat capabilities of the armed forces.

Prime Minister Narendra Modi paid tribute to Rawat as "a true patriot" who "greatly contributed to modernizing our armed forces and security apparatus."

In 2015, Rawat oversaw Indian "surgical strikes" into neighbouring Myanmar, when para-commandos entered the country to attack Naga rebels who had ambushed and killed Indian troops. 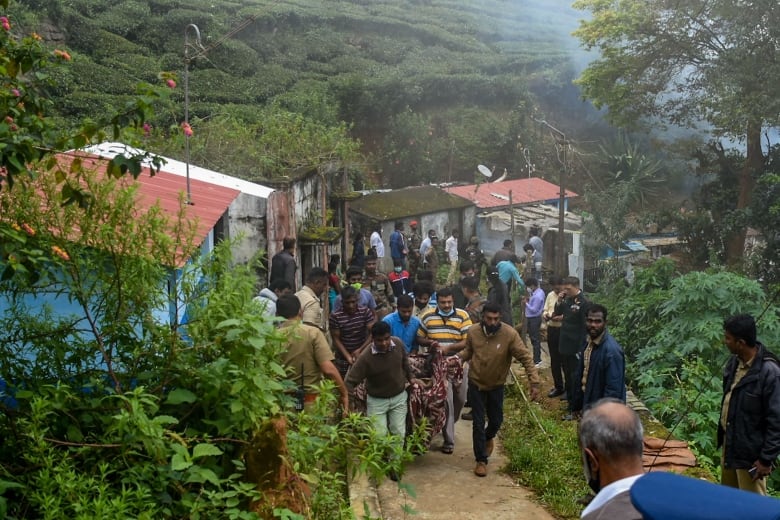 In 2017, he awarded a gallantry medal to an army officer who had tied a civilian to the front of his jeep in Kashmir, where rebels are fighting Indian rule. The incident sparked controversy within India and outside, with rights groups saying the officer used the man as a human shield against stone-throwing protesters. Rawat said the officer's actions were within the rules because the army was facing a "dirty war" in the disputed region and had to fight using "innovative" ways.

He earlier survived a helicopter crash in 2015 in the northeast state of Nagaland.

The type of military transport helicopter that crashed Wednesday, Mi-17V5, is widely used in India by the army and ministers when visiting defence locations.