With all the information and witness testimony heard and seen over three days of hearings into the Jan. 6 riots, perhaps what's most significant is the window into potential charges that could be laid against former U.S. president Donald Trump.

Based on whatever role Trump played in trying to prevent Congress from certifying the 2020 presidential election, those charges could include conspiracy to defraud the United States and conspiracy to obstruct congressional proceedings.

And the hearings may have provided prosecutors with some legal ammunition, some experts suggest.

The central issue is Trump's state of mind, says Randall Eliason, a former assistant U.S. attorney for the District of Columbia.

"Can he claim some kind of good-faith belief that maybe he really had a legitimate basis to contest the election? Or did he know all along that there was really no basis for it, and he went ahead anyway?"

"And all this evidence about people telling him it was bogus … I think there's definitely potential charges there," he said.

In its first three hearings, the House panel investigating the riot laid out the beginnings of its case against Trump — that his lies about the 2020 election, and his pressure on Vice-President Mike Pence to overturn it, directly led to the violence on Jan. 6, 2021.

Only the Justice Department, which has been conducting its own investigation, can lay charges, but the House panel can send the department criminal referrals.

The committee has heard from a number of Trump's former top aides, who said they told him at the time they didn't believe his claims of election fraud.

5 days ago
Duration 3:44
Former U.S. Attorney General Bill Barr told the House committee investigating the Jan. 6 riot at the U.S. Capitol that he considered early claims of fraud in the November 2020 election to be 'bogus and silly.'

"The hearings are providing just this incredible level of detail, and it's coming out of the mouths of the people who were actually there," Eliason said.

"I mean, they just stacked up. There were so many people in his own circle … So that was awfully important."

Alan Rozenshtein, associate professor of law at the University of Minnesota, said he believes the hearings have made it clear that Trump knew shortly after the election that he had lost and "decided that he did not care what the truth really was."

"Literally every single person was telling him — except for [former New York City mayor Rudy] Giuliani — that he had lost," Rozenshtein said.

That, said Rozenshtein, remains to be established.

That's why the testimony of former attorney general Bill Barr is so key, says Ryan Goodman, a law professor at New York University.

Barr's testimony, presented through a video recording, revealed that he had told Trump there was no evidence of voter fraud, that he didn't agree with the idea of saying the election was stolen — yet "there was never an indication of interest in what the actual facts were."

WATCH | Barr explains why he parted ways with Trump:

1 day ago
Duration 2:49
The U.S. congressional committee investigating the Jan. 6 Capitol riot turned its attention to former vice-president Mike Pence. Witnesses from Donald Trump's inner circle told the committee the former president knew asking Pence to overturn the election results was illegal, but he still did it anyway.

"That's very significant," Goodman said. "If President Trump knew — or was deliberately ignorant — that he lost the election, it would be a crime for him to push Pence to interfere with the vote count."

The hearings also heard about a plan by conservative lawyer John Eastman, which he presented to Trump and which aimed to reverse Joe Biden's election victory. It would pressure Pence to reject the vote as he presided over the Jan. 6 joint session of Congress to certify Biden's win. 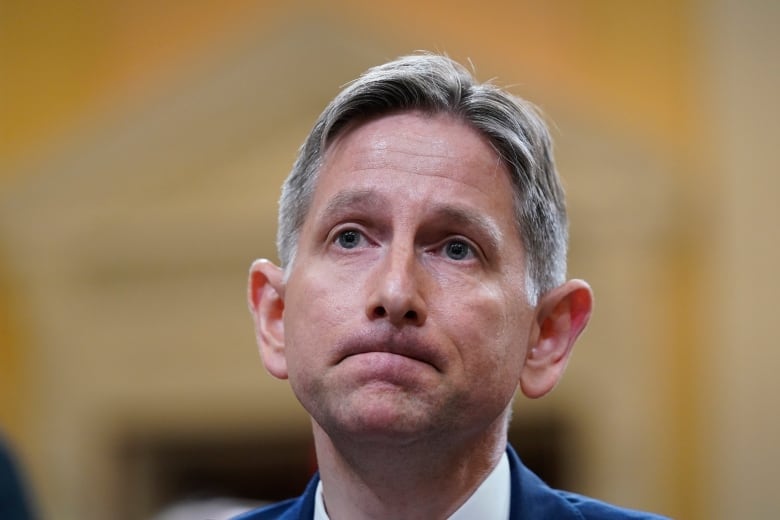 But Greg Jacob, the vice-president's counsel, testified he fended off Eastman's ideas and that Eastman himself admitted to Trump it would have violated several provisions of federal law.

That was a "bombshell," said Goodman.

As for possible prosecution of Trump, "there's still testimony lacking as to the exact state of [his] mind and other details," Goodman said.

"But I still think he has very significant exposure coming out of the hearings so far."

Barbara Perry, director of presidential studies at the University of Virginia's Miller Center, says it's been important to see many of Trump's former aides and advisers, who had been supporting him, change their tune.

Now, she said, they're saying: "'Oh, well, no, I wasn't [supporting him]. And this is what I was saying to him because he was wrong, absolutely wrong, on the Constitution and its interpretation. He was wrong about any kind of fraud. There was no fraud.'"

But she said the hearings have also been particularly effective in "offering the story, the entire story" of the events leading up to and including Jan. 6.

"[The committee is] putting it together in a somewhat chronological narrative and a pretty compelling narrative," Perry said.