Home /
News /
Jason Kenney makes a timely pitch for Alberta oil to U.S. senators. But will it work?

Jason Kenney makes a timely pitch for Alberta oil to U.S. senators. But will it work? With skyrocketing gas prices, Washington scrambling for more oil and the U.S. midterm elections around the corner, Alberta Premier Jason Kenney's appearance before a U.S. Senate committee to pitch his province's oil couldn't come at a better time.

The premier, who has championed his province as a trustworthy source of energy to the U.S., will speak today before the energy and natural resources committee. He was invited by its chair, West Virginia Democrat Joe Manchin, a critical swing vote in the evenly divided Senate, who, just over a month ago, visited Alberta to tour the oil sands and meet with executives and key players in the province's oil industry.

"This is definitely the right time to try to deliver the message in the United States," said Andrew Campbell, executive director of the Energy Institute at Berkeley Haas.

"Whether it will be receptive is hard to know."

His appearance comes as demand for oil is outstripping supply, after Russia's invasion of Ukraine prompted some Western countries to cut their energy ties to Moscow, causing the U.S. to consider seeking other oil suppliers, including unfriendly regimes like Venezuela and Iran.

But it will take "years or decades" for a country like Venezuela to increase its production, according to James Coleman, an energy law professor at Southern Methodist University in Texas. 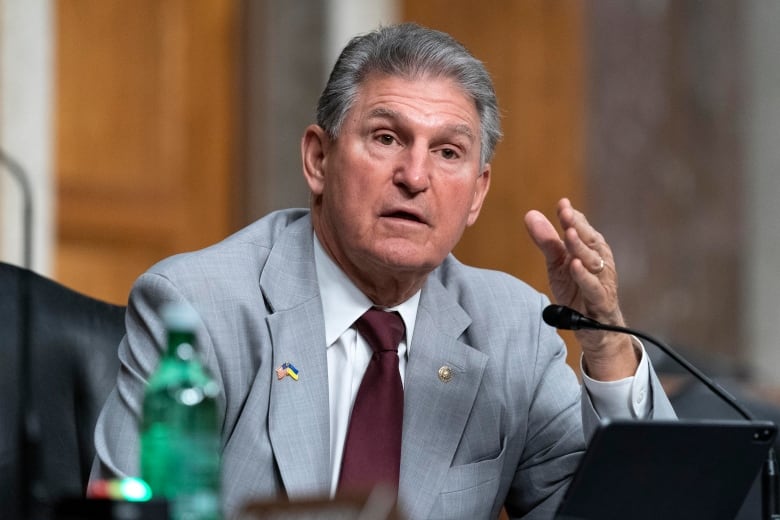 "Well, how much of a better opportunity is Canada?"

Meanwhile, the Wall Street Journal reported last month that the Biden administration officials were seeking ways to boost oil imports from Canada, but with one big caveat — they don't want to resurrect the Keystone XL pipeline.

Not long after being sworn in as president, Joe Biden fulfilled a campaign promise by signing an executive order scuttling the 1,897-kilometre pipeline expansion, as part of the administration's effort to fight climate change.

"I think we've never been in a position of more flux on what exactly U.S. energy policy is," Coleman said. "Obviously we have an administration that came in and, at that time, the [Democrats] seemed to be reasonably unified in terms of restraining oil and gas production.

The committee has an important role in spending and policy bills related to energy. 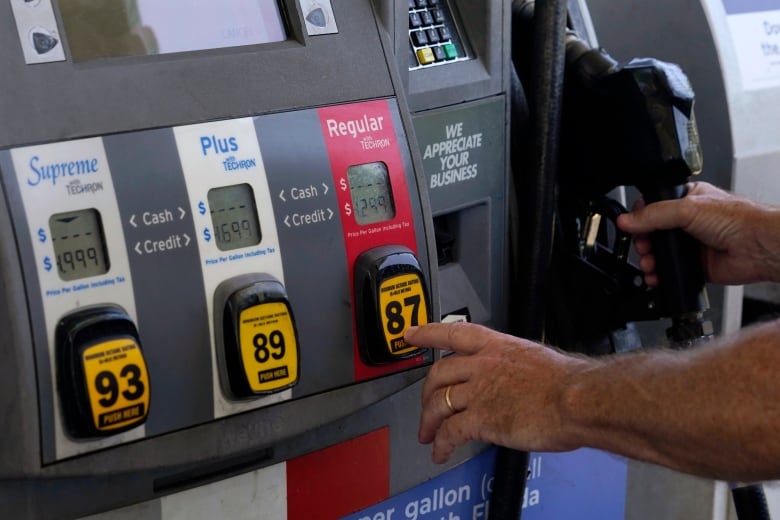 A customer pumps gas at an Exxon gas station, on May 10, in Miami. High gas and oil prices are expected to be a major concern with voters in this fall's U.S. midterm elections. (Marta Lavandier/The Associated Press)

"It's one of the more bipartisan committees and has been for a long time," and, so, is often the source of successful omnibus energy bills, Campbell said.

"That's the reputation of the committee. Both the leading members from the two sides tend to be to the centre of their respective parties."

In terms of energy policy, "it doesn't get any more influential," than the Senate's energy and natural resources committee, according to Maryscott Greenwood, CEO of the Canadian American Business Council in Washington, who has been helping Alberta prepare for this trip to D.C.

"On top of all of that, you have both the chairman of the committee and the ranking member [Wyoming Republican John Barrasso] … together are interested in hearing from the Canadian panel, including the premier," she said.

Despite the committee's bipartisan nature, Republican members have voiced support for Keystone, while almost all the Democrats have opposed it, except for Manchin.

Indeed, the West Virginia senator, who frustrated the Biden administration's plans by rejecting a key spending bill, has said cancelling the pipeline was a mistake and mused about rebranding it in some form.

But high gas and oil prices are a "major voter concern" heading into this fall's midterms which, so far, Republicans have been effective in linking to Democrats said Christopher Sands, director of the Wilson Center Canada Institute.

Kenney's pitch to D.C. is an "opportunity for Democrats to soften their anti-fossil stance and perhaps improve their odds," Sands said in an email to CBC News.

And, unless the midterms change the balance in the Senate, Biden and Democrats must have Manchin's support, he said.

"What will they concede to get it? This is where Kenny's visit could be an opportunity: if Democrats see a favour to Canada and Alberta as not the worst concession they could make ... the hearing could be the start of some constructive negotiations," Sands said.