Back at the BET Awards.

Kanye West put an end to his “hiatus” with a surprise appearance at Sunday’s awards show, presenting Sean “Diddy” Combs with a Lifetime Achievement Award.

The “Stronger” rapper, 45, stunned the audience when he walked onstage, his face completely covered by a hat, sunglasses and a mask.

After calling the Bad Boys Record creator, 52, a “king,” West described going to Combs for “advice” over the years.

“He inspires so many of my choices, so many of my life choices. My wife choices,” the fashion designer joked, referencing his ex Kim Kardashian. “Thanks for that, Puff.”

The record producer went on to address his “little hiatus,” saying, “I said, ‘I just want to declare myself legally dead for a year. I just want to be off the grid.’ Puff is pretty persistent, but I had to think, bro, it’s like, people get amnesia.

“Like, I should never have Puff have to ever call more than one time,” West added. “Any of us in this room if Puff ever need us, we need to jump and be there. This man has been through [and] survived a lot of stuff and broke down a lot of doors so we can be standing. … He broke down so many doors of classism, taste, swag.” 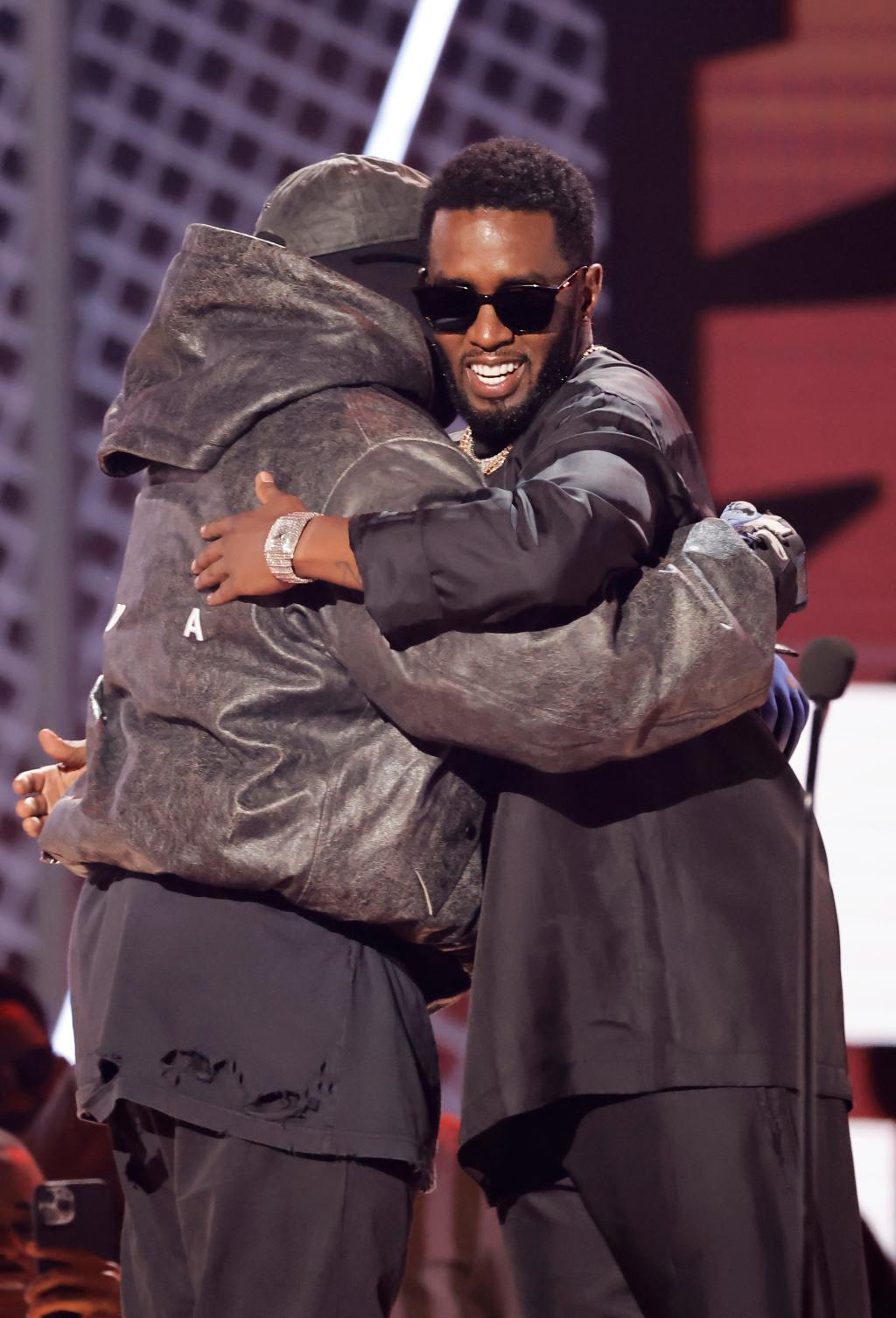 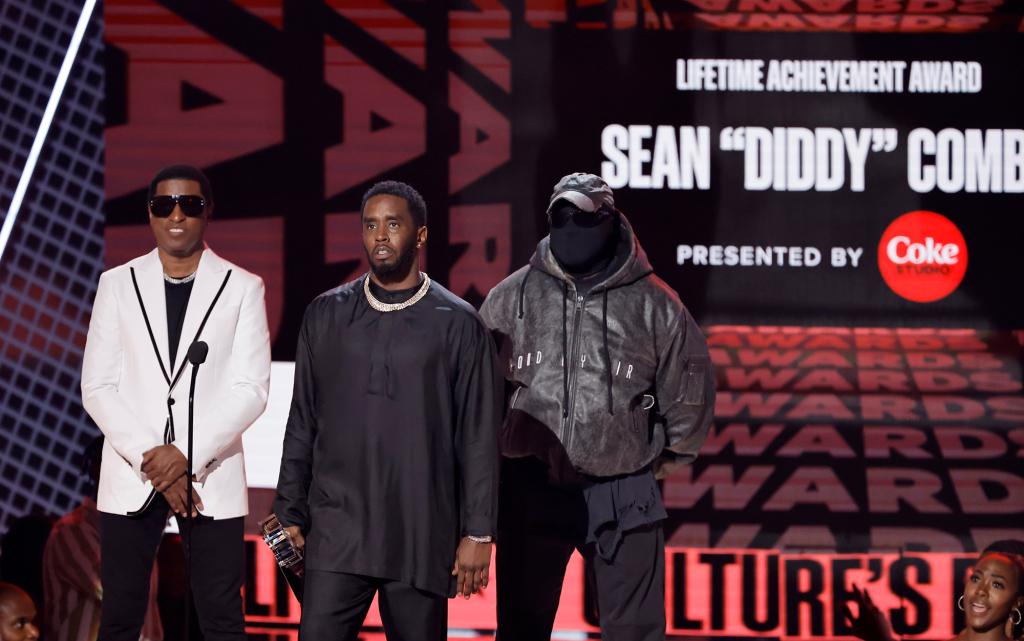 In a new interview, the "Masked Singer" host took ownership...

West referred to Diddy as his “brother” before the duo hugged.

The speech marked the Yeezy creator’s first awards show appearance since he was banned from performing at the Grammy Awards in April.

West, who was nominated for five Grammys, did not attend the show after he was prohibited from taking the stage due to “concerning online behavior.”

The decision came on the heels of the songwriter calling Trevor Noah a racial slur in a since-deleted Instagram post.

West’s account was subsequently suspended from the platform for 24 hours due to violating their policies on hate speech, bullying and harassment.

“What we’re seeing is one of the most powerful, one of the richest women in the world, unable to get her ex to stop texting her, to stop chasing after her, to stop harassing her,” the “Born a Crime” author alleged on his show in March, referencing West’s repeated negative comments about the “Kardashians” star and her boyfriend, Pete Davidson.

However, when West’s Grammys performance was axed the following month, Noah tweeted, “I said counsel Kanye not cancel Kanye.”