From one comedian to the next.

“Saturday Night Live” star Kenan Thompson looked back on working with Chris Farley in January 1997 and admitted he learned a lot from the late great comedian.

Before Thompson, 43, starred on “SNL,” he used his comedic chops on Nickelodeon’s kids’ sketch show, “All That” from 1994 until 1999. There was one skit where Farley — who died in December 1997 from a cocaine and morphine overdose — was a guest star and Thompson got to work with the “pro.”

“It was our chocolate sketch called ‘Cooking with Randy,'” Thompson told People.

“It was one of the greatest days I’ve ever seen,” the Nick alum continued. “I learned literally a wealth of career knowledge in three hours, just watching a pro take direction. But also, do what he wanted. It was amazing.”

Thompson has been on “SNL” for 18 seasons since 2003 and added that he still uses Farley’s “strategies” to help him with his comedic work. 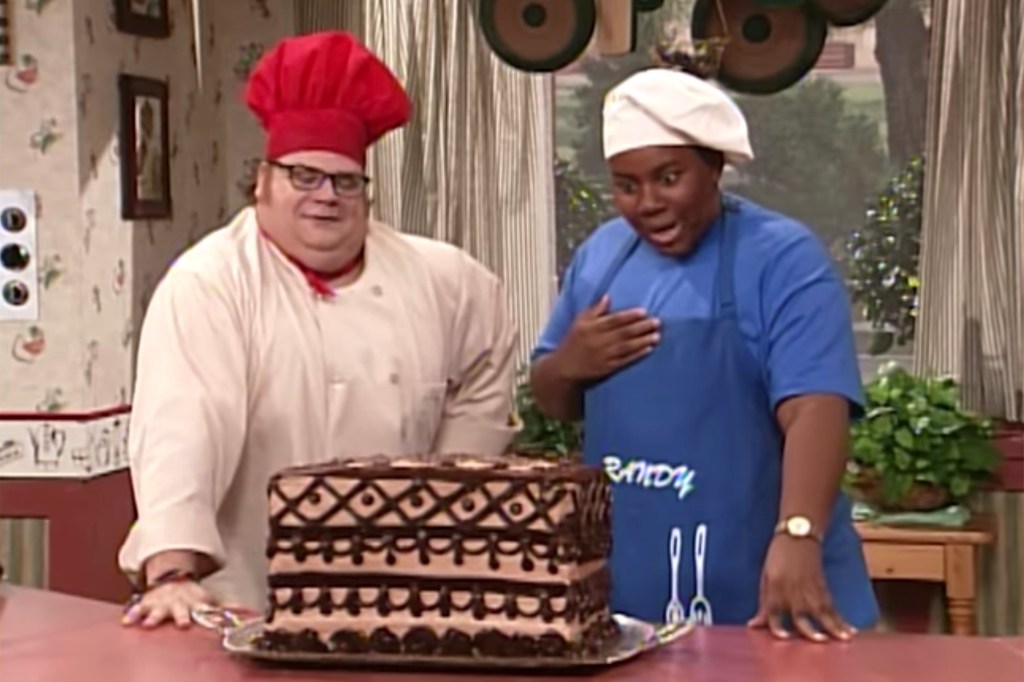 The “Cooking With Randy” sketch.SNL/NBC

“When you walk through those doors and are around those people, you’re on. It’s time to be funny. It’s not time to just be there. It’s time to prove why you’re there. [On the set of ‘All That’] Chris was immediately funny, giving everybody what they expected,” the Emmy winner said. “That part of being a professional goes a long way because we still talk about him being one of the greatest to this day. And that takes serious dedication.”

Another friend of Farley’s, Chris Rock, opened up in May about the last time he saw the funnyman alive. In an interview with Esquire, Rock, 56, looked at an old photo of himself with Farley and pals Adam Sandler and David Spade during one of Rock’s comedy tours — the foursome was known as “The Bad Boys of ‘SNL'” back in the day — and shared the story behind the snapshot.

“This looks like one of the last times I saw Chris alive,” Rock said. “I would see him one more time when I did a gig in Chicago. We tried to hang out afterwards, but … I don’t know if you’ve ever really hung out with an addict. Towards the end, anything that isn’t the drug is a chore.” 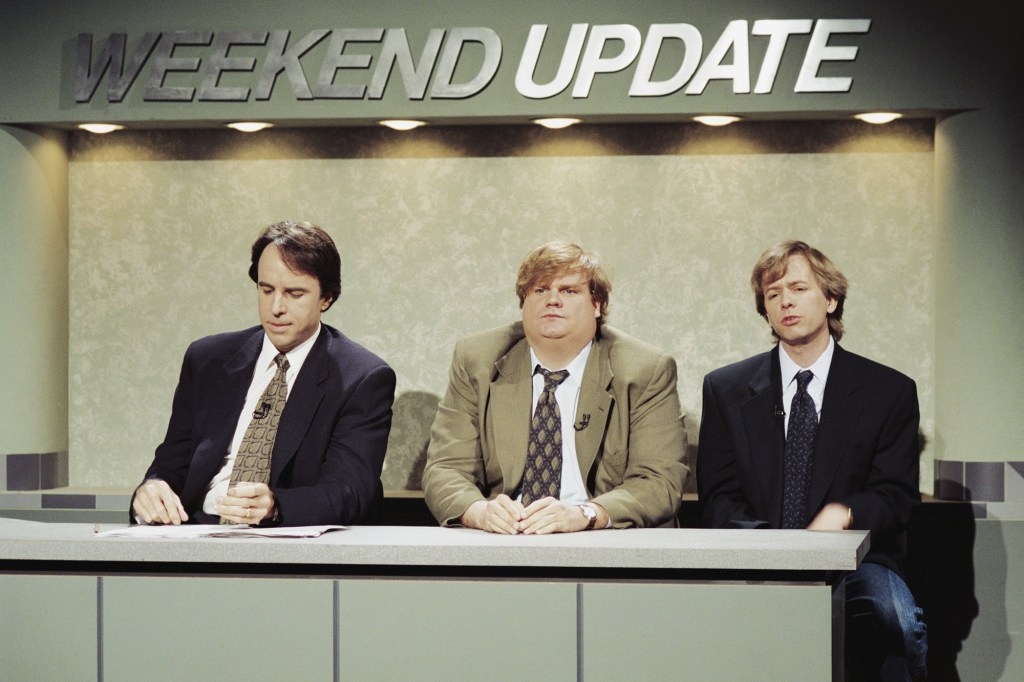 “I remember I was at his apartment,” he continued. “He was showing me his apartment. I leave, I see him out the window, and I was like, ‘That’s probably the last time I’m going to see him.’ I knew.”

The “Grown Ups” star added, “Me, Sandler, Spade and Farley — we shared an office at ‘Saturday Night Live,’” Rock said. “We called it a dorm. We’re friends to this day. I love those guys.”