Kirstie Alley, who won an Emmy for Cheers, starred in numerous movies and went on to lead Veronica’s Closet and appear in numerous unscripted shows, died today of cancer, according to a post on her official Instagram account (read it below). She was 71.

Alley earned five consecutive Lead Actress Emmy nominations from 1988-93 for playing Rebecca Howe on Cheers, having joined the NBC comedy in its sixth season after original star Shelley Long left. She won the Emmy in 1991. Alley also won an Emmy for her starring role in the 1994 telefilm David’s Mother and was nominated in 1998 for her lead turn in NBC’s Veronica Closet. She also had an Emmy nom for a supporting role in the 1997 miniseries The Last Don.

Born on January 12, 1951, in Wichita, Kansas, Alley began her screen career in the late 1970s and played Saavik in the hit 1982 feature Star Trek II: The Wrath of Khan. She landed her first starring TV role in the short-lived ABC drama series Masquerade, opposite Rod Taylor and Greg Evigan. It aired from December 1983-April 1984.

She also continued to land big-screen roles, including 1984’s Runaway and Blind Date, before starring in the popular 1985 miniseries North and South. She reprised her Virgilia Hazard role for the 1986 sequel mini North and South: Book II.

Alley co-starred in Prince of Bel-Air (1986), with Tom Harmon. But then Cheers came calling.

By the time she joined the series, Cheers was a Top 10 smash. Its popularity would continue to grow as her Rebecca Howe joined the sitcom as the bar’s new manager — after Sam Malone (Ted Danson) sold it and returned looking for a job. The famously womanizing Malone instantly was drawn to Howe, but she was a corporate ladder-climber who had no interest in the aging ex-ballplayer. At least at first.

Cheers finished her first season as the No. 3 series in primetime — during the three-network era — and would remain a Top 10 show until ending its 12-season run in May 1993. The “Must-See TV” anchor series finished first No. 1 overall in 1989-90 season with a 21.3 rating.

She appeared in several other mid-’80s features including 1988’s Shoot to Kill, opposite Sidney Poitier and Tom Berenger, but her most recognizable role would be as the star of Look Who’s Talking, the 1988 Amy Heckerling-directed comedy that also featured John Travolta, George Segal and Olympia Dukakis. It spawned a pair of sequels in Look Who’s Talking Too (1990) and Look Who’s Talking now (1993), and Alley starred in both.

She continued to score film and guest TV roles before being as the lead in NBC’s workplace comedy Veronica’s Closet, opposite Kathy Nijimy and Wallace Langham. Alley played Veronica “Ronnie” Chase, a successful businesswoman who led the Victoria’s Secret-like mail-order lingerie company and also authored The Guide to a Fairy Tale Marriage. But when her husband leaves for a younger woman, Ronnie vents her frustrations on her put-upon staff. 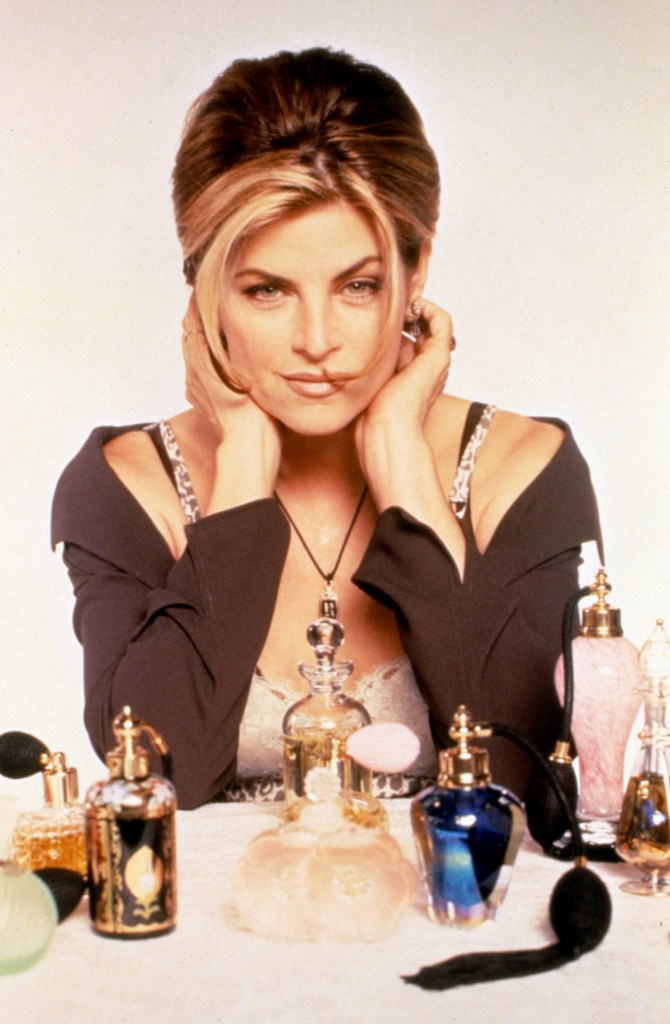 Debuting in September 1997, the series was an initial smash, finishing that season as the No. 3 series in primetime. It tied for fifth in the 1998-99 season — which included a guest shot by Danson as a lecherous old crush who arrives on a plumbing call — but then fell out of favor with viewers and wrapped in June 2000 as reality TV began to hit the U.S. airwaves.

As the Internet went mainstream, Alley endured negative publicity about her weight. In 2005, she toplined the semi-scripted Showtime series Fat Actress, playing a version of herself as a once-popular TV star trying to make it back to the spotlight. The series lasted one season, and Alley began to do commercials for Jenny Craig.

In 2013, she toplined Kirstie, a TV Land sitcom about a Broadway actress who reconnects with the son she’d given up at birth (Eric Peterson). Michael Richards and Alley’s former Cheers castmate Rhea Perlman co-starred in the sitcom that aired in 2013-14.

By then, Alley had begun a second career in reality TV. She chronicled her weight-loss journey in Kirstie Alley’s Big Life, which aired for one season on A&E but got the star to reach her goal weight. In 2011, Alley was a contestants in Season 12 of Dancing with the Stars, partnered with Maksim Chmerkovskiy. There were runners-up to Hines Ward and Kym Johnson. 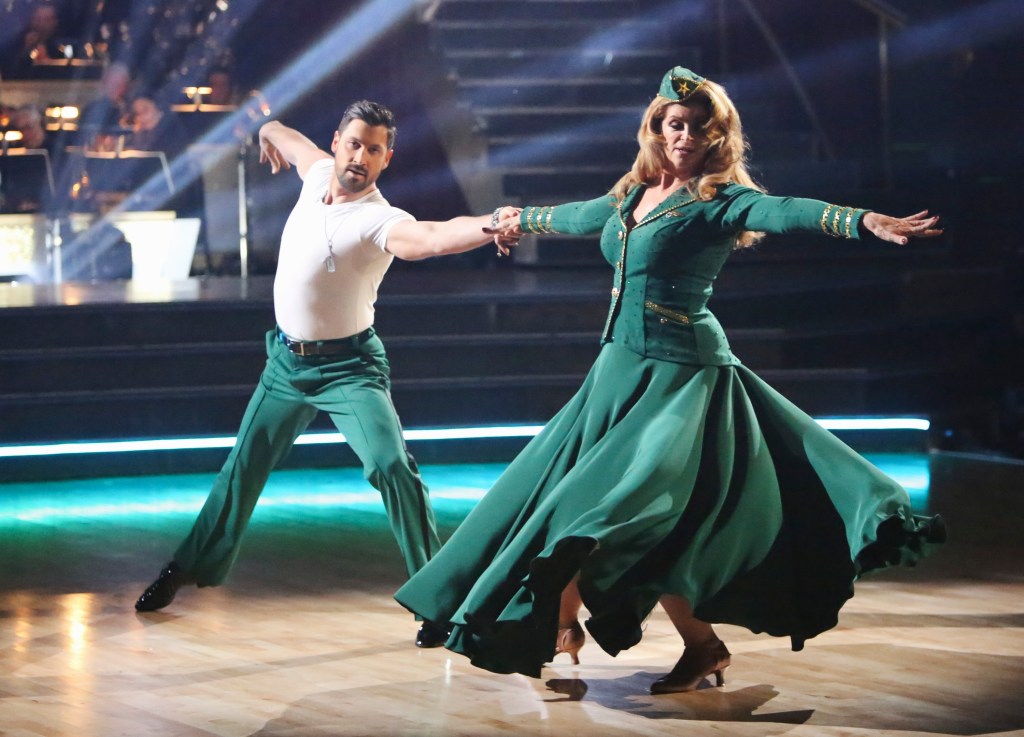 Chmerkovskiy and Alley on ‘Dancing with the Stars’ (Everett Collection)

Alley then crossed the Atlantic and was cast in the 2015 UK reality series Time Crashers, which followed a group of celebrities as they are transported to experience life of the “lower classes.” In 2018 she returned to the UK as a housemate on Celebrity Big Brother 22, where she ended up placing second. Her last reality show appearance was as Baby Mammoth on Fox’s The Masked Singer this year.

Her most recent series roles were guesting on The Goldbergs, Flaked and The Middle, along wioth a season-long arc on the Fox horror comedy Scream Queens in 2016.

All the while, Alley was a popular guest on talkers including Late Show with David Letterman, The Tonight Show with Jay Leno, The Oprah Winfrey Show, The View, The Talk, Rachael Ray, The Wendy Williams Show, Jimmy Kimmel Live! and The Rosie O’Donnell Show. She also appeared on numerous awards shows and game shows.

To all our friends, far and wide around the world…

We are sad to inform you that our incredible, fierce and loving mother has passed away after a battle with cancer, only recently discovered.

She was surrounded by her closest family and fought with great strength, leaving us with a certainty of her never-ending joy of living and whatever adventures lie ahead. As iconic as she was on screen, she was an even more amazing mother and grandmother.

We are grateful to the incredible team of doctors and nurses at the Moffitt Cancer Center for their care.

Our mother’s zest and passion for life, her children, grandchildren and her many animals, not to mention her eternal joy of creating, were unparalleled and leave us inspired to live life to the fullest just as she did.

We thank you for your love and prayers and ask that you respect our privacy at this difficult time.