The acquittal of Kyle Rittenhouse on all charges is not a surprise to some Wisconsin legal analysts who say the prosecution always faced a difficult challenge of arguing the teen did not fire his gun in self-defence.

"I think the way in which self-defence is defined in the law in Wisconsin, this was going to be a difficult charge to prove," said John Gross, a law professor at the University of Wisconsin-Madison and director of the Public Defender Project.

Gross said from the start of the trial he and his legal colleagues — both prosecutors and defence attorneys — observed that, "Unless the prosecution does something really remarkable here or shows us some evidence that we're unaware of, we just do not see this ending in a conviction."

Rittenhouse, 18,  was charged with homicide, attempted homicide and recklessly endangering safety for killing two men — Joseph Rosenbaum and Anthony Huber — and wounding a third, Gaige Grosskreutz — with an AR-style semi-automatic rifle in the summer of 2020 during a tumultuous night of protests over the shooting of a Black man, Jacob Blake, by a white Kenosha police officer.

Rittenhouse, then 17 and a former police youth cadet, said he went to Kenosha to protect property from rioters. He is white, as were those he shot. But the case became a flashpoint in the nation's debate over guns, vigilantism and racial injustice.

Supporters saw him as a patriot who wanted to stop lawlessness and exercised his Second Amendment right to carry a gun and to defend himself.

Critics saw him as a vigilante, with some accusing him of being a white supremacist, a charge denied by his family. Those outraged with the verdict claimed a double standard at work — that a Black man charged with the same crimes would have been found guilty.

Gross said he understands the reaction and expected people would be upset with the verdict, but: "You can't say the jury got this wrong. They did not get it wrong."

'The result that the law dictated'

Self-defence law in Wisconsin, which is generally consistent across the states, allows for an individual to use deadly force when they reasonably believe deadly force or serious force that could cause great bodily harm or death is about to be used against them, Gross said.

"The prosecution [had] to convince the jury beyond a reasonable doubt that [Rittenhouse] was not, in fact, acting in self-defence," he said. 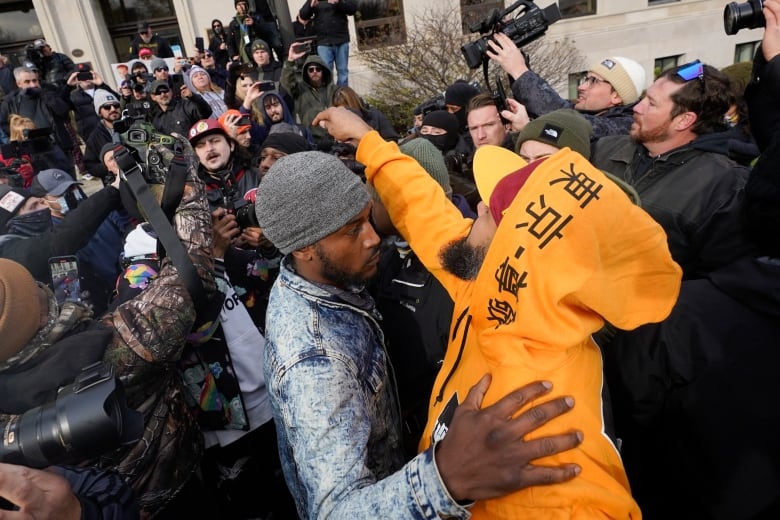 With that burden being placed on the prosecution and with the law allowing Rittenhouse to assert the defence, "this is the result that the law dictated in this case."

"I almost think the prosecution did a bit of a disservice by presenting the case in the way that they did," Gross said. "They really wanted to try to make the case to the jury that Mr. Rittenhouse was some type of a vigilante and that he was coming to Kenosha looking to shoot people."

Rittenhouse told the jury that earlier that evening Rosenbaum threatened to kill him twice. He said he opened fire after Rosenbaum chased him and made a grab for his gun. He said he was afraid his rifle was going to be wrested away and used to kill him.

Huber was then killed after hitting Rittenhouse in the head or neck with a skateboard, and Grosskreutz was shot after pointing a gun of his own at Rittenhouse.

"Somebody threatens to kill you and then they're trying to get a gun away from you. Well, is it reasonable for you to think that they might be trying to get the gun to shoot you?" Gross said.

Wisconsin-based defence attorney and former prosecutor Julius Kim said that for those following the case, the verdict did not come as a surprise to many, even if they wanted to see Rittenhouse convicted.

"[They] weren't surprised by the verdict because when they saw the videos … they could see how a jury might have a hard time seeing that he wasn't defending himself," he said.

The prosecution had to disprove self-defence beyond a reasonable doubt but was stuck with a chaotic scene, supported by video evidence, of people coming after Rittenhouse that evening, Kim said.

"The question is could a jury come to the conclusion beyond a reasonable doubt that Kyle Rittenhouse was not in fear of imminent death and great bodily harm? They just couldn't come to that conclusion. And the big thing is a tie goes to the defendant."

10 days ago
Taking the stand in his defence at his murder trial, Kyle Rittenhouse broke down describing why he shot two unarmed men with an assault rifle during a protest of a police shooting in Kenosha, Wisc., in 2020. 2:31

Paul E. Bucher, a criminal defence attorney and former district attorney, said he wasn't surprised by the verdict. He believed the prosecution "lost their way, and they lost their focus."

The prosecution spent too much time trying to prove that Rittenhouse intentionally tried to kill someone, he said.

"Did he shoot and kill these gentlemen? Yes, he admitted it. So why are you spending time on it? They didn't spend much time on disproving self-defence," Bucher said.

'What was he thinking?'

Bucher said he would have called in use-of-force experts, psychologists or psychiatrists "because now we're focused on Rittenhouse's mind.

"What was he thinking?  Was it reasonable and was the amount of force used reasonable? I didn't see that and I was surprised. They kind of blew it off." 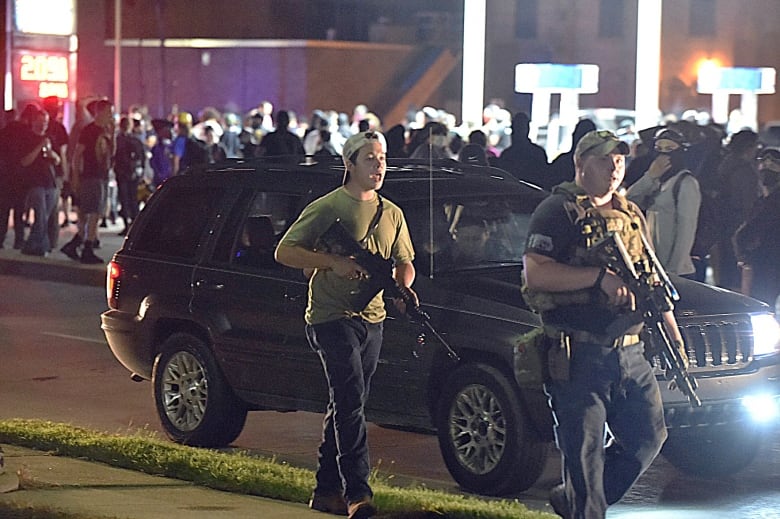 Steven Wright, a clinical associate professor of law at the University of Wisconsin-Madison, said he believes some of those who are surprised by the verdict may have been influenced by Rittenhouse's actions before the shooting — coming in from Illinois to Wisconsin during the Blake protests and saying he was there to defend private property while armed with an AR-style semi-automatic rifle.

'None of that was illegal'

"None of that was illegal in the United States," Wright said. "Once you accept that, you just have to look at the facts of what happened that night."

Wright felt the prosecution and defence both put forward "really, really strong" cases, but "the defence did a very, very good job of saying, 'You know what? You can't say that his conduct was unreasonable beyond a reasonable doubt."

He also said the verdict may have been a "function of the Kenosha community."

"They looked at the case and they said, you know, according to our values, our communal values, Mr. Rittenhouse was threatened."

Wright said that Rittenhouse, who testified at the trial, helped himself greatly by taking the stand and that he was impressed by how well he weathered hours of cross-examination by the prosecution.

"I can't remember a single major slip-up," he said. "It was clear that he had practised."