Layer has a new way to tackle an old problem: how brands and game companies can get together and cut mutually beneficial licensing deals.

Back in May, the Brisbane, Australia-based company announced it had raised more than $3 million in funding for its marketplace for licensing in anticipation of the coming metaverse, the universe of virtual worlds that are all interconnected, like in novels such as Snow Crash and Ready Player One.

It was started last year by Rachit Moti and Chris Illuk, who were able to work on it full-time because they got into the Starmate accelerator. They raised the money from Carthona Capital, Aura Ventures, TEN13, Flying Fox, Black Sheep Capital, Luxem and Tribe Ventures. The IP marketplace connects game companies that are seeking licenses with intellectual property owners who want to get their brands into new places, including games where hard-to-reach demographics are found.

“It’s clear that monetization has changed. And these metaverse-like worlds that people are building are trying to be really immersive, right?” Moti said in an interview with GamesBeat. “They’re trying to be really, culturally relevant. And I was wondering how they’re going to do all of this licensing when it is so hard to get one track. And so we actually started just reaching out to both sides and started speaking to Hollywood producers and film teams and toy licensors and game teams. And what we really found was licensing was hard.” 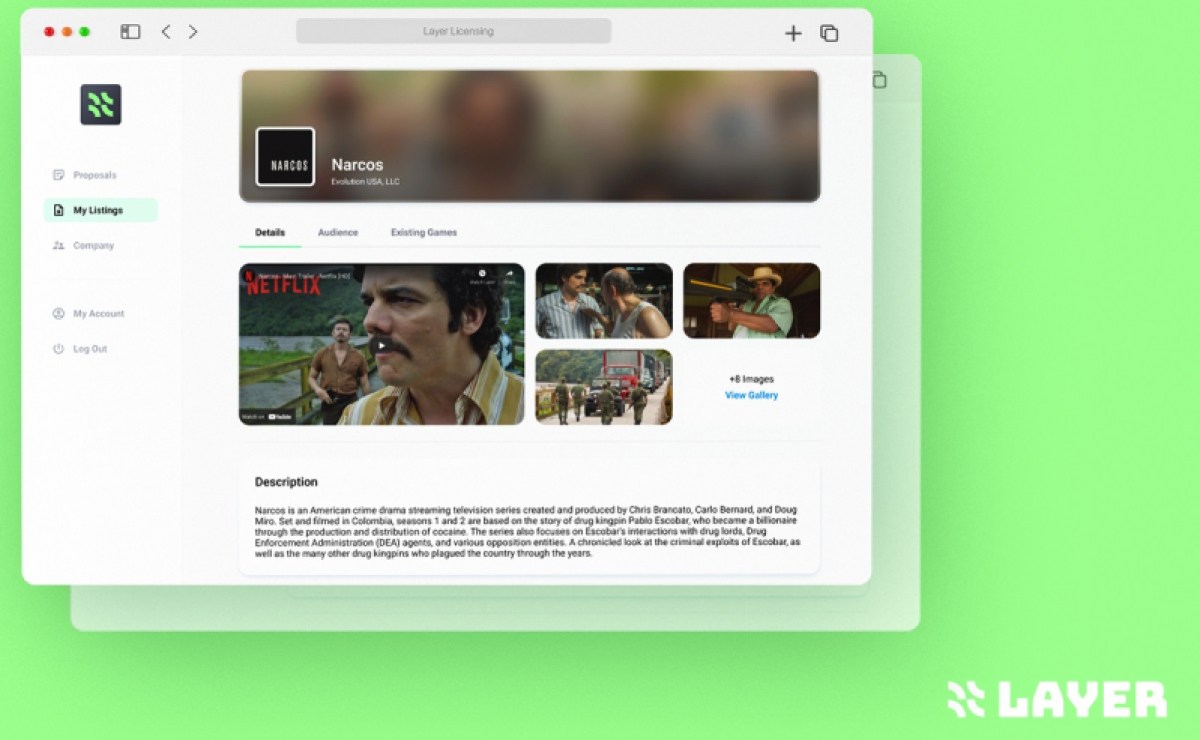 The marketplace can be used to connect everything from characters to films. Brands such as Care Bears, Animal Planet, Bruce Lee and Snickers are using it. And game companies using it include Rogue, Addicting Games, Illuvium, Trove, Stillfront, Ready Player Me, Play Way, GoNoodle, Gamigo Group, Aceviral, AviaGames, Shockwave, Crikey and Bookful.

“We can help you know these IP owners and these rights holders navigate the gaming space,” Moti said. “For game companies, it’s about licensing brands that will make fans love our product more.”

Moti and Illuk started last August in the accelerator. And over seven weeks they built their minimum viable product. Now they have hundreds of assets in the platform. The aim is to take the inefficiency out of the market and change the way brands and game companies meet each other and do deals.

Moti said he spent thousands of hours playing games, but he didn’t have an easy time finding a career in games. He wound up in tech and player in a rock band on the side.

The concept for Layer came about after Moti licensed a song from his now-defunct band into a NASCAR racing game. The song, The More You Know, made it into NASCAR Heat 3. Illuk was struck by the legal complexities and opaque nature of the licensing process. They teamed up to democratize IP licensing by streamlining and simplifying the whole process.

“It was really cool for a little band to have a song and a soundtrack,” he said. “That’s the dream. But from a tech perspective, it was really interesting to see there wasn’t a more efficient way to make this happen.” 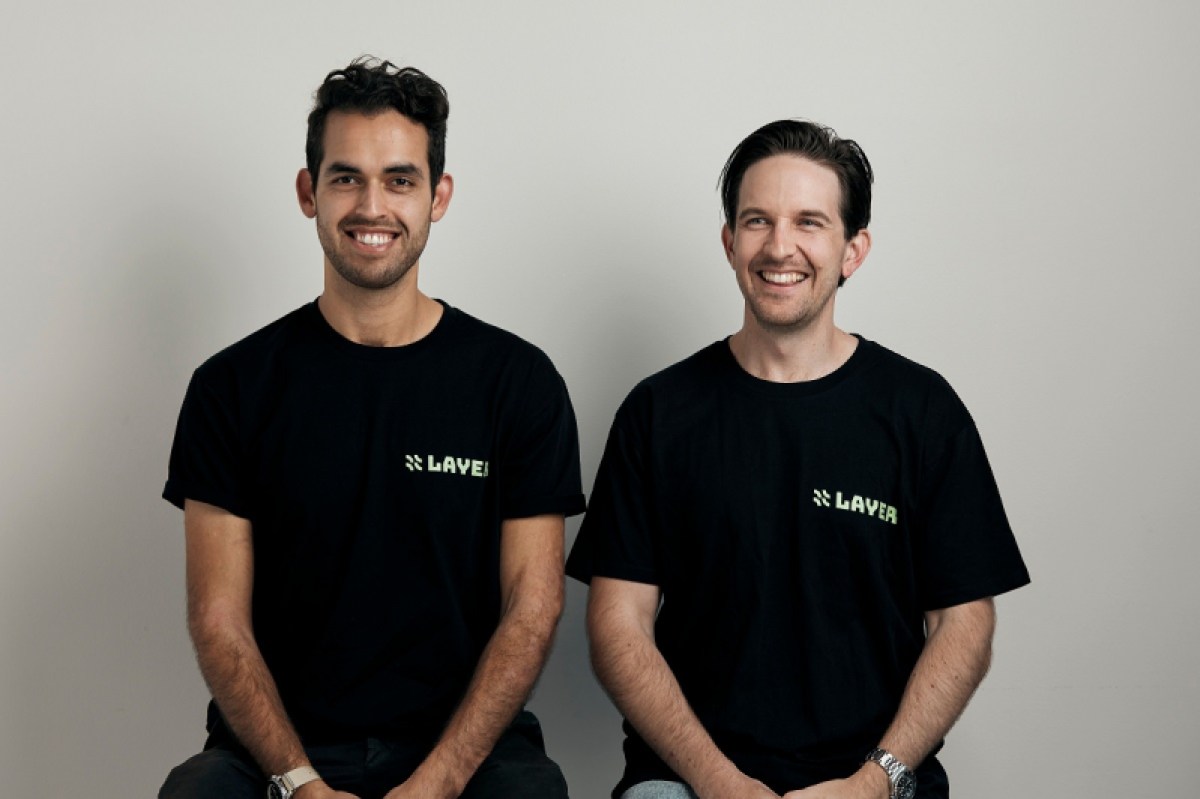 Rachit Moti (left) and Chris Illuk are the founders of Layer.

Layer matches game developers to IP holders’ profiles based on commercial requirements, audience overlap and thematic fit. For instance, a developer working on a new game aimed at children can join the platform and be matched with popular children’s characters based on the parameters they set. Once two companies are happy with a match, they can proceed to the negotiation phase to agree on commercial terms, all of which is handled within the platform.

“We’re building a managed marketplace where, if a match is pushed, if you’re a developer receiving that match with Care Bears, for example, then it will say this IP is a fit for you,” Moti said.

The game developers can access the platform for free. But the licensors have to pay since Layer brings them a better understanding of the game market as well as paying publishers and developers who want to license their properties. So Layer gets a cut from the licensors. 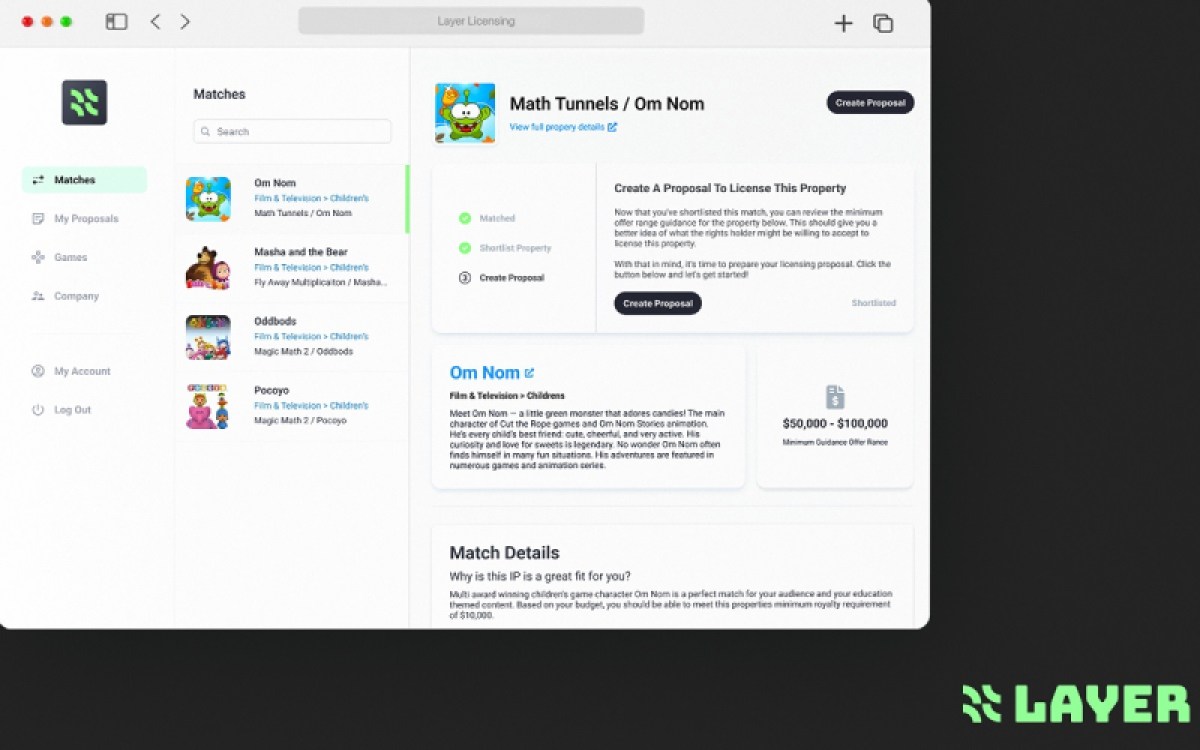 “Our competition is really the old way of doing things,” Moti said. “Right now, the companies at the top of the market have an unfair advantage, as they have the time and people to do the work. From a software or tech perspective, we haven’t come across anyone who is opening up this space and focusing on licensing for games specifically. In the last few years, the companies have realized that gaming is really large and it’s incredibly diverse.”

More than 90 game companies and 180 brands are using it.

“That is across publishers from small self-publishing developers who have a team of five or 10, to the larger side,” he said. “Now we’re at the point where we’re really scaling the game side. And that that number is increasing rapidly. And we’re starting to see bigger and bigger names onboarding in the publishing space.

And Layer doesn’t have an army of lawyers behind the curtain. It has a team of 12.

Of course, we’re all going to run into trouble when we think about intellectual property rights for works of art that are created by artificial intelligence, like DALL-E from the OpenAI Foundation or MidJourney. The attorneys are only beginning to figure out who has the right to art created by AI.