The spread of the infectious variant is being blamed for increases in case numbers locally. Ferrer noted that over the last seven days, the county has been averaging 878 new cases per day, up from 660 per day the previous week — a roughly 33% increase.

The most recent day’s data is even more stark, with 1,088 new cases being reported today, a number which Ferrer says is “undercount on test results” because many more people are using at-home antigen kits, the results of which are not reported.

The rate of people testing positive has likewise slowly climbed, from 0.8% on Tuesday to 1.0% today. 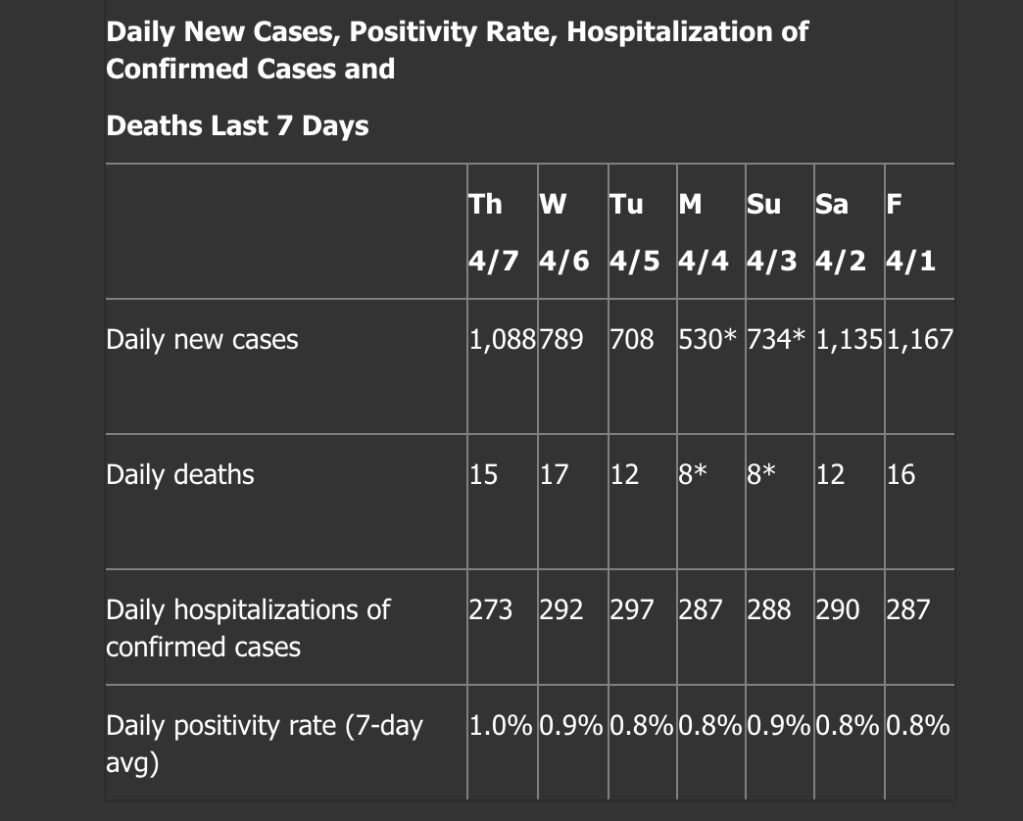 But while the increase in cases is disturbing, the rise has thankfully not translated into surges of hospital patients.

Ferrer said the number of Covid-positive patients in county hospitals has remained below 300 — reaching 273 as of Thursday, according to state figures.

And the daily number of deaths attributed to the virus continues falling, averaging 13 per day over the past week, compared to 17 per day a week earlier.

She expressed some concern about recent increases in school outbreaks, however. The county reported a total of 14 over the past week, among them an instance Ferrer called “one of the largest outbreaks that we’ve had since the beginning of the pandemic, I think, in a K-12 school.”

And beyond the size of that single outbreak, said Ferrer, “We’ve more than tripled the number of new [school] outbreaks this week.” 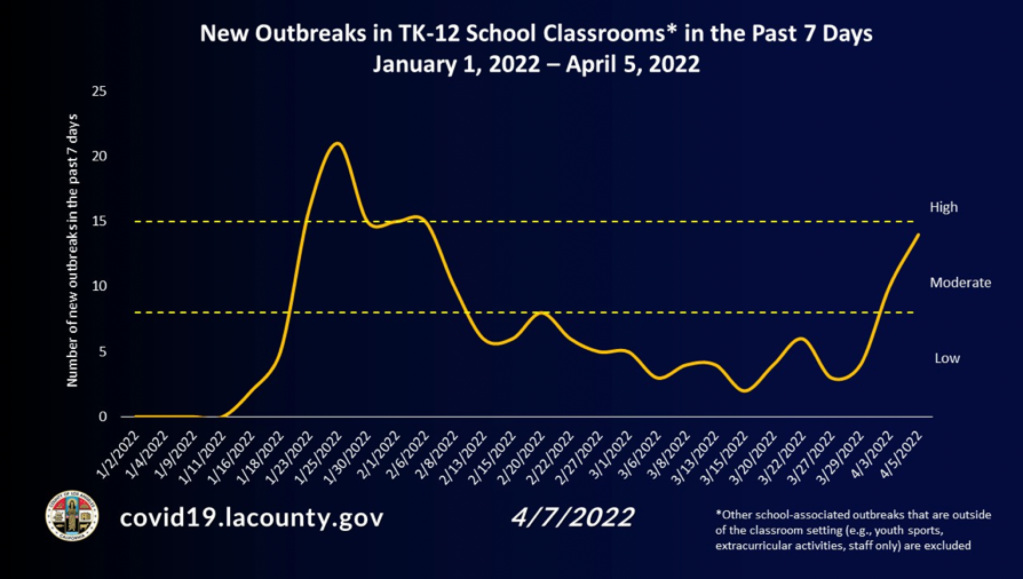 The increase correlates with the spread of the BA.2 subvariant, and follows the recent lifting of indoor mask-wearing mandates at school campuses.

But Ferrer noted that the testing positivity rate still remains very low at school campuses — below the countywide rate.

“So when you see the increase in the outbreaks, what it means is that there is more transmission in schools than there has been in the past,” she observed stressing that, with a more virulent variant and fewer layers of protection, there will be more transmission.

“I know people hate those masks, but those masks really helped,” Ferrer said. “As we’re seeing more outbreaks in schools, we have to see that and not dismiss it, not say, ‘No, I’m never putting those masks back on.’ We’re going to layer in protections when we need to.”