Home /
Entertainment /
Oscar-Contending Documentary ‘Nothing Compares’ Reexamines Sinéad O’Connor, Singer Who “Booted The Door Down” And Paid The Price

When filmmaker Kathryn Ferguson was growing up in Northern Ireland in the late 1980s, she says the whole of the island – the North and the Republic – desperately needed transformation.

“The Troubles were still rumbling on, and the Catholic Church was still very much in power in the South,” she notes. “It was pretty gray and miserable and you just felt like you didn’t have many options and you didn’t have a voice, and abortion was banned everywhere.”

An unexpected voice for those voiceless would emerge in the form of a Dublin singer with an uncompromising presence — Sinéad O’Connor. She appeared on the scene not just to entertain but to challenge.

“She then arrived as like this alien and booted the door down. And we were all just like, ‘Whoa! Hello, who’s this?’” Ferguson recalls. “Just everything about her — the music was so phenomenal. The way she looked was so brilliant and her boldness was just so exciting. And I just think as a country, we needed her. Like, the young ones really needed her.” 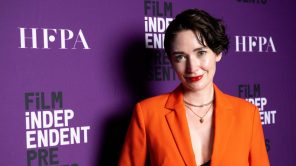 Ferguson’s award-winning new film Nothing Compares documents O’Connor’s huge impact not only on Irish but on world culture, and the tremendous backlash she faced for defying norms in the record business and in society. The film hit theaters Friday in New York and L.A. for an Oscar-qualifying run, and becomes available to stream for Showtime subscribers next Friday. It premieres on Showtime’s linear service on Sunday, October 2 and releases theatrically in Ireland and the U.K. on Friday, October 7.

The film’s title alludes to the biggest single of O’Connor’s career – the Prince-written “Nothing Compares 2 U.” That song was off her second album, but Sinéad had already become a worldwide phenomenon with her debut record, The Lion and the Cobra, released when she was 21. It contained music she authored in her teens.

“So many of the songs,” the director says, “were written before she was 17. I think the first couple of songs were [written] when she was 14. They’re like diary entries, really.”

The vocals could penetrate ethereally at first, then streak into a yowl. 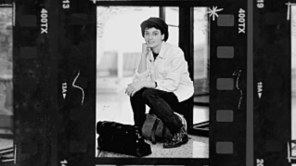 “The voice is so powerful,” Ferguson tells Deadline. “And the length of the notes and the fury and the ferocity behind the notes was — I just had never heard it before… It was like a battle cry or something, such a guttural sound that I still haven’t heard from anybody I can think of, really.”

“So many of the songs are this cathartic, explosive sound that comes out of her,” she says. “There was something ancient in it that I really recognized, even the banshee; I don’t mean it in like a spooky, ghost-y way, I mean in a folkloric Irish way that’s so embroiled in our history… It made me think about keening as well,” a traditional vocal lament for the dead embedded in Gaelic-Celtic culture.

Perhaps unfortunately for O’Connor, she also happened to be strikingly beautiful, and record industry handlers tried to shove her into a normative feminine mold. F-that, O’Connor effectively responded, and kept her chevelure pared to a short bristle. 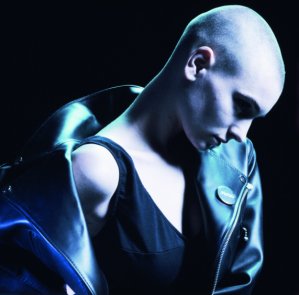 “She very quickly rubs up against the record label who wants her to grow her hair and dress up pretty,” Ferguson points out. The film includes multiple clips of TV interviewers on both sides of the Atlantic (including Charlie Rose in New York) who appear flustered over O’Connor’s decision to dispense with long hair.

“It caused such a ruckus for so long and for so many years,” Ferguson notes. “She just felt to be taken seriously, she needed to almost strip everything back. I also don’t even think it was nearly as big a deal to her as it was for everybody else. I think she was like, I want to shave my head. It was a look that she liked.”

That “controversy” was nothing compared to what awaited O’Connor when she started openly condemning the influence of the Catholic Church in Ireland. As the film explores, she had grown up physically and emotionally abused by her mother, and attributed her mother’s dysfunction to the distorting effect of Catholic teachings. A priest describes the atmosphere suffocating Ireland at that time, when Church and state were inextricably tied.

“The Church influenced everything. If it was a sin then it was against the law of the state,” Fr. Brian D’Arcy notes in Nothing Compares. “So, divorce, contraception, and anything that didn’t agree entirely with a very narrow view of the Catholic Church, it was simply not allowed.” 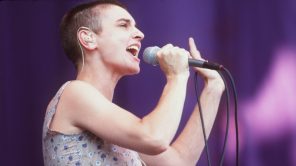 O’Connor rebelled against that and didn’t hesitate to use her platform to call out wrongs.

“There’s a tradition among Irish artists of being agitators and activists – whether they’re playwrights or poets,” O’Connor says in a contemporary interview played as voiceover in the film. “An artist’s job is to create the difficult conversations that need to be had.”

As anyone around at the time will remember, O’Connor was booked as a musical guest on Saturday Night Live on October 3, 1992. She performed an a capella version of the Bob Marley song “War,” intending it to send a message against racism and to highlight the sexual abuse of children by Catholic priests. At the end she took out a photo of Pope John Paul II – an image her mother had posted onto her wall — tore it into pieces and urged, “Fight the real enemy.”

The provocative gesture triggered an immediate and angry response. The Catholic League attacked her. Someone hired a steamroller to crush her CDs in New York. The context is important. O’Connor’s denunciation of pedophilia in the Catholic Church came almost a decade before the sexual abuse scandal broke into public discourse. She was, therefore, well ahead of her time. Small comfort, given the vitriol she faced. 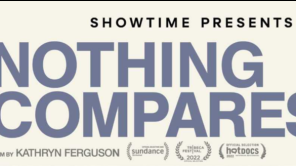 “You can actually hear audible gasps in the [documentary] audience when you get to that backlash because it feels so violent and so absurd. The ferocity of it is unbelievable,” Ferguson says. “You just think, what was it that was causing such a reaction? Like, a 24-year-old girl from Dublin that is just causing such reaction. Steamrollers in Times Square. I mean, it’s just ridiculous is what it is.”

Even fellow pop star Madonna condemned O’Connor. She faced further recriminations after criticizing the U.S. invasion of Iraq in 2003 and on an earlier occasion for refusing to perform at a concert in the U.S. if the event was preceded by the playing of the National Anthem. By then, she had all but disappeared as a pop icon. And that was okay with her.

“They all thought I should be made a mockery of for throwing my career down the drain,” O’Connor says. “I never set out to be a pop star. It didn’t suit me being a pop star, so I didn’t throw away any fucking career that I wanted… I wasn’t sorry, I didn’t regret it.” 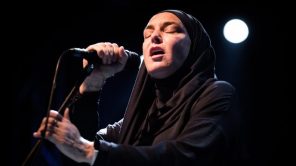 If O’Connor seeks any vindication, she can look to a radically changed Ireland, one she helped bring about. Marriage equality became part of the constitution in 2015. In 2018, the Irish public voted overwhelmingly to overturn a ban on abortion. That same year, Pope Francis visited Dublin and apologized for what he called “crimes” committed by Ireland’s Catholic Church.

The documentary is part of a reevaluation of O’Connor, now 55. She’s at last being celebrated for fearlessness that, decades ago, led to her public repudiation. As singer and feminist activist Kathleen Hanna puts it in the film, “Sinéad O’Connor as an artist forged her own path in a world that just was not ready for her… She did not deserve what she got.”