EXCLUSIVE: On the heels of their Oscar win for The Long Goodbye, Sound Of Metal and Rogue One actor Riz Ahmed and Surge director Aneil Karia are confirmed for a modern adaptation of Shakespeare’s classic Hamlet, which is being launched by WME Independent at the Cannes market.

Ahmed will star in the role of Hamlet, a man haunted by his father’s ghost and driven to increasingly unstable heights. The new version of the classic will see Hamlet move through London’s elite circles and attend exuberant parties, going to violent lengths to avenge his father and prove his uncle guilty.

Scroll down for our exclusive interview with the pair about their timely vision for the movie.

Karia is set to direct from a script by Michael Lesslie (Macbeth). Ahmed will produce on behalf of his production company Left-Handed Films with his producing partner Allie Moore, alongside Michael Lesslie’s Storyteller Films and Under The Skin producer Jim Wilson.

Rounding out the cast for now are BAFTA Rising Star nominee Morfydd Clark (Saint Maud) who is attached to play Ophelia and The Favourite and Harriet actor Joe Alywn who will play Laertes.

WME Independent will handle international sales and co-rep North American rights with CAA. Ahmed and Karia will be on the ground in Cannes to discuss the project with buyers at a presentation and we hear there is already interest from potential financiers.

Ahmed and Karia said: “This is a Hamlet about race, privilege, corruption – and whether setting things right means setting fire to the entire old order. This Hamlet belongs to a wealthy British Indian family who buy their way up the English establishment at great personal cost. This is an urgent story told in a bold way, that will grab hold of audiences and won’t let go.”

They continued: “We want to continue what we started with The Long Goodbye, in telling a story that is both totally grounded and authentic to our experience but also pushes into action, thriller, genre, and poetry. We’ve both felt on the outside of Shakespeare, but as South Asians also deeply connected to what these stories are about – themes like family, honor, and duty. So, our aim is to bring Hamlet to life by setting it in our own community. We want to crack this timeless story open for a wider audience – with a diverse cast, a contemporary London setting, and by injecting classical verse with the energy of rap, a genre which we have both worked in extensively.”

Karia hails from an Irish, Indian, Ugandan and Welsh background, but was born in Ipswich, studied in Leeds and has lived in London most of his adult life. Ahmed was born in Wembley, London, to a British Pakistani family, which moved to the UK during the 1970s.

WME Independent co-heads Deborah McIntosh and Alex Walton described the project as “a version of Hamlet unlike any you’ve seen before. It will be visceral, modern, and will touch upon current themes.” 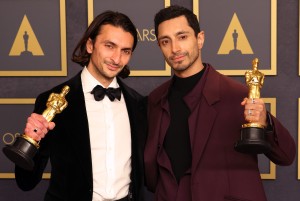 We caught up with both actor Ahmed and director Karia to delve deeper into their intriguing re-imagining, which will use Shakespeare’s original language in a modern context.

The adaptation has long been a passion project for Nightcrawler star Ahmed and Macbeth screenwriter Lesslie, who have known each other since university when they worked together on a production of Julius Caesar. The project has been percolating for at least 10 years, Ahmed told us.

There were talks a few years ago that the project might set up at Netflix but that didn’t ultimately come to pass. Karia came aboard following his recent collaboration with Ahmed on The Long Goodbye, the Oscar-wining short about racism, identity and nationalism. That experience gave the creatives a template for their version of Hamlet.

“This is a film about many of the pressing issues of our time,” Ahmed told us. “It deals with race, greed, capitalism, corruption and privilege, and yet it also boils down to being a great thriller. It has elements of psychological horror and action. The script is fast-paced and kinetic, jumping from one visually rich setting to another.”

The London backdrops will range from luxurious Indian weddings to the rows of homeless tents that have become a feature of cities including London, Paris and LA.

Ahmed continued: “We’re going to see the many different sides to London from the elite night life and super cars to ornate Hindu temples and battered down funeral homes, from council estates to plush high rises. London is a city of juxtapositions and haves and have-nots.”

The plan is to begin filming after the summer. “Everyone is singularly focused on telling this story”, The Night Of star added. “It feels urgent, fresh and disruptive in the right way.”

Karia initially had some reservations about tackling Shakespeare. At school he was made to feel like the Bard was the preserve of a certain elite. But after discussing the project with Lesslie and Ahmed, the rising filmmaker soon came round to the unique and multiple layers inherent in this version.

“This will be a pared back version of the verse. We want to be true to the verse but to create a world, a tone and delivery that allows people to step into it. We want to break down walls for generations that have felt any barrier to entry when it comes to Shakespeare,” he told us. 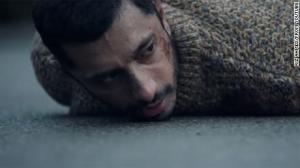 Karia added: “What we became excited about was a very singular, first person, visceral film about human fragility and sanity…it is an atmospheric thriller with both scale and intimacy.”

The theme of mental health was important in Karia’s Sundance 2020 debut feature Surge, starring Ben Wishaw, and this Hamlet will also deal with the subject of mental health, both in the title role and Ophelia. David Cronenberg Lines Up Next Movie ‘The... Zac Efron says his ‘heart’ is in a ‘High School...