In terms of past winners who might be in line to take the Outstanding Drama Series crown again, Hulu’s The Handmaid’s Tale is the only one of eight nominees in this category that has won before here—and that was in 2017, when it was in its first season. With an impressive 21 nominations the show seems to be having a bit of an Emmy resurgence, at least in terms of nominations. Last year’s winner Succession succeeded on its second try but is ineligible this year due to Covid-forced production delays, while Game of Thrones, a four- time winner here, is obviously no longer a factor. Still, the list of contenders is an interesting one. Like the Comedy category there is little to boast about for the broadcast networks, with only NBC’s This Is Us gaining entry for the fourth time after being absent last year. The Crown, another veteran of the category, is angling to hit the winners’ circle with its fourth nomination. Here’s the rundown of the nominees and scroll down for the predicted winner. 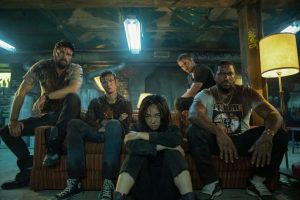 Perhaps the most surprising nominee is this comic book series from Amazon about a bunch of rogue superheroes led by Karl Urban’s Billy Butcher. After only getting a Sound Editing nomination in its first season, it has come roaring back with five nods, including this biggie in Emmy’s most prestigious category. It certainly doesn’t fit the mold of what we’d ordinarily see here, but the critical acclaim and original writing style clearly got voters to take a look—and they obviously liked what they saw. 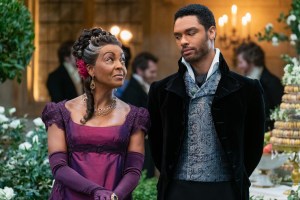 This first-season period romance comes from Shondaland, and, unlike Shonda Rhimes’ ABC series (Grey’s Anatomy, Scandal), this one made an immediate impact on Emmy voters, who embraced it almost as much as the public, showering it with 12 nominations. Its popularity is unquestioned, and viewers are eagerly awaiting a second season, even without breakout star Regé- Jean Page, whose storyline was just a one-off. This, like The Boys, is further evidence that maybe Television Academy members aren’t elitist snobs after all.

Peter Morgan’s landmark series about another upper-crust family is probably more likely to bring home the gold for Netflix than Bridgerton, but after three previous nominations it still hasn’t done the trick. However, this fourth season, which focused on Prince Charles and his rocky marriage to Diana Spencer, got lots of attention and early precursor awards, and is generally considered the frontrunner here, despite never having a previous victory. This remains Netflix’s best shot in the major categories. Last weekend’s Creative Arts ceremonies have already showered  4 Emmy wins out of the 24 nominations the series received this year to tie a competitor in this category, The Mandalorian as the two programs with the highest nom totals overall for anything this year. 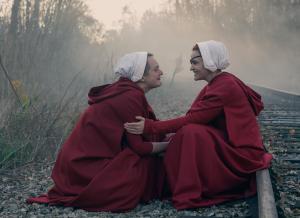 Streamer Hulu became the first to crack the code of this category in 2017 with the debut season of this much talked about and admired series, which picked up a whopping 21 nominations, mostly for its cast. It had a very good year, changed locales, and clearly got its mojo back in a big way, but the bigger question remains: can it return to the winners’ circle, or will the Academy feel they have already been there/done that? It added zero to its lifetime Emmy win totals at the Creative Arts, but let’s see if it can get some on the board Sunday. 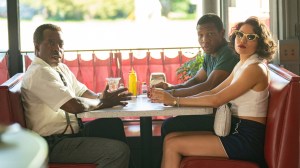 The Emmy juggernaut cable network withheld announcing their decision to cancel this deliciously ambitious series until after all the votes were in. Whether it would have made a difference is unknown, but Emmy voters clearly liked the first— and now final—season enough to reward it with 18 nominations, including five for its actors. An impressive haul indeed for a series that, though ostensibly set in the 1950s, spans time and genres and has much to say about race in America, both then and now. It already cashed in two of those 18 nominations at the Creative Arts ceremonies. 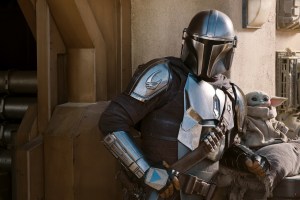 As you might expect, this Star Wars spinoff has been a huge hit for the nascent Mouse House streamer. It nabbed seven wins in its first season, out of 15 nominations, and has upped the ante in its second with a co-leading 24 nominations, although the bulk of these nods are in the crafts categories. Last weekend it already matched its 2020 total with another seven wins, all in craft categories. Nevertheless, it seems to be following Game of Thrones by proving that a special effects- driven series doesn’t have to be relegated to technical nods. With support from all those below the line branches could it be a dark horse to win on its second try in this marquee category? 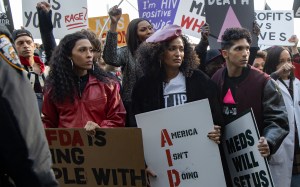 This ground-breaking series is in its third and final season and still making lots of noise. Although Billy Porter made history by winning Lead Actor in a Drama Series in its first season, Pose has yet to claim a Drama Series win, and wasn’t even nominated here last year. This time, producers are waging a targeted campaign to remind voters that a vote for Pose will also make a statement of inclusion—and this is the last chance they have to do that. It may be working. The show already picked up three Emmys at the Creative Arts ceremonies over the weekend. 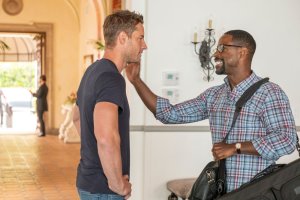 This Is Us, NBC

The real victory for this much-loved network series is its consistent showing in this category, even though it was passed over last year. If you think that meant voters were tiring of this drama, think again—it’s back with six nominations overall, to add to its total of 38 over its lifetime. It’s had just four wins, generally for its actors, so a win for a network series here would be a real long shot at this point. Still, never say never.

THE PREDICTED WINNER: THE CROWN

Andrew Garfield Has A ‘Magical’ Spider-Man...