Tom Freston, a founder of the MTV network, once observed: “What’s fascinating about the future is that so many people claim to understand it.” In 2006, Freston, then CEO of Viacom, was fired by Sumner Redstone, who explained that “Freston doesn’t understand the future.” As it turned out, Redstone had failed to understand the present.

The incident was brought back to mind last week when Sumner’s daughter, Shari, led the charge to dismiss Jim Gianopulos as Paramount’s CEO. Again, “the future” was the issue. And the muddled leaks further confused the present.

Gianopulos’ departure had an “end of an era” aura to it because he and Disney’s Alan Horn have long been revered as movie statesmen, representing a supportive, mentoring style of studio management. Sony’s Tom Rothman remains the lone generational survivor – more on him below.

Inheriting the top film post at Paramount will be Brian Robbins, whose futurist credentials stem from his aggressive management of Paramount Players and MTV – yes, the MTV which, under Freston, had ventured successfully into music, animation and Beavis and Butt-Head (“I want my MTV,” shouted the commercial).

The leaks initially failed to mention David Nevins, the respected chief of Showtime, who will now assume a broadened Paramount television portfolio, creating more content for its sister services such as Paramount+ rather than as a supplier for Apple TV or Netflix. Naveen Chopra, CFO of ViacomCBS, testifies that spending on content should climb from $1 billion to $5 billion a year, focused on streaming content.

Unmentioned is Emma Watts, president of Paramount Motion Picture Group. Or specifics on how many theatrical movies may actually see the light of day from Paramount.

The Sumner-Freston imbroglio of 2006 focused not on MTV but on the social media. Sumner Redstone wanted to prod Viacom into the future by acquiring MySpace for a formidable tab of $580 million. Freston vetoed the deal, prompting Rupert Murdoch to dive in, thus embarrassing Redstone. Before long, Murdoch dumped MySpace for $35 million.

Redstone, meanwhile, having fired Freston, plunged into a succession of management shifts, culminating in the disastrous reign of his onetime estate lawyer Philippe Dauman, as Viacom CEO. Shari Redstone has now taken her turn in orchestrating change. 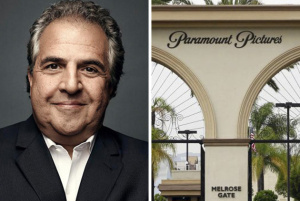 With Shari’s encouragement, to be sure, a succession of positive moves have been made, including reuniting the company with CBS and recruiting Gianopulos. Paramount, which had reported a loss of $445 million the year Gianopulos was appointed, has lately turned a profit. The studio under its new leader has built franchises like A Quiet Place. It also signed licensing deals, sending studio content to outside platforms (like Coming 2 America to Amazon).

Paramount’s television arm, which had also reported to Gianopulos, had put more than 20 shows in production. Resources were plowed into Paramount+, aimed at compensating for its late start in the streaming wars.

Robbins, 58, a former actor, had been recruited by Shari’s CEO, Bob Bakish, to run Paramount Players, then Nickelodeon. Prior to that he had produced an Eddie Murphy movie titled Norbit and started a YouTube channel, Awesomeness. His key assignment now will be to oversee film with a likely reduction in theatrical features and a focus on streaming.

To some Viacom skeptics, the fact that the Godfather trilogy, a Paramount legacy, runs on NBCUniversal’s Peacock is a symbol of Viacom’s confused history.

To industry gurus, the key to future growth lies in recapturing initiatives of the past rather than forecasting those of the future. “Patient and supportive personalities like Gianopulos and Alan Horn were masters at mentoring,” one veteran agent commented. Horn, who is expected to retire this year, was a vital mentoring figure at Warner Bros before Disney recruited him in 2012.

A key rival at that time was the Fox regime then co-headed by Gianopulos and Rothman, whose tenure abruptly ended when Murdoch decided the studio no longer needed Rothman’s bombastic presence. The team had experienced an excellent run: Brilliantly innovative but quickly exasperated, Rothman complemented his then-partner’s calm, reassuring manner.

Rothman, now 66, of course has now renewed a rich deal at Sony, where he has marshalled a counter-strategy to that of Disney or WarnerMedia. He had begun his movie career as boss of Fox Searchlight, then a force in the indie film business.

None of the futurists today are theorizing about the future of indie films, of course. They’re too busy preparing their obituary.