Holiday parties are usually a mix of people and purposes but hosts this year are intent on cross-pollinating the stars of film with those of Hollywood’s exo planets – YouTube and TikTok. So will Robert DeNiro enjoy trading secrets this year with PewDiePie? What will Leonardo Di Caprio confide to MrBeast or Liza Kushy or Bryan Lourd to FaZeApex?

Most Hollywood stars likely have never heard of Brian Awardis, but the 26 year old with 22 million YouTube followers drew lines around the block this week at FaZeClan’s sanctum sanctorum. 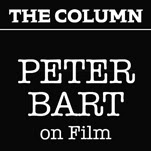 The credentials of these outliers, after all, are formidable. MrBeast — with 117 million followers — and fellow YouTuber Unspeakable reportedly made $54 million and $28.5 million respectively last year so why wouldn’t they mesh with film stars, who face fading income streams?

The superstars of YouTube like MrBeast or, more attractively like YuYu or Hudo, may not have garnered Oscar nominations or graduated from Julliard but they are heroic figures to up-and-comers like Adam Fine, who is climbing the rungs of online stardom. There’s a new world order in show business, which entails new sets of rules as well as new platforms.

I came upon Fine, not at a Hollywood party, but on a golf course with his clubs, camera and tri pod. It was a calm setting for reflection because Fine, like PewDiePie, is a busy YouTube entrepreneur.

Two years ago the 34-year-old software salesman was at death’s door with a diseased liver, his name sitting on a long transplant waiting list. His pledge: “If I ever got to the top of the list, I want to build not only a new life but a life worth living.”

Like many social media stars, Fine had no great expertise. “I’m not a gifted athlete,” he says. At 5 foot 6, he doesn’t boast ripped abs — or even ripples if we’re talking about a golfer.

I caught up with several of Fine’s fifteen minute videos NotaScratchGolfer channel and found him to be a genial “Everyman” with a day off. And a permanent golf game.

Fine is now making $100,000 a year and next year will likely double it. Apparel companies and a sports betting site have taken an interest as have agents. High profile clubs like Pebble Beach are supportive and waiving some fees.

Fine may not make next year’s Hollywood party list but he’s built his “life worth living.” He’s also joined the new army of self-propelled wannabes who have found a way around Hollywood’s wall of nay-sayers.

Brian Awardis, age 26 from San Diego, performs high-concept pranks and other random stunts and, under the handle FaZeBug, has 22 million followers on YouTube. The Los Angeles Times photographed him this
week as he fist-bumped followers on a disorganized foray to Hollywood.

According to the Times, FaZeBug, now part of FaZe Clan, went public in a reverse merger valued at $725 million. The shares have had their ups and downs, but the company is committed to strong management under Yousef Abdelfatah, who is known online as FaZeApex.

So is there a long-term future for the FaZe Clans, and even for the Adam Fines, in the brave new post-bitcoin world of tech stocks?

Or will Adam Fine focus on his golf and Brian Awardis on his stunts without the caress of Wall Street? Maybe even without the party invitations from Hollywood?