Home /
News /
Russia ups ante in dispute with West over Ukraine, not ruling out deployment to Cuba, Venezuela

Russia ups ante in dispute with West over Ukraine, not ruling out deployment to Cuba, Venezuela

Russia raised the stakes Thursday in its dispute with the West over Ukraine when a top diplomat refused to rule out a military deployment to Cuba and Venezuela if tensions with the United States escalate.

Deputy Foreign Minister Sergei Ryabkov said he could "neither confirm nor exclude" the possibility of Russia sending military assets to Latin America if the U.S. and its allies don't curtail their military activities on Russia's doorstep.

"It all depends on the action by our U.S. counterparts," the minister said in an interview with Russian television network RTVI.

He pointed to Russian President Vladimir Putin's warning that Moscow could take unspecified "military-technical measures" if the U.S. and its allies fail to heed its demands.

Ryabkov led a Russian delegation in talks with the U.S. on Monday. The negotiations in Geneva and a related NATO-Russia meeting in Brussels earlier this week took place in response to a significant Russian troop buildup near Ukraine that the West fears might be a prelude to an invasion. 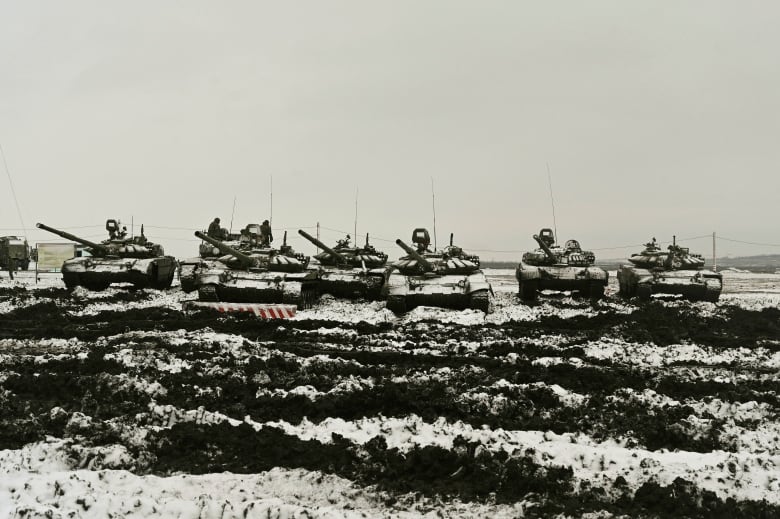 Russian tanks take part in drills at the Kadamovskiy firing range Wednesday. Talks this week have done little to deescalate the situation, with Russia saying Thursday that it won't rule out military deployments to Cuba and Venezuela if the West won't meet some of its demands. (The Associated Press)

Russia, which annexed Ukraine's Crimean peninsula in 2014, has denied having plans to attack the neighbouring country.

The Kremlin reacted to the suggestion by accusing NATO of threatening its territory and demanding that the military alliance never allow Ukraine or any other ex-Soviet nations to join. Currently, the closest NATO members to Russia's borders are the Baltic states, Latvia, Lithuania and Estonia.

Washington and its allies firmly rejected the demand this week as a non-starter, but the NATO and Russian delegations agreed to leave the door open to further talks on arms control and other issues intended to reduce the potential for hostilities.

A senior Biden administration official suggested Thursday that Ryabkov's statement about Cuba and Venezuela had not changed Washington's calculations.

"We are not going to respond to bluster," the official said, speaking on condition of anonymity to discuss the ongoing negotiations. "If Russia actually started moving in that direction, we would deal with it decisively." 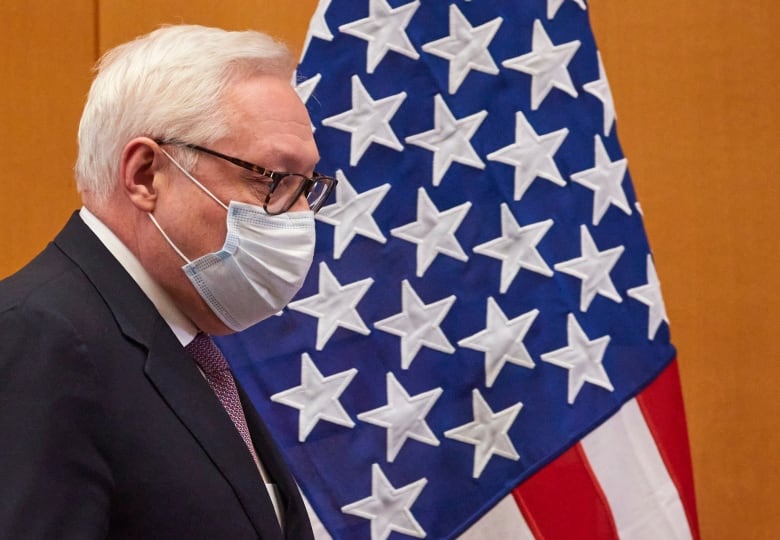 Ryabkov last month compared the current tensions over Ukraine with the 1962 Cuban Missile Crisis — when the Soviet Union deployed missiles to Cuba and the U.S. imposed a naval blockade of the island.

That crisis ended after U.S. President John F. Kennedy and Soviet leader Nikita Khrushchev agreed that Moscow would withdraw its missiles in exchange for Washington's pledge not to invade Cuba and the removal of U.S. missiles from Turkey.

Putin, in seeking to curtail the West's military activity in Eastern Europe, has argued that NATO could use Ukrainian territory to deploy missiles capable of reaching Moscow in just five minutes. He warned that Russia could gain a similar capability by deploying warships armed with the latest Zircon hypersonic cruise missile in neutral waters.

Soon after his first election in 2000, Putin ordered the closure of a Soviet-built military surveillance facility in Cuba as he sought to improve ties with Washington. Moscow has intensified contacts with Cuba in recent years as tensions with the U.S. and its allies mounted.

In December 2018, Russia briefly dispatched a pair of its nuclear-capable Tu-160 bombers to Venezuela in a show of support for Venezuelan President Nicolas Maduro amid Western pressure.

CBC's Briar Stewart, Corinne Seminoff and Jean-François Bisson are in Ukraine reporting on the ongoing tensions with Russia. The following is a report they filed Thursday.

Tensions are also high on the Sea of Azov — a strategic body of water between Ukraine and Russia jointly controlled by the two countries. 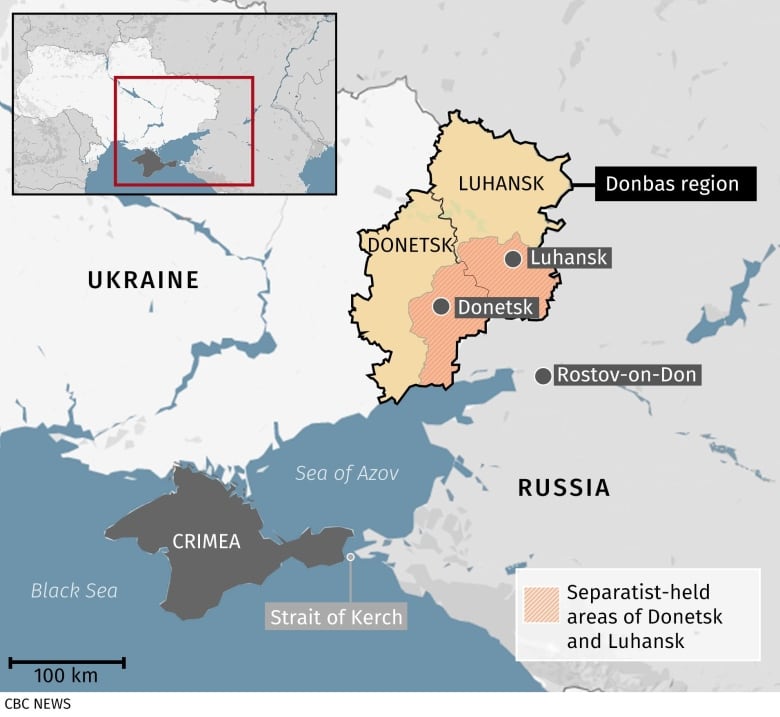 The Donbas region in Eastern Ukraine is split into territory controlled by the government, in yellow, and that held by Russia-supported separatists, in orange. The opposing sides have been fighting since 2014. Russia has recently moved thousands of troops near to the border, prompting fears of an invasion. (CBC)

"Every time we go to sea .... we encounter Russian ships that follow us," said Denys Bakumov, 23, a commander with the Ukrainian navy, while taking CBC out on patrol earlier this week.

"We see more activity of navy patrol ships in the sea. They are moving much more and trying to increase their control over the Azov."

Bakumov was born in Crimea and was still studying at a naval institute when Russia annexed the peninsula.

He told CBC Wednesday that he and his fellow sailors had just seen a Russian ship earlier that morning about eight kilometres from their patrol boat, the Vyshgorod.

The Ukrainian navy says its patrol boats in the Sea of Azov are outnumbered. In 2018, Ukraine only had one vessel, but now, it has four and hopes to add more. Russia has about 20.

Ukraine lost most of its navy and its base at Sevastopol in Crimea after Russia seized the peninsula. 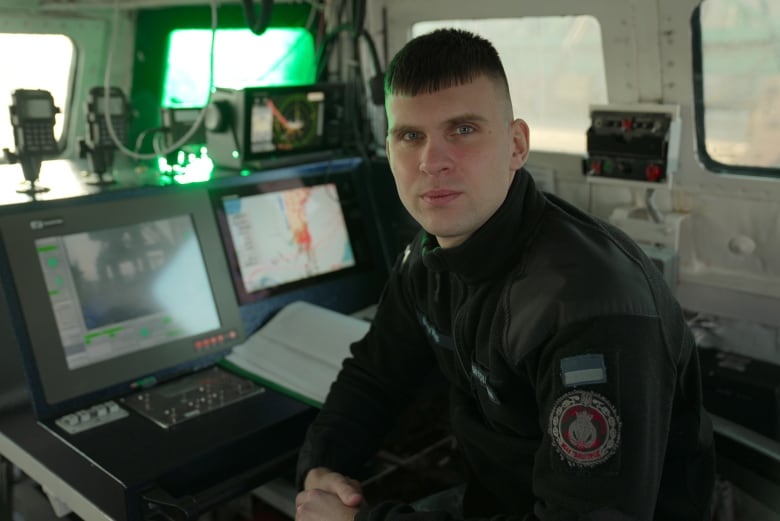 Cmdr. Denys Bakumov told CBC News that when Ukrainian naval ships patrol in the Sea of Azov, they encounter Russian ships that follow them. Ukraine is trying to beef up its naval capacity with the help of Western allies. (Jean-François Bisson/CBC)

It is trying to rebuild its navy with the help of Western allies, particularly, the U.K., which has promised access to hundreds of millions of dollars in loans in order to construct a base and purchase warships and other equipment.

Ukraine is building one of two new bases near the commercial port of Berdyansk on the southeast coast of Ukraine.

When CBC visited the base on a bitterly cold and windy day this week, only a handful of workers were present, and the base was far from complete.

There were stacks of bricks and boards and piles of sand, but equipment sat idle, even though the government announced last year that it was speeding up construction. 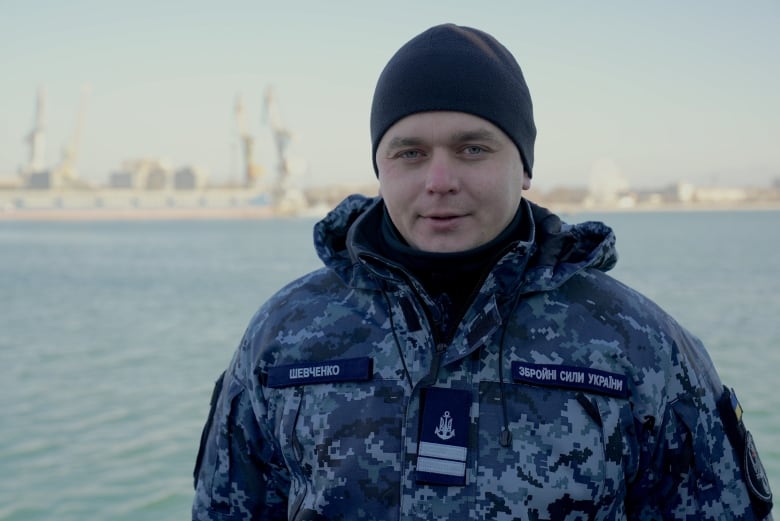 Deputy Commander Yaroslav Shevchenko said naval forces are ready to defend Ukraine but stressed they would not provoke their Russian counterparts. (Jean-François Bisson/CBC)

The base is not expected to be complete until 2023.

"We are ready to take action … but I need to stress that we won't provoke anything, and we are ready to defend our land … until the last drop of blood." 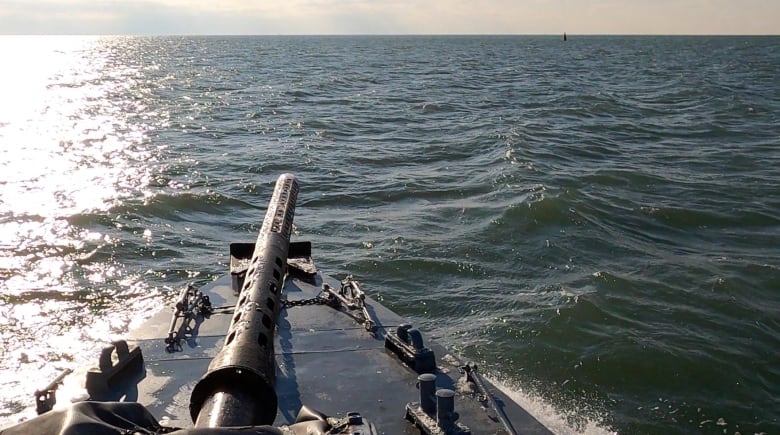 A view of the Sea of Azov from the Vyshgorod, a patrol boat of the Ukrainian navy. (Jean-François Bisson/CBC)
russia dispute ukraine ruling deployment venezuela