Refresh for latest…: In its fifth weekend, Sony/Marvel’s Spider-Man: No Way Home swung past the $900M mark at the international box office to weave a $926.3M running cume after a $33.4M session in 63 markets. The worldwide total through Sunday is an Electro-fying $1.625B.

Notably during the frame, Spidey scaled new heights in Latin America, becoming the highest-grossing film of all time in Mexico ($72M cume) and the No. 2 movie ever in Brazil ($50.4M), Central America ($12.6M) and Ecuador ($7.9M).

The Tom Holland-fronted phenom also crossed $100M globally in IMAX with an estimated $101.2M through Monday. This is only the 11th title in the company’s history to the milestone. Overseas markets make up $40.7M of the total.

Still to come are Slovakia and Norway as Peter Parker and friends eye a potential $1B overseas. 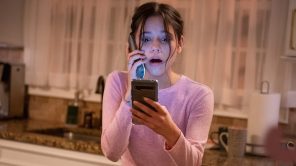 Paramount Meanwhile, Paramount/Spyglass Media’s Scream got off to a strong start at the international box office with $18M from 50 markets. On a like-for-like basis, the re-quel’s results are 23% above Scream 4 and 57% above recent horror release Halloween Kills. Combined with domestic’s (three-day) launch, the global running total is $48.6M through Sunday.

Elsewhere, Warner Bros’ The Matrix Resurrections traveled to China this weekend, taking the No. 1 spot there (the first time for a Hollywood film since No Time To Die in October) with RMB 47.9M ($7.5M). That’s roughly on par with Blade Runner 2049. The film has a 7.5 on Maoyan which is projecting a $15M+ finish. IMAX generated $1.3M, repping over 15% of the nationwide weekend.

Also debuting in China this session, Paramount’s Paw Patrol: The Movie landed No. 5 with RMB 22.9M ($3.6M). Disney holdover Encanto has cumed $6.5M in the market.