The latest game proved to be a strong one for both the NBC and the Kansas City Chiefs.

Live SNF games were already an obvious winner for Sunday primetime, but the latest showdown that saw the Chiefs win against the Pittsburgh Steelers 42-21 brought in impressive numbers in fast affiliates. The highest-rated and most watched program of Sunday, SNF was rose sharply from the previous week (4.0, 14.50M) with a 6.0 rating the 18-49 demo and 21.66 million viewers.

The live game on NBC outperformed other titles of the evening, but shone even brighter amid repeats on competing networks. ABC was all in repeats, peaking with America’s Funniest Home Videos (0.4, 3.97M) earlier in the evening. The episode featured a video tribute to former host Bob Saget, who died on Jan. 9, from current host Alfonso Ribeiro.

60 Minutes returned on CBS to top non-sports programming, as it did the previous week. The latest 60 Minutes (2.1, 11.78M) was up significantly from last week in fast affiliates. CBS then featured repeats of The Equalizer and S.W.A.T for the rest of the night.

Fox was also in repeats. 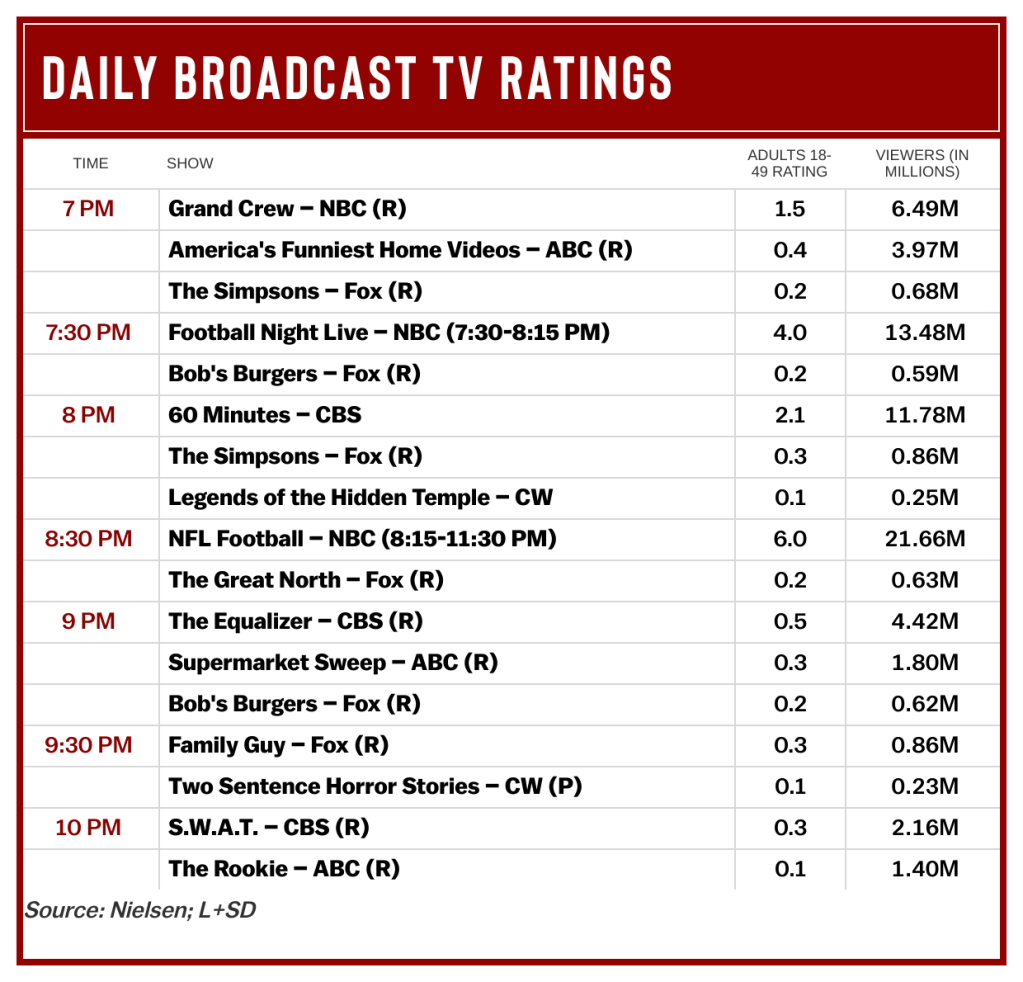 ‘You Are Mexican And Ugly’: NY School Homework...

Joss Whedon Opens Up About Past Misconduct...