The best deals on smartwatches, fitness trackers and wearables this Black Friday

Wearables are getting to be as ubiquitous as smartphones, but that also means companies like Apple and Samsung are making better and more expensive devices. Regardless of if you prefer a smartwatch, fitness tracker or another kind of wearable, it's best to wait until a big sale — like Black Friday — to get one for the best price possible. This year, a bunch of wearables have been discounted and we picked out the best ones here as you don't have to go searching for them. 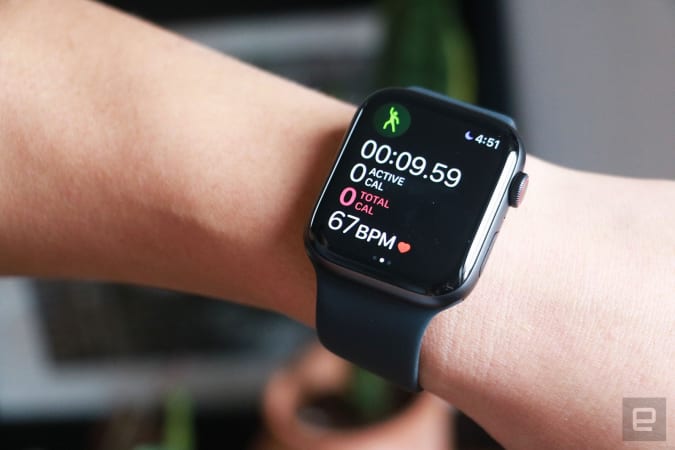 The Apple Watch SE has been knocked down to $219, which is $60 cheaper than usual. This is the best Watch for wearable newbies as well as those with tight budgets. We gave it a score of 88 for its responsive performance, comfortable design and solid feature set for the price. 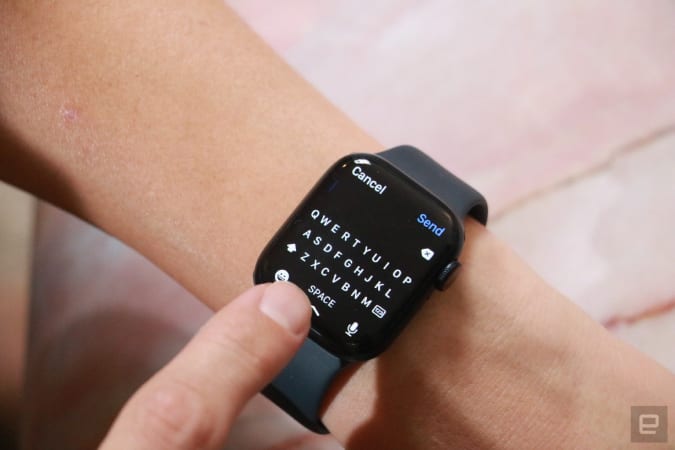 The latest Apple Watch Series 7 is $20 cheaper right now, bringing it down to $380. It's the most comprehensive wearable Apple makes and it earned a score of 90 from us for its larger screen, faster charging and handy features in watchOS 8.
Buy Series 7 at Amazon - $380
Apple Watch Series 6 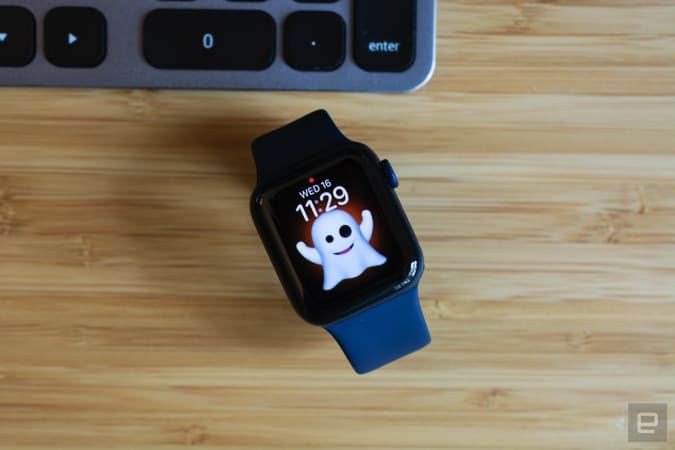 Valentina Palladino / EngadgetThe previous-gen Apple Watch is $50 off, bringing it down to $350. While it doesn't have the larger screen that the Series 7 does, this smartwatch is still a good choice thanks to its good performance, improved battery life and faster charging.
Buy Series 6 at Amazon - $350
Fitbit Charge 5 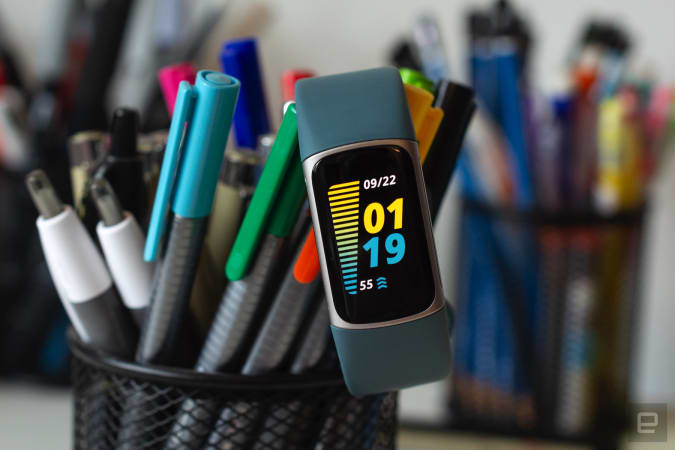 Valentina Palladino / EngadgetYou can pick up the Fitbit Charge 5 for $130 right now, or $50 off its normal price. This is Fitbit's most comprehensive fitness band and it earned a score of 82 from us for its full-color touchscreen, built-in GPS, onboard EDA sensors for stress tracking and multi-day battery life.
Buy Charge 5 at Amazon - $130
Fitbit Inspire 2 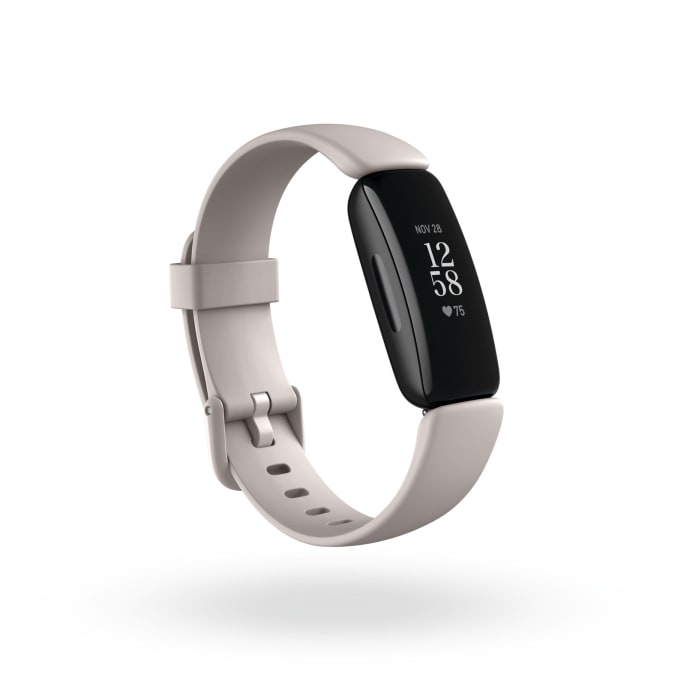 FitbitFitbit's Inspire 2 tracker has dropped to $60 for Black Friday, or $40 off its normal price. This gives you all-day heart rate monitoring, up to 10 days of battery life, sleep stage tracking and more — plus it comes with one year of Fitbit Premium, too.
Buy Inspire 2 at Amazon - $60
Fitbit Luxe 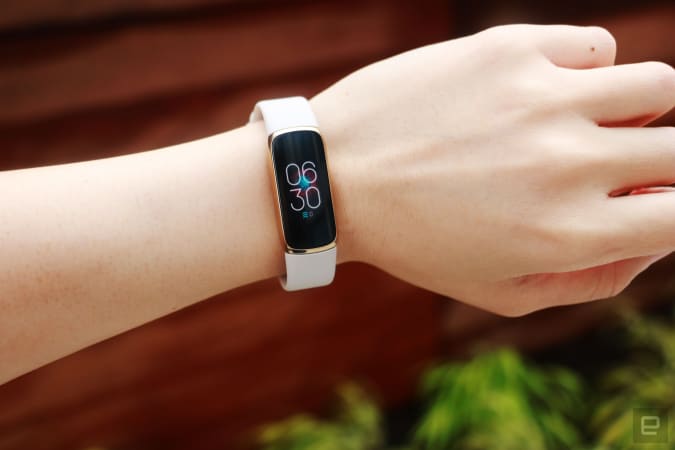 Cherlynn Low / EngadgetFitbit's small and sleek Luxe tracker is on sale for $100 right now. We gave it a score of 82 for its comfortable design, good battery life and capable health tracking features.
Buy Fitbit Luxe at Amazon - $100
Fitbit Sense 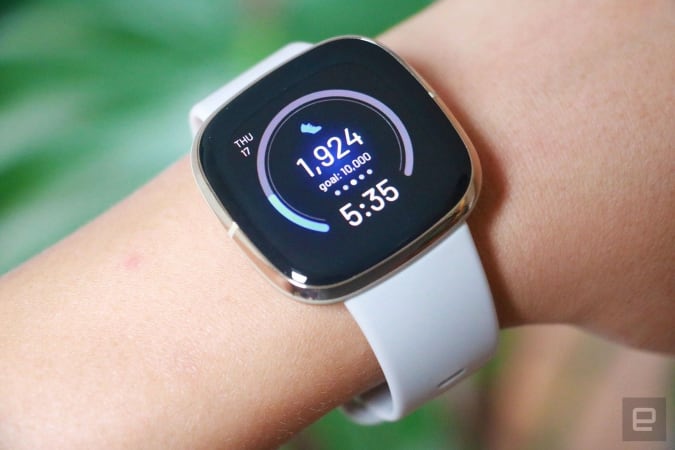 Cherlynn Low / EngadgetFitbit's high-end Sense smartwatch is $100 off, bringing it down to $200. It earned a score of 82 from us for its wide array of health tracking features plus its big, bright display.
Buy Fitbit Sense at Amazon - $200
Samsung Galaxy Watch 4 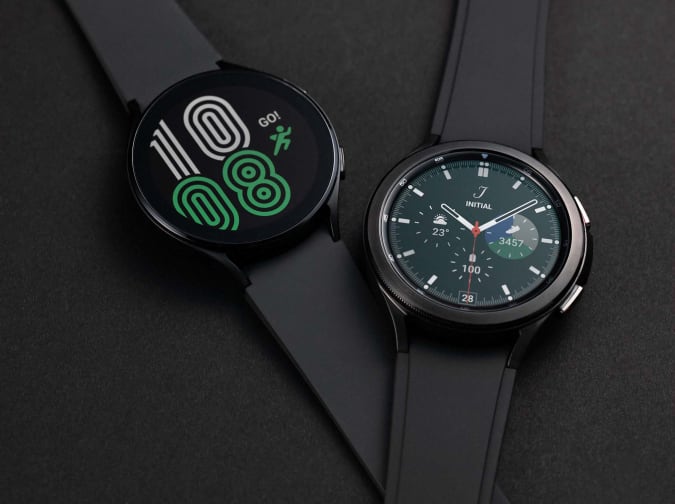 SamsungSamsung's Galaxy Watch 4 has dropped to $200, or 20 percent off its normal price. It remains the best smartwatch for Android users and we gave it a score of 85 for its crisp display, comprehensive health tracking features and its improved third-party app support.
Buy Galaxy Watch 4 at Amazon - $200
Garmin Vivoactive 4 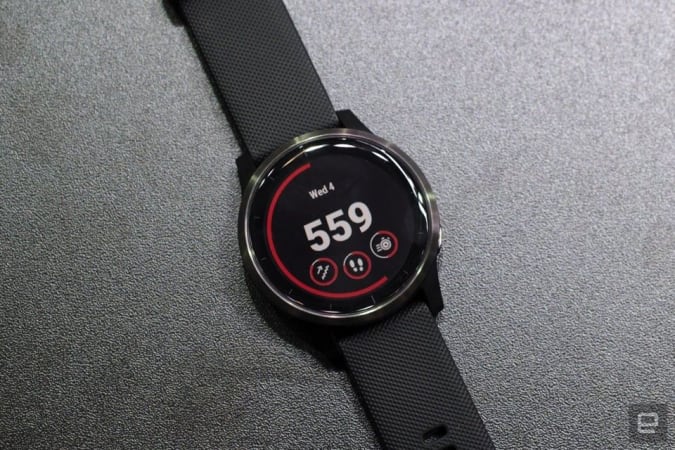 Daniel Cooper / EngadgetGarmin's Vivoactive 4 has dropped to $190, or nearly $160 off its regular rate. One of Garmin's midrange smartwatches, this device tracks daily activity, sleep and workouts and it supports blood oxygen monitoring, onboard music storage, built-in GPS and an eight-day battery life.
Buy Vivoactive 4 at Amazon - $190
Withings Steel HR 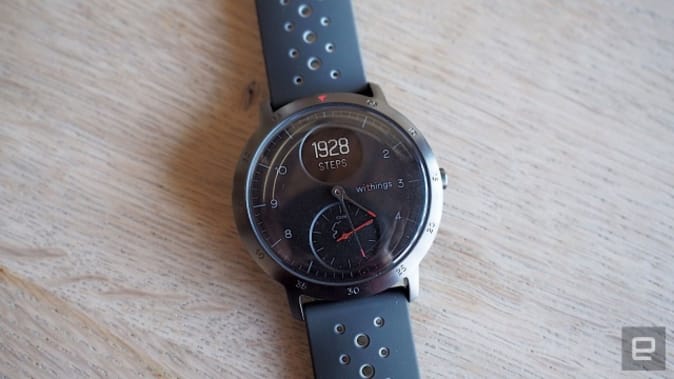 EngadgetWithings' Steel HR smartwatch is $60 off right now, bringing it down to $120. It's one of the better options out there if you prefer the analog style but still want smart features like step, sleep and heart rate tracking. It also has connected GPS, a water-resistant design and a battery that will last up to 25 days on a single charge.
Buy Withings Steel HR at Amazon - $120
Get the latest Black Friday and Cyber Monday offers by visiting our deals homepage and following @EngadgetDeals on Twitter.
All products recommended by Engadget are selected by our editorial team, independent of our parent company. Some of our stories include affiliate links. If you buy something through one of these links, we may earn an affiliate commission.
deals smartwatches fitness trackers wearables black friday

The best deals on baby gadgets we found for...

5 Killings of 2 Canadians in Mexico due to gang debt,...

7 All about model Romee Strijd’s engagement ring from...