When 27-year-old Nikita watched Russian President Vladimir Putin announce a military mobilization while visiting his uncle in St Petersburg, he decided to leave his homeland.

Two days later, he was crossing the border into Finland.

"It is just insane. All my friends [are] in danger," said the sound engineer, minutes after stepping into the Nordic country.

He had first fled Russia after the Feb. 24 invasion of Ukraine for Turkey and had go back for a brief visit to get some papers. He now plans to return to Turkey.

"It is just crazy. I am just for freedom, Russia [free] from Putin, democracy in Russia," he said, breaking into tears. He declined to give his last name.

Nikita was one of a dozen young men Reuters spoke to at the Vaalimaa border crossing in southeastern Finland, their number growing in the days since Putin announced the call-up of 300,000 military reservists.

'I am leaving Russia'

They were traveling on tourist visas, but said they were either not coming back or were considering not to.

"I am leaving Russia," said Alexander, 21, who was going to France. 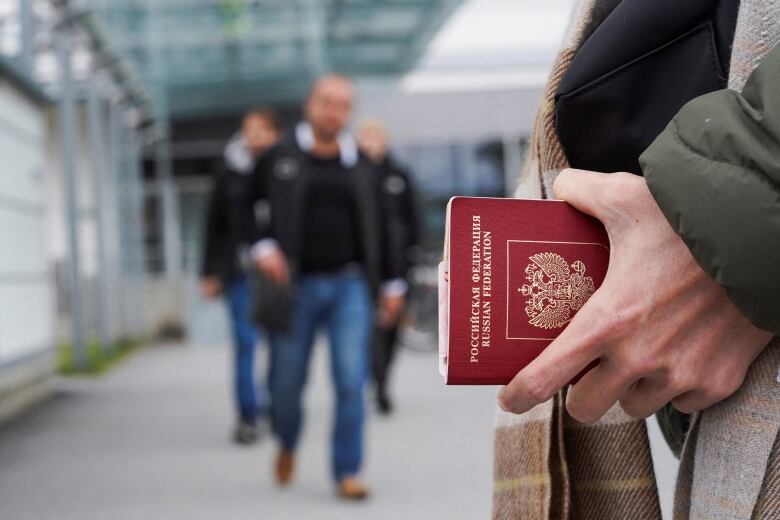 A person holds a Russian passport at the Vaalimaa border crossing point between Russia and Finland on Friday. (Janis Laizans/Reuters)

Traffic into Finland over its border with Russia was heavy on Friday. But the Finnish government, wary of becoming a major transit nation, plans to stop all Russians from entering on tourist visas within the coming days, Foreign Minister Pekka Haavisto told a news conference in New York.

"All tourist travel will be stopped," Haavisto said.

Exceptions may still apply on humanitarian grounds, but avoiding the military conscription was unlikely to constitute grounds for asylum, he said.

Finnish border guards said the number of Russians who had entered the previous day was more than double the amount who arrived the week before.

About 7,000 people entered from Russia on Thursday, according to the border guards.

Max, a 21-year-old Russian student who declined to give his last name, said he was going to Finland to catch a flight to Germany to visit relatives.

"Technically, I'm a student so I should not be afraid of being drafted but we have seen that things are changing very quickly so I assume there is a chance," he told Reuters. "I just wanted to be safe." 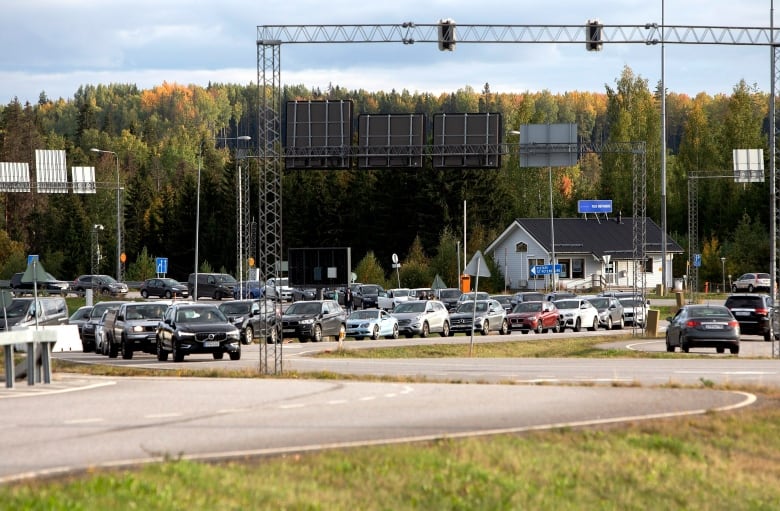 A Russian couple, 29-year-old Slava and 35-year-old Evgeniy, also left because of the uncertainty of being called up in the military at some point.

They had decided to leave the moment Putin announced the partial mobilization on Wednesday, they said. They had left their dog Moby behind with friends. Their families cried when they left, they said.

"At the current stage, we are not in demand, but we do not know what is going to happen tomorrow," Slava told Reuters. "We don't support what is happening now. We don't want to be a part of it."

"It was a difficult decision [to leave]. We have plans, we have careers. The best scenario is to go back. On the other hand, [saving our] life is essential."

Finnish land border crossings have remained among the few entry points into Europe for Russians after a string of countries shut both physical frontiers and their air space to Russian planes in response to Russia's invasion of Ukraine.

Russia’s troop mobilization begins with men being rounded up

16 hours ago
Duration 2:09
Videos are surfacing of what Russia’s massive troop mobilization looks like, with men mostly from poorer neighbourhoods being rounded up to fight in Ukraine. Within Russia, tension and doubt are on the rise, and people are fleeing in droves.

At Vaalimaa, the busiest crossing point, cars lined up for up to 400 metres on Friday, a longer queue than the day before, a border official said.

Those arriving by car or bus left their vehicles to have their paperwork checked before continuing on with their journeys. Border guards searched some vehicles.

Lines were also "longer than normal" at the second-biggest Nuijamaa crossing.

Finland opted to keep its frontier with Russia open following Russia's Feb. 24 invasion of Ukraine although it has cut back the number of consular appointments available to Russian travellers seeking visas.