One house’s Halloween decorations are sure to stop visitors dead in their tracks.

Justin Holt, an 18-year-old high school student and technology maven in Manchester, New Hampshire converted his home and front yard to display the creepy robotic girl from the hit Korean thriller show looking out on his neighborhood. This time she’s playing a terrifying version of red light, green light with all who pass by the everyday suburban house.

With guards from “Squid Game” lit up in the windows, the display first illuminates in green as the frightening killer robot has her head turned back on-screen, only to quickly change red as she whips forward yelling “red light!” just before white lights flash with the sounds of gunshots.

“We usually don’t do a Halloween show, but I saw ‘Squid Game’ about two weeks ago and loved it,” he told The Post.

Holt’s elaborate display — which was quickly crowned as the nation’s best Halloween house by commenters on his TikTok — doesn’t take all that much experience to create, according to the teen wiz at computer programing and coding.

“It’s actually pretty simple to do,” he said. “It just costs a lot of money.”

Much of that lofty bill is covered by Holt’s family, who has been doing elaborate light shows since 2005 in their former Texas home — but thanks to their son’s success and 1.2 million deep following on the social media app, he chips in a great deal now as well. 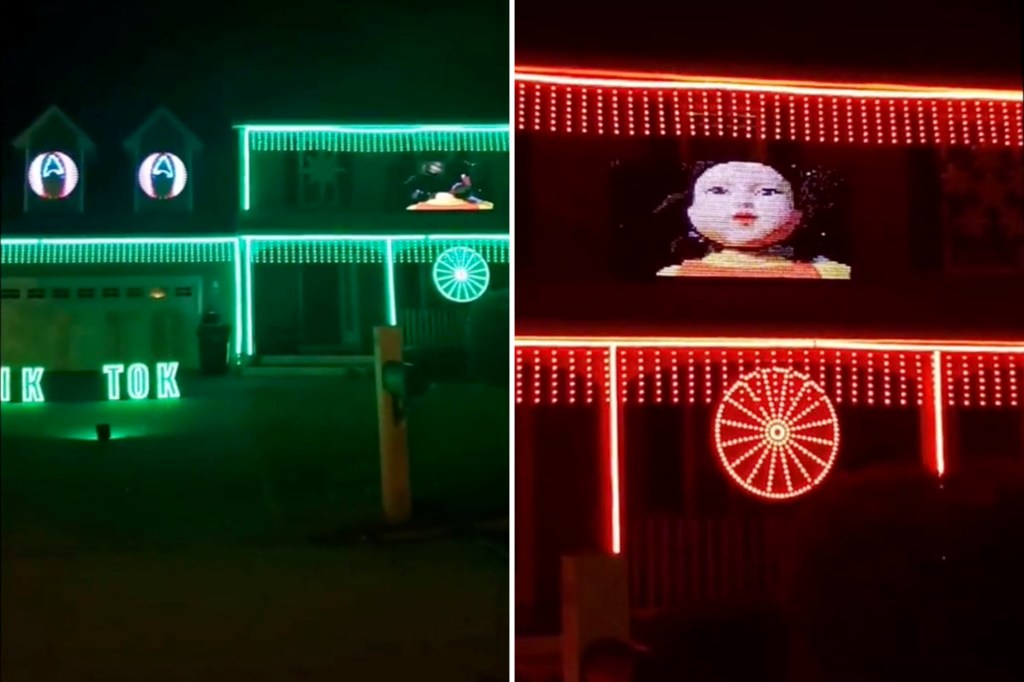 Since Holt’s light show channel @JustinTheLightGuy — a page he started simply for fun with “Minecraft” and “Fortnite” displays — went viral last year, he’s been able to earn around $10,000 in sponsorships, money he will put into future shows, Holt says.

They have become so intricate that Holt spends about 500 hours to properly program the lights and his father puts in about 100 hours to build the displays and frames for the lights that stay up year-round, he said. 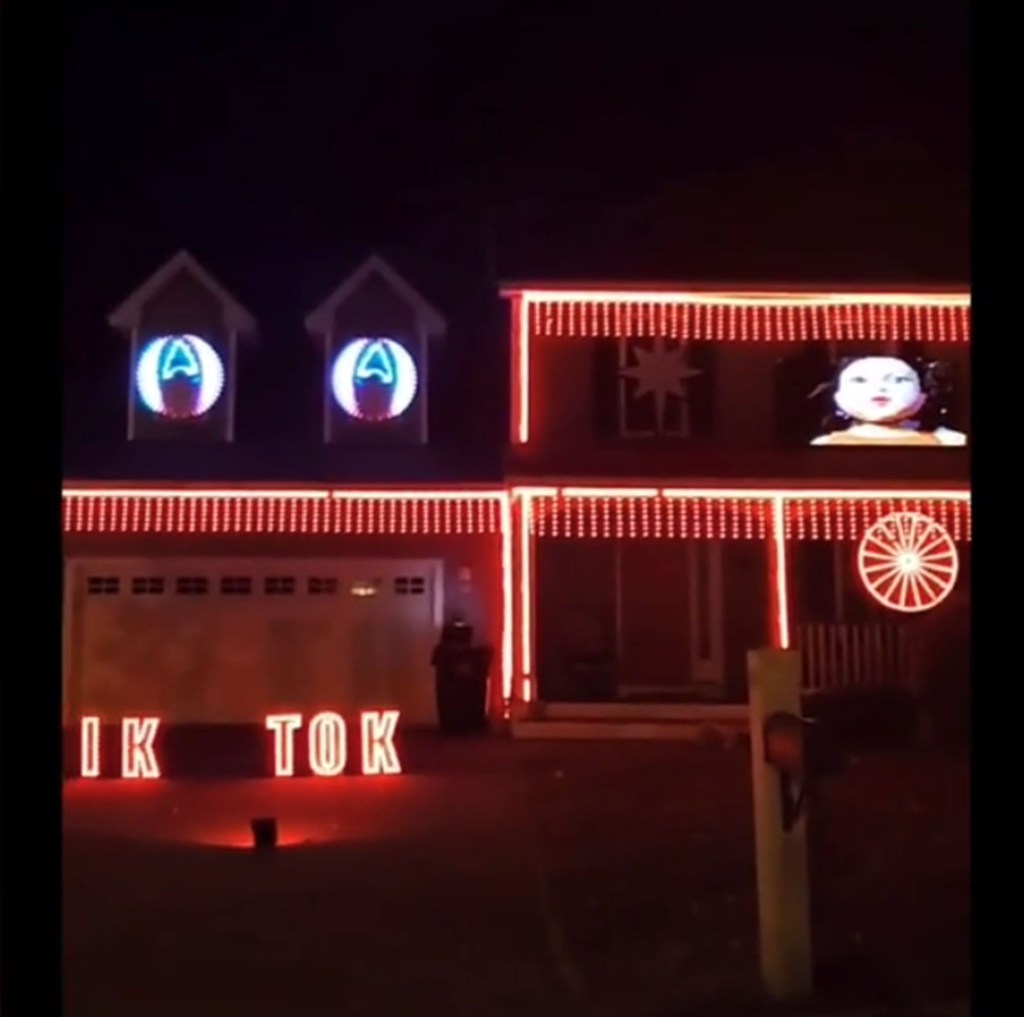 Holt’s home has become a TikTok icon for its wild and crazy displays.

“I really wasn’t trying to go viral, but now that I have, TikTok trends have become a big part of making the displays. I’m recognized for it a lot now, our house has become known as the ‘TikTok house.'”

Although the current “Squid Game” Halloween setup is highly intense, Holt tends to let loose and have more fun during his busy season of Christmastime.

“Seeing kids happy after how horrible last year was is really the reason why I did it. So many people went through such hard times and I could see how great this made them feel.”

Keeping with that fun spirit, Holt is thinking about making trick-or-treaters play the red light, green light game to earn candy this Halloween.