Travis Barker was rushed to the hospital Tuesday afternoon with wife Kourtney Kardashian by his side.

The Blink-182 drummer, 46, was photographed lying on a stretcher outside of Cedars-Sinai Medical Center in Los Angeles, while the reality star, 43, followed on foot.

The musician was seen being wheeled out of the ambulance while holding his right hand up, which showed his unmistakable skull tattoo. Kardashian, for her part, was only seen from the back. She was in an all-black ensemble and had her hoodie up over her head.

The “Kardashians” star’s security team followed closely behind in a black Range Rover, tailing the ambulance as they arrived at the hospital. Both vehicles apparently entered through the wrong area and were redirected by hospital personnel to a different entrance. 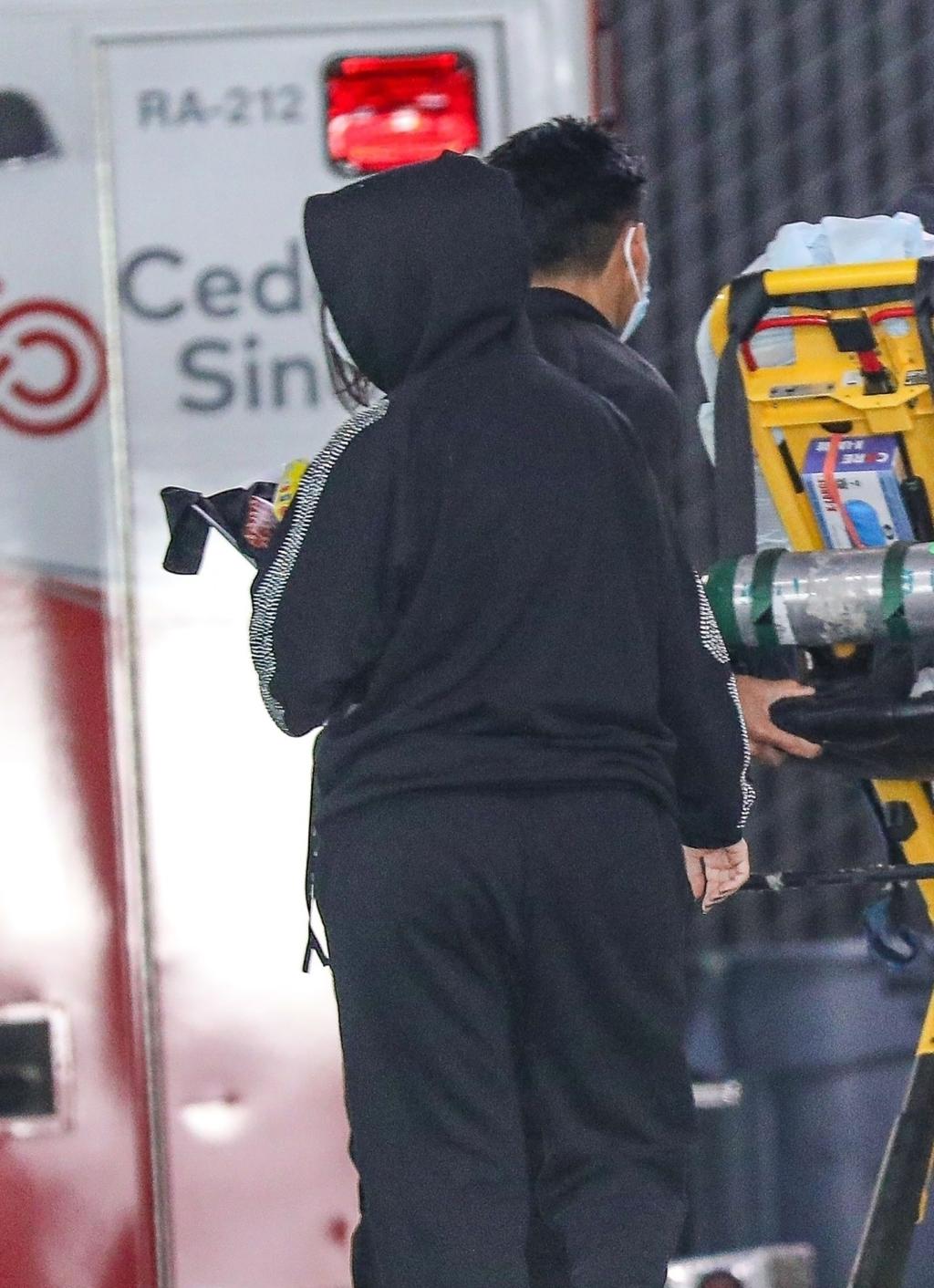 The drummer's wife, Kourtney Kardashian, was by his side. 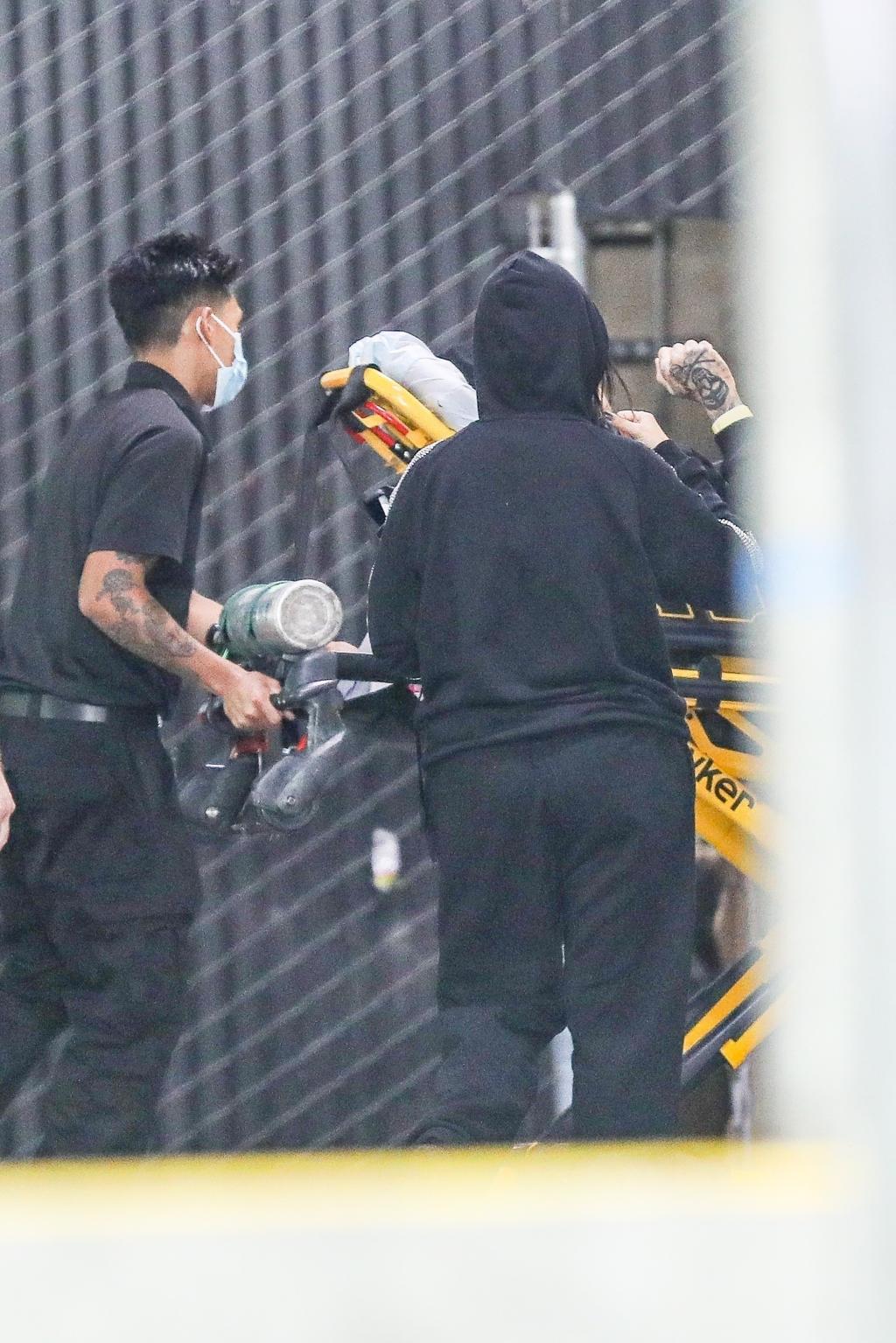 The drummer's wife, Kourtney Kardashian, was by his side.

The couple first arrived at West Hills Hospital and Medical Center Tuesday morning for some sort of health issue Barker was experiencing, according to TMZ, who was first to report the news.

The outlet reports that the medical staff at West Hills felt the musician needed additional care, so he was rushed to Cedars-Sinai.

It’s unclear what sort of medical emergency Barker was experiencing.BACKGRID

At 10:45 a.m. local time – seemingly amid his medical emergency – the rocker tweeted, “God save me.” While that is the name of his song with Machine Gun Kelly, the timing of the tweet is eerie.

Reps for Barker and Kardashian did not immediately respond to Page Six’s requests for comment.

Kardashian’s team followed the ambulance in a black Range Rover.BACKGRID

It’s been a rocky few weeks of marriage for the lovebirds, as Kardashian just recently made a full recovery from her second stint with COVID-19.

Just over a month ago, the two said “I do” in their third and most lavish wedding ceremony of all in Portofino, Italy.