Vicky Kaushal is an Indian actor who works in Hindi films. Playing the supporting role in 2018 films, "Raazi" and "Sanju", he rose to fame. He made his theatrical film debut in 2012 as a younger version of the protagonist Omi Khurana in the comedy film "Luv Shuv Tey Chicken Khurana". His debut TV show appearance was on the comedy talk show "The Kapil Sharma Show" with the cast of his film "Raman Raghav 2.0" in 2016. Before finding success as an actor, he assisted director Anurag Kashyap on his 2012 crime-drama film, "Gangs of Wasseypur". His first leading role was in the hugely successful film "Uri: The Surgical Strike" winning the National Award for 'Best Actor' in August 2019. He shared the award with fellow actor and friend Ayushmann Khurrana, who received the prestigious award for Andhadhun (2018). For Sanju, Kaushal won the Filmfare Award for Best Supporting Actor (tied with Gajraj Rao for Badhaai Ho). His starring roles on Netflix included "Love per Square Foot" and "Lust Stories". He is currently in the headlines as he is going to marry renowned actress, Katrina Kaif.

Vicky Kaushal and Katrina Kaif will get married on December 9 at the Six Senses Resort in Sawai Madhopur, Rajasthan. The couple managed to keep their relationship under wraps for the longest time - they have rarely been spotted or photographed together, have never officially confirmed their relationship, and have carefully avoided any mention of each other on their Instagram accounts - for the most part. A quick scroll through Vicky Kaushal's Instagram, in fact, confirms that the only time he shared a post for his soon-to-be wife was when she launched her brand, Kay Beauty by Katrina, in 2019. Back in October 2019, Vicky Kaushal had posted a congratulatory message for Katrina Kaif on Instagram. "Congratulations @katrinakaif and all the very best for @kaybykatrina... Shine On!" he had written while sharing the promotional video of Kay Beauty by Katrina. Back in May, Katrina had shared an Instagram Story wishing Vicky on his 33rd birthday. In 2020, Vicky Kaushal had also shared an Instagram Story for Katrina on her birthday. The actor posted a picture of Katrina Kaif on his Instagram Story and he wrote: "Happy birthday, Katrina Kaif".

What is Vicky Kaushal Famous For? 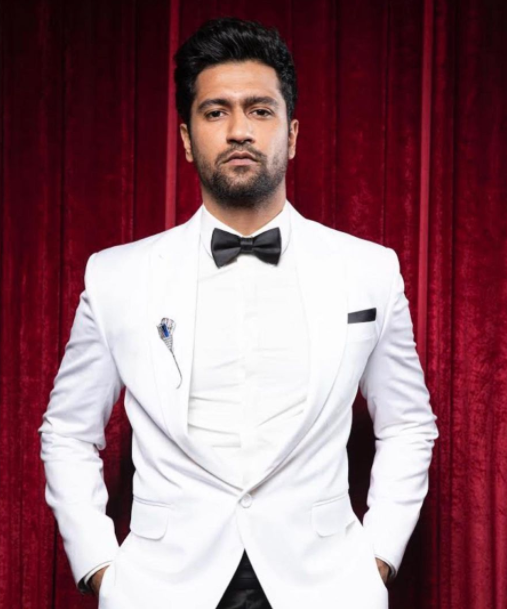 Where Nationality is Vicky Kaushal? Details About His Family, Siblings, and Education

Vicky Kaushal was born on 16th May 1988 in a chawl in suburban Mumbai, Maharashtra, India. He was born to Sham Kaushal (father), a stuntman and subsequent action director in Hindi films, and Veena Kaushal (mother). Also, he has a sibling; a younger brother namely Sunny who is an actor. His family is Punjabi. He has described himself as a "regular kid who was interested in studying, playing cricket and watching movies". His parents were keen on their son having a stable career. His ethnicity is Asian and he is Indian by nationality. He follows the Hinduism religion and his Zodiac sign is Taurus. He celebrated his 33rd birthday as of 2021. 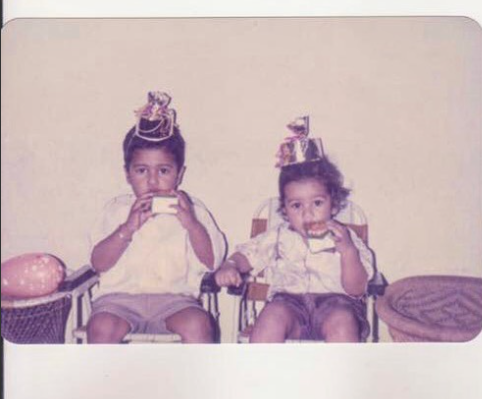 About his education, Vicky Kaushal pursued an engineering degree in electronics and telecommunications from Mumbai's Rajiv Gandhi Institute of Technology. During an industrial visit to an IT company, he realized that an office job would be unsuitable for him and began aspiring to have a career in film. He then took on an engineering job and began accompanying his father to film sets. He also studied acting at Kishore Namit Kapoor's academy. 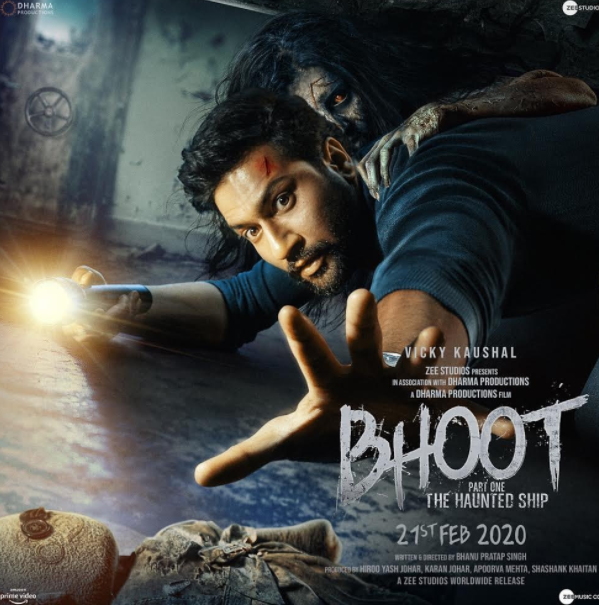 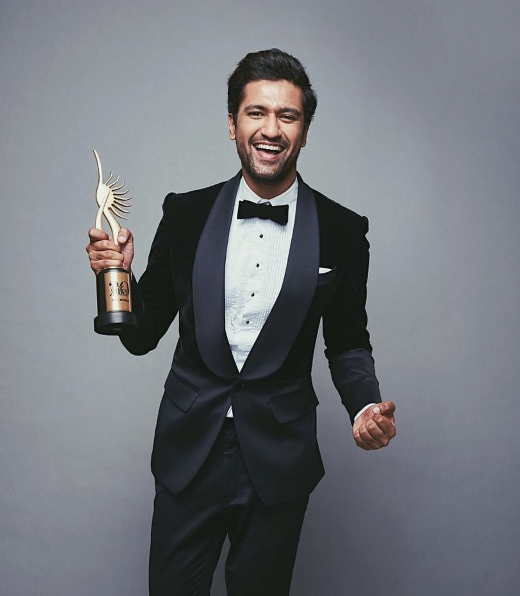 Who is Vicky Kaushal Wife?

Vicky Kaushal is not married yet and he is reportedly marrying Katrina Kaif on 9th December 2021. Since May 2019, the duo are together. It was alleged that Kaif was the reason that caused Vicky’s break-up with Harleen Sethi. However, Vicky and Katrina's love life is going to turn into marriage and they are going to be husband and wife very very soon. Katrina is a British actress of Indian descent who primarily works in Hindi-language films. His sexual orientation is straight and he is not gay. 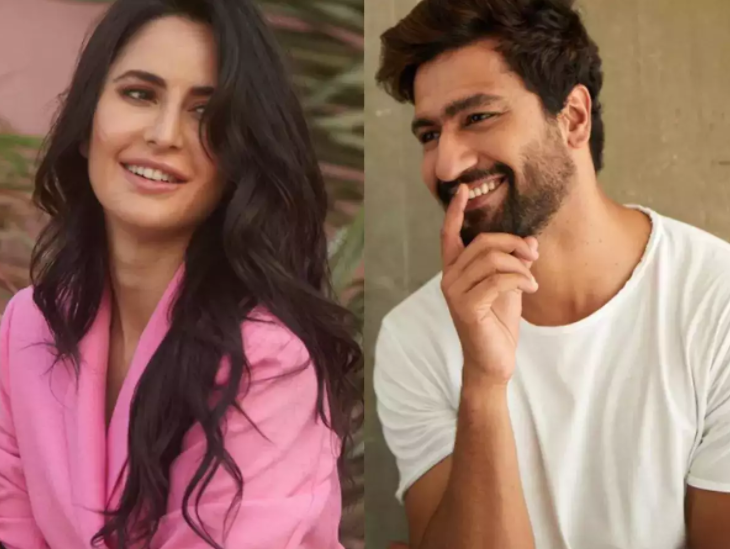 Previously, Vicky started dating Harleen Sethi in 2018. Harleen is an actress, known for Broken But Beautiful (2018), Love, Bites (2017). As per Vicky, he and Harleen met at their common friend Amritpal Singh Bindra's party and instantly hit it off. After the success of his film "Uri" in 2019, rumors began swirling that Vicky and Harleen had called it quits. It was confirmed a few months later in March when the actress unfollowed Kaushal on Instagram. He has also dated Bhumi Pednekar in 2019 and Malavika Mohanan in 2019.

How much is Vicky Kaushal Net Worth?

Vicky Kaushal is a talented and successful actor whose net worth is estimated to have $3 Million (Rs 22 Crores) as of 2021. He is currently charging Rs 3 Crore per film and his monthly salary is more than 25 Lakhs. His main source of wealth is from the acting field. He is living a lavish lifestyle at present. The car collection of Vicky Kaushal has grown considerably in the last few years. He now owns a Mercedes Benz GLC SUV car and a few other cars. He also endorses several brands and products, including Havells, Reliance Trends, and Oppo, charging ₹2 crores (US$270,000)-₹3 crores (US$400,000) annually per brand. He also contributed ₹1 crore to the PM CARES Fund and Maharashtra Chief Minister's Relief Fund due to the COVID-19 pandemic in India. In November 2021, he had rented an apartment in Juhu for 60 months for 8 lakhs per month for the initial 36 months. For the next 12 months, it was 8.4 lakhs per month and for the last 12 months, it was fixed at 8.82 lakhs per month. He had made a security deposit of 1.75 crores INR.

What is the Height of Vicky Kaushal?

Vicky Kaushal is a very handsome actor with an athletic body type. He stands at the perfect height of 6 ft 1 in or 185.5 cm and his balanced bodyweight of 81 kg or 178.5 lbs. He has a pair of dark brown eyes and his hair color is black. He has a very bright smile with charming personality attracting a lot of people towards him. His other body measurement details are still to get released yet. He gained 15 kgs of muscle to play an army officer in the military action film Uri: The Surgical Strike as well as he practiced a ketogenic diet, and underwent five months of military training and mixed martial arts sessions. In April 2021, it was revealed that he had been tested positive for COVID-19.