Home /
Entertainment /
What’s your celebrity wedding style based on your zodiac sign?

The root for the word “wedding” is thought to be the Danish vedde which loosely translates to bet or wager and what is the game of love and the institution of marriage if not a grand gamble, folks?

Wedding ceremonies are one of our few cultural universals and have evolved from their beginnings as a patriarchal transaction to preserve power, forge alliances, gain ground and bequeath the odd head of cattle to its current incarnation as a pledge of commitment, an exchanging of rings, a sealed kiss and a vow of forever.

Myriad factors influence how, why and in what style we wed. Including but not limited to family ties, religious traditions, celebrity inspiration, Pinterest boards, social media, and not least of all, astrology.

As the stars guide and govern our lives so to do they sway our style. Read on to learn more about wedding style through the zodiac signs. 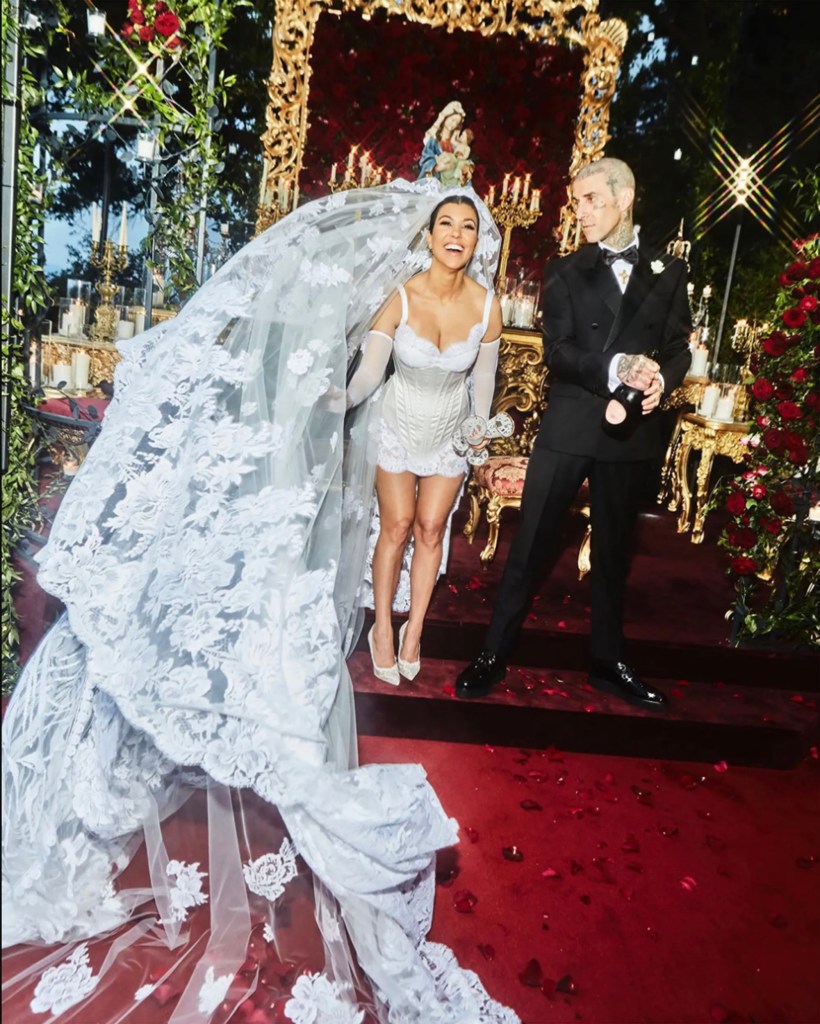 Aries brides spare no glamor and take no prisoners. Ruled by Mars, planet of drive, desire and warfare, an Aries approaches wedding planning with a clear vision, precise execution a dose of high drama and the end game of being extra. For evidence look no further than Kourtney “wedding brought to you by Dolce & Gabbana” Kardashian, Mariah “27 feet of lace train” Carey, and Celine “2000 Swarosvki crystals deep on my inexplicable bridal headdress” Dion. 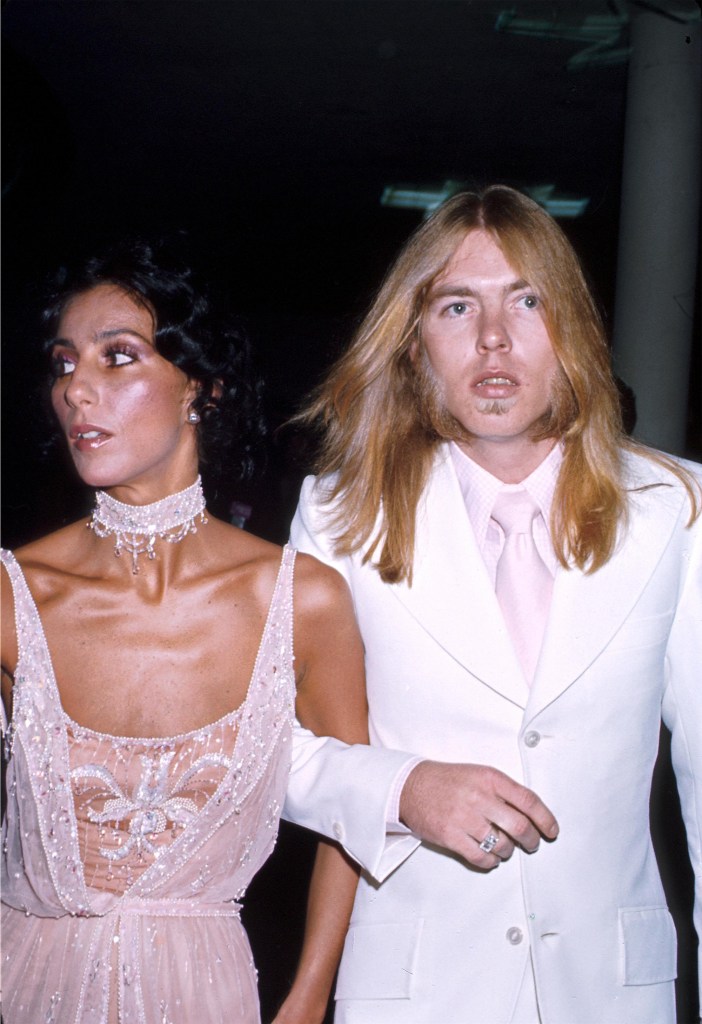 Down to earth, down to commit, and down to keep it comfortable, Taureans favor simplicity and intimacy when it comes to weddings. Bulls are typically home bodies that perfer their personal pastures, a quality we see this expressed in bull babe Cher who first wed Sonny Bono in a makeshift ceremony in their bathroom. Taureans do not stay lonely long, creatures of habit that prefer the confines of a committed relationship, regardless of red flags and aren’t afraid to go whole horns for what they want. True to form, Cher proposed to Gregg Allman a mere four days after her divorce from Sonny was finalized. Everyone wore white to the pair’s Vegas nuptials, caviar was served, the groom was high AF on heroin and the earth sign bride looked radiant in minimal makeup and a peasant style gown. 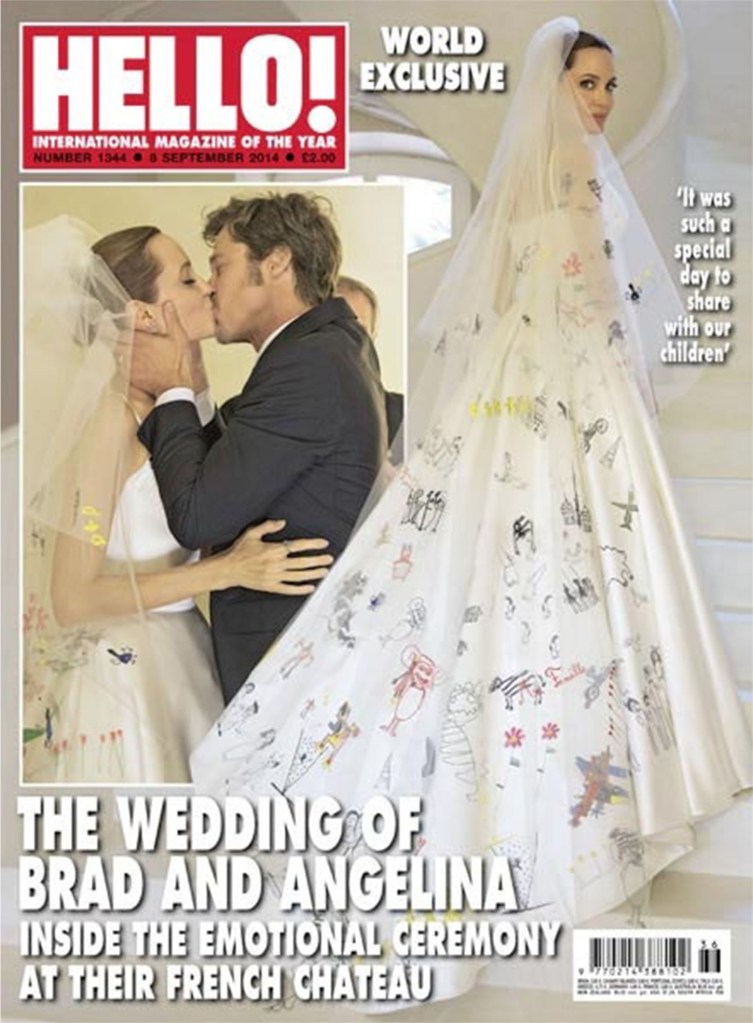 Gemini is ruled by Mercury, planet of messaging, consciousness and communication. In kind, Gemini weddings stress the importance of words with an emphasis on vows, toasts, matching tattoos and monogrammed swag. In the case of thrice wed Gemini Angelina Jolie, words hold a special, visual, and at points visceral place. At her 1996 wedding to Johnny Lee Miller, she used her own blood to write his name on the white t-shirt she wore for their ceremony. When Jolie wed Brad Pitt in 2014 her veil was embroidered with messages and drawings from the couple’s six children. 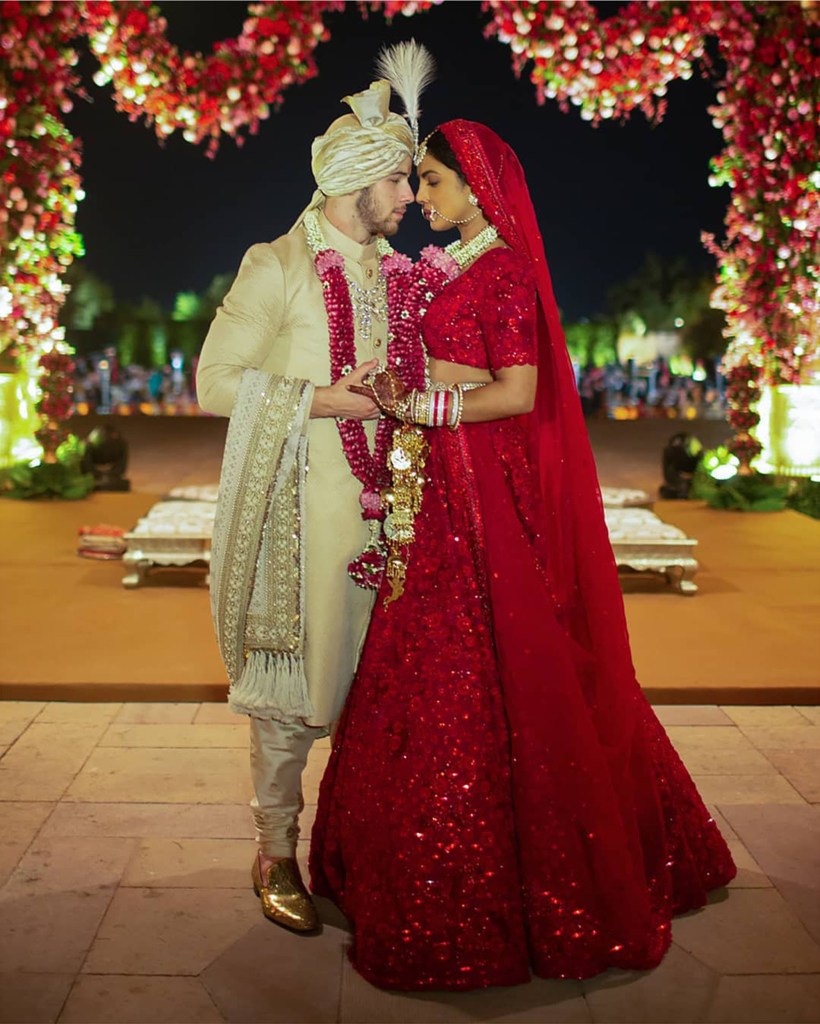 Honoring tradition and building the foundation for family are pillars of Cancer energy.Instagram/@priyankachopra

Cancer rules the fourth house of home and ancestry and Cancer wedding style is vested in family and anchored in tradition. We see these qualities called on in the wedding of Cancer queen Priyanka Chopra who tied the knot with Nick Jonas in two celebrations that honored their respective backgrounds. Held in Chopra’s native India, a Christian ceremony was officiated by Jonas’s father and was followed by a traditional Hindu ceremony, several days of revelry and some seriously epic photos. 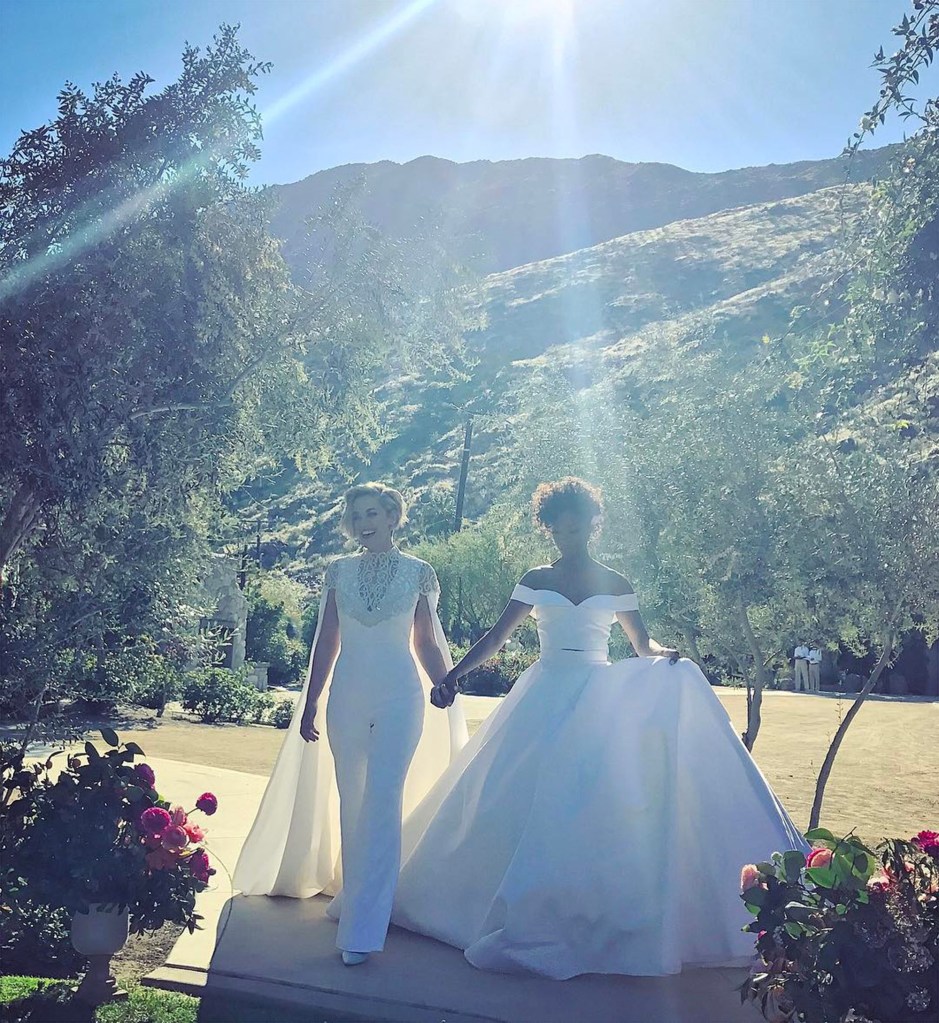 In a truly tender articulation of the Cancer pillars of nostalgia and inclusivity, crab bride Lauren Morelli wed her wife and “Orange Is the New Black” star Samira Wiley in a Funfetti themed wedding and their ceremony was performed in a circular layout “to unify all guests in love.” 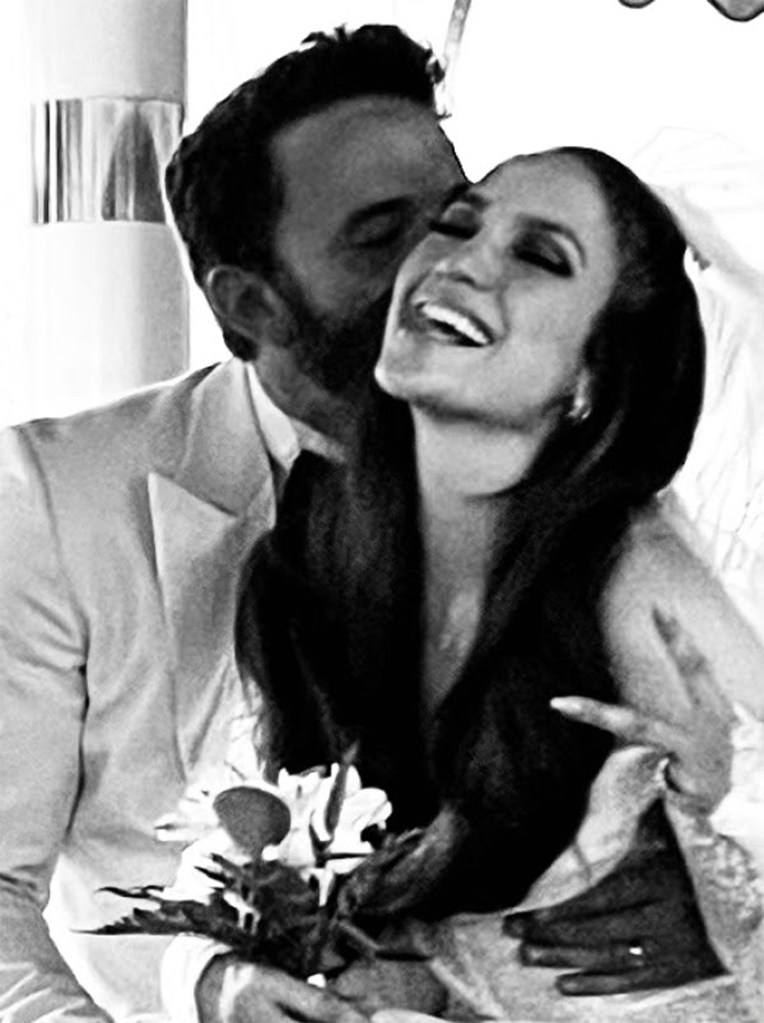 Regardless of the circumstances of their birth, there is a self-possessed regality to the Leo spirit. They believe themselves to be royal and in the case of Meghan Markle, believing is being.

Leo wedding style is opulent and expresses the personality of the lions in question; for Markle and Prince Harry, that expression took the form of a break from tepid WASP traditions, and included a gospel choir and the bride’s choice to walk her own fine ass self down the aisle in a dress that spawned a legion of imitators.

Leo rules the heart and lions have plenty of it, these big cats are big on romance and buy big time into bliss. Leo Jennifer Lopez who wed fellow lion Ben Affleck in July 2022, released something of a royal decree to her fans and subjects, announcing wedding details in a psuedo fairytale tone via her J.Lo newsletter. 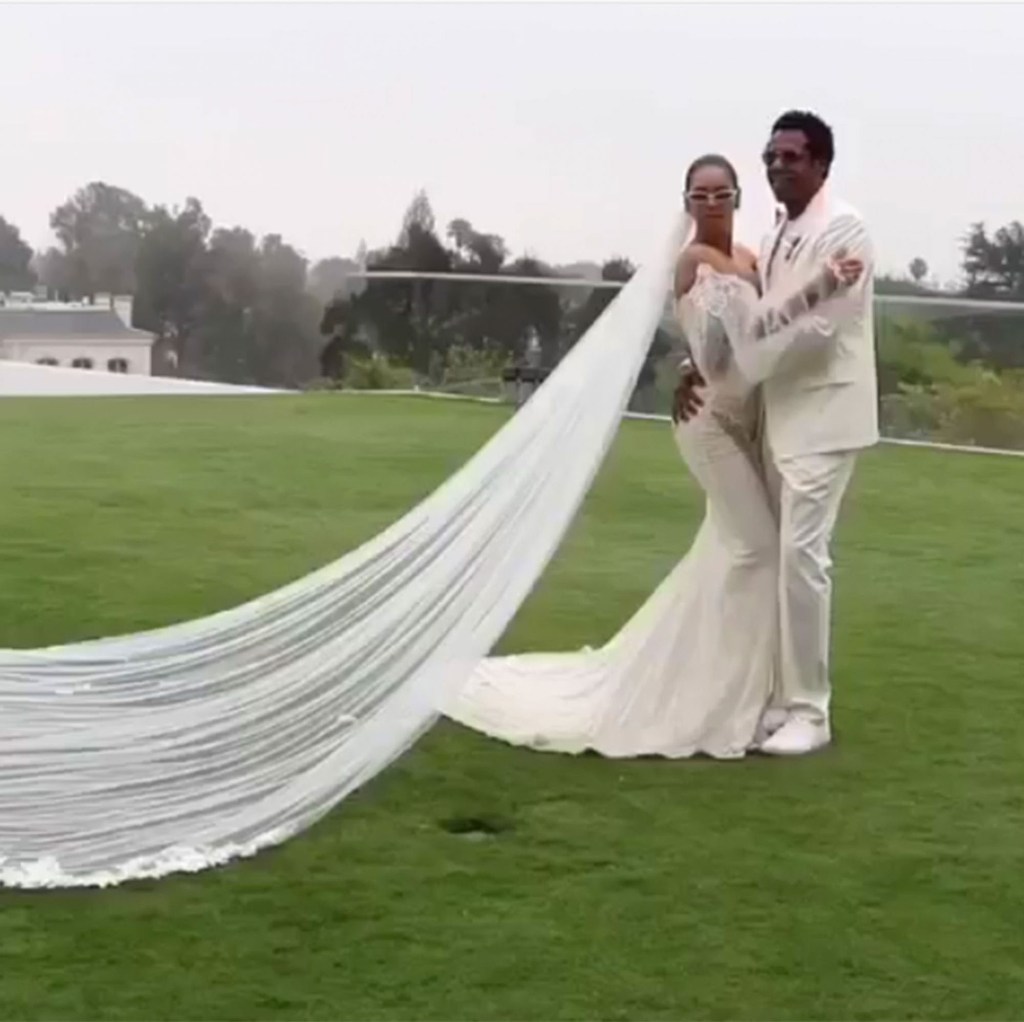 So nice they did it twice, Virgo Beyoncé pictured with Jay-Z at their vow renewal ceremony.Instagram/Beyonce

Virgo is ruled by Mercury the planet that governs the written word. Thus, it is utterly fitting that Virgo Nate Berkus and now husband Jeremiah Brent chose the New York Public Library as their wedding venue, making history as the first same sex couple to exchange vows among the stacks. Virgo has a reputation for being particular, though they prefer the term discerning. As such, no detail goes unnoticed or unattended to when it comes to their knot tying.

We see this, ahem, discernment, in the wedding style of patron saint of Virgos, ladies and gentlemen Beyoncé who wed Jay-Z on the fourth day of the fourth month in a dress designed by her mother. In keeping with Virgo themes of control and curation, the couple instituted a strict no cell phone policy and wed among a menagerie of “70,000 of Beyoncé’s favorite white dendrobium orchids, shipped in from Thailand.” 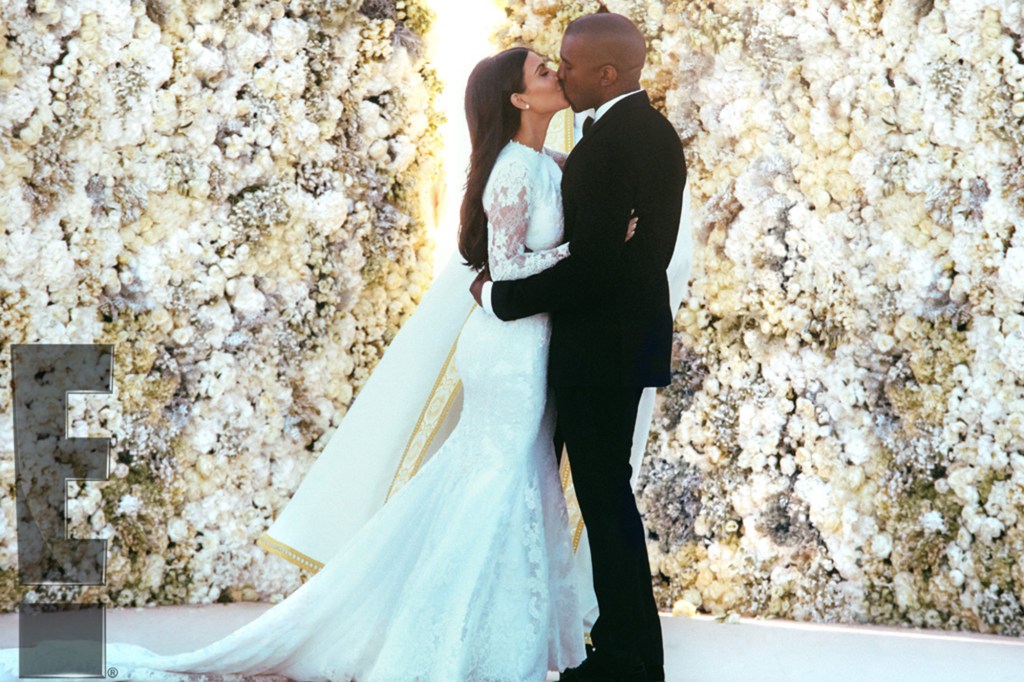 Libra is ruled by Venus, planet of love, beauty, attachment and aesthetics making weddings a true time for the sign of scales and balances to shine. Libras struggle with terminal indecisiveness, exhibited by Gwen Stefani wearing two custom Vera wang dresses to her hitching to Blake Shelton and further exemplified by Kim Kardashian proved who selected both France and Italy as the destinations for her 2014 wedding to Gemini genius/madman Kanye West. Prone as they are to pretty, when a Libra finally decides on the details, the results are downright aspirational in their loveliness.

Say what you will about Kimye, being drenched in Givenchy, serenaded by Lana Del Rey at the Palace of Versailles and hitched in a Florentine Fort sounds kinda dreamy, save for the bit about being married to Ye. Haters be damned, while the union didn’t last, Kimye’s wedding photo became the most liked Instagram image of all time. 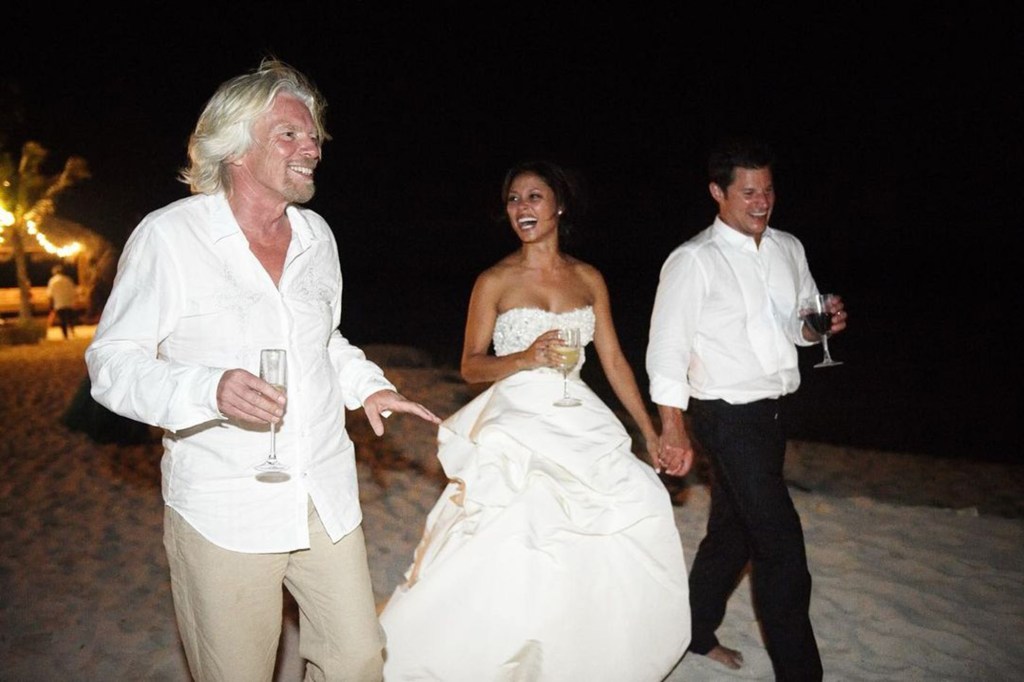 Scorpio keeps things close to the vest and their wedding style swings towards the secretive. Hush hush was certainly the case for scorpion RuPaul who wed his partner of 23 years, Georges LeBa, in a covert ceremony on the anniversary of their meeting. Scorpio couple Nick and Vanessa Lachey (they share a birthday, cute) took confidentiality a step further for their surprise 2011 wedding, instructing unsuspecting guests to arrive at the airport with valid passports. The party decamped to Richard Branson’s private island and in true Scorpio fashion, dead flowers, destroyed cakes and intolerable heat proved to be memory makers rather than deal breakers for the still happy couple. 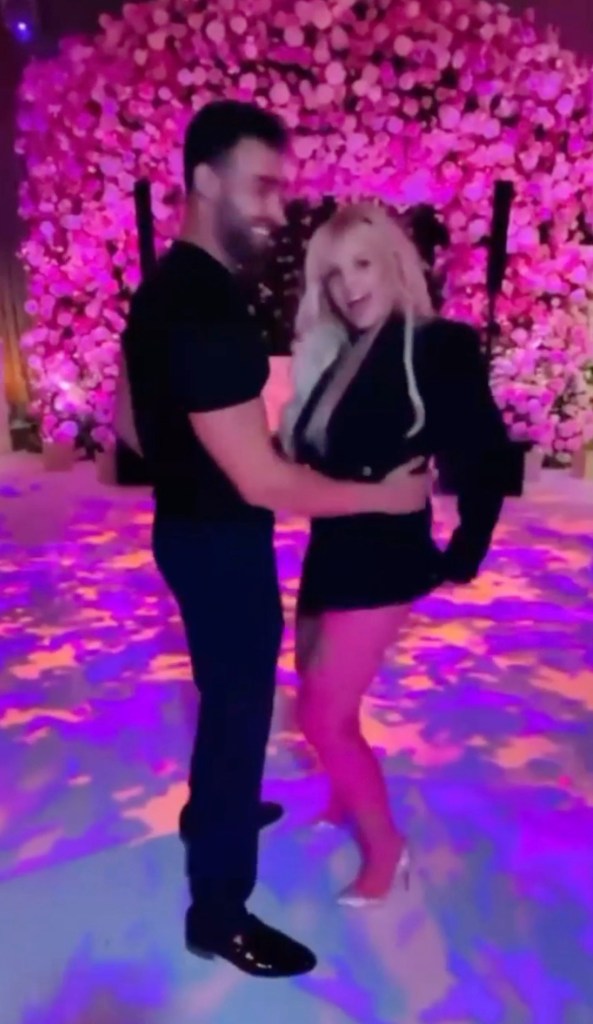 Down to clown, with or without pants, the wedding of Sagittarius Britney Spears (pictured with Sam Ashgari) was full on fun and filled to the rafters with famous faces.Instagram / @britneyspears

Sagittarians value freedom and are typically cagey about commitment but in the case of Sagittarius conservatorship survivor Britney Spears, freedom meant being free to marry her longtime love Sam Ashgari. Sagittarians are open minded, loud mouthed and perennially optimistic and true to form, not even a b&e attempt by her ex could keep keep Spears down on her wedding day. Down to have a good time all the time and leave detractors without an invite, it tracks that a bon vivant archer like Brit would choose to exclude her fraught immediate family from ceremony and close out the night dirty dancing with her groom; stripped down to bare feet, a diamond thong and a tuxedo jacket. Mazel! 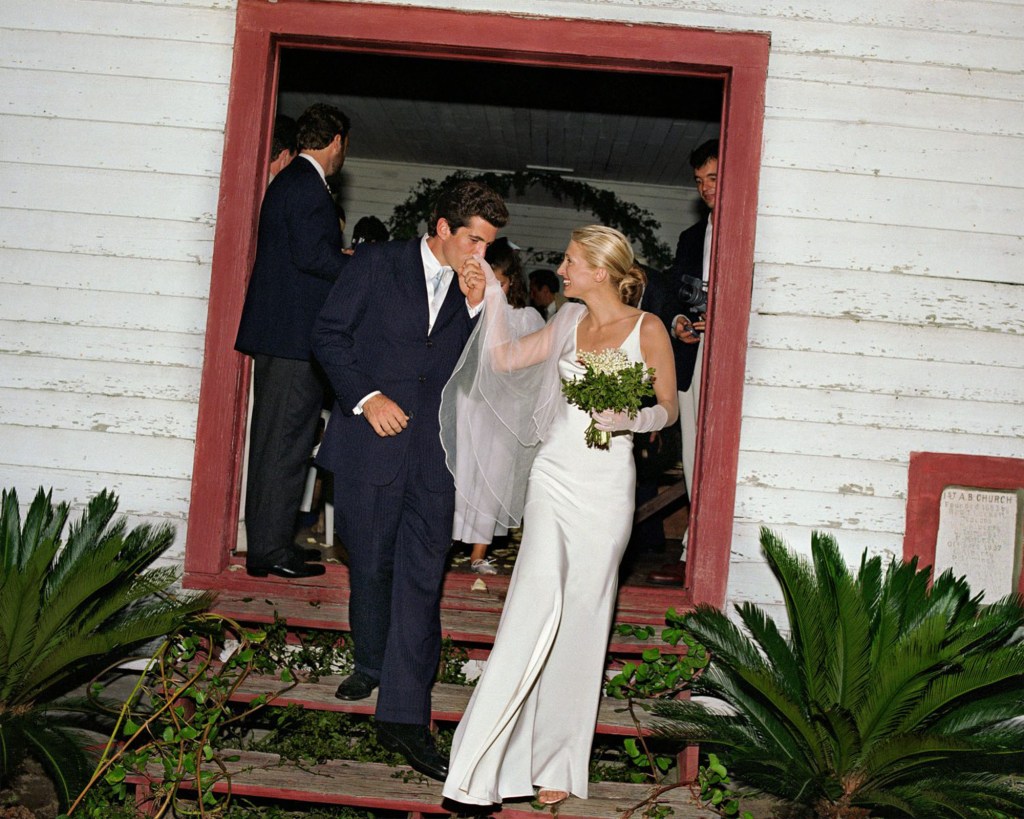 Capricorn is a classic. Ruled by Saturn, planet of structure, standards and legacy. Indeed, this earth sign keeps it in line all the way down the aisle. Exemplifying this energy is royal Cap Kate Middleton whose long sleeve lace gown and preternatural nuptial poise have made her an oft cited source of wedding inspiration. Yet, the timeless elegance of Capricorn is perhaps best expressed by late sea goat and style icon Carolyn Bessette who opted for a simple Narciso Rodriguez slip dress for her candlelit wedding to JFK Jr. The intimate affair was described by their wedding photographer as, “No grandeur, nothing more than just what it was. The simplicity—that was the beauty” and the same can be said of the style of this cardinal sign. 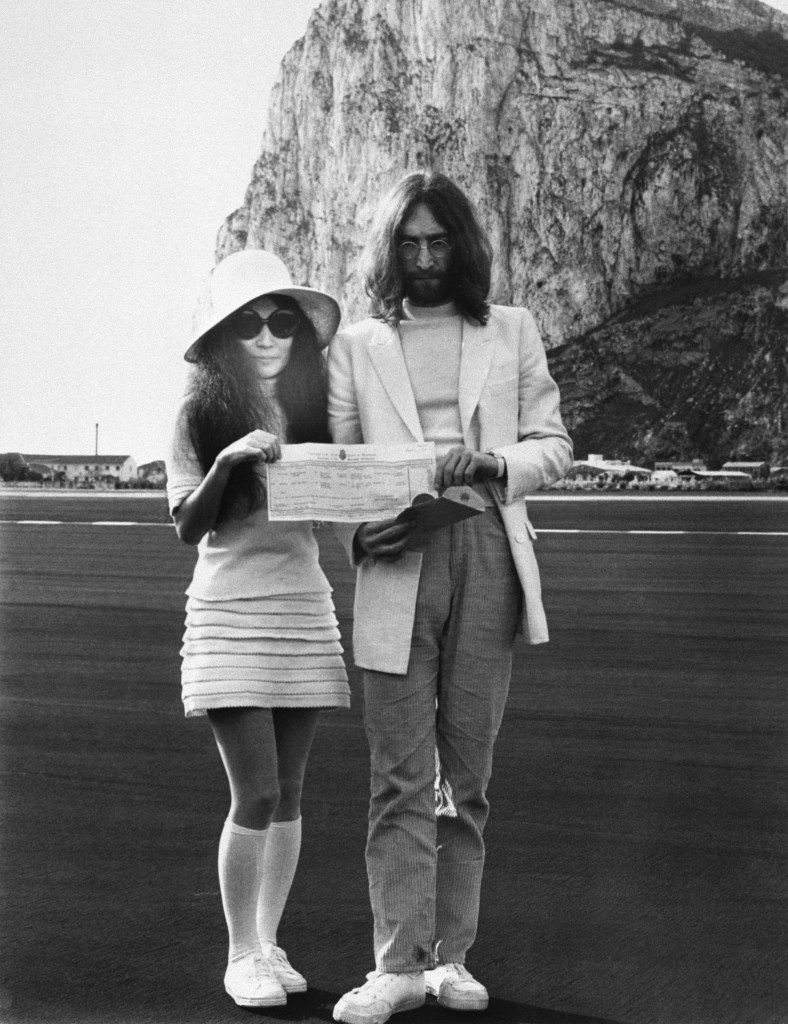 Aquarians march to the beat of their own drum and in the case of water bearer Yoko Ono (pictured with John Lennon), walk down the aisle in a wide brimmed hat.Bettmann Archive

Dedicated to their weird and emphatic about their wants, Aquarians go their own way always and in all ways. When it comes to wedding style, count on a break from convention and star making personal statement. Whether its water bearer Yoko Ono looking impossibly cool in black out shades and a wide brimmed hat in front of the Rock of Gibraltar on her wedding day or Paris Hilton holding a carnival in honor of her hitching, when it comes to Aquarians, expect the unexpected and the entirely iconic. 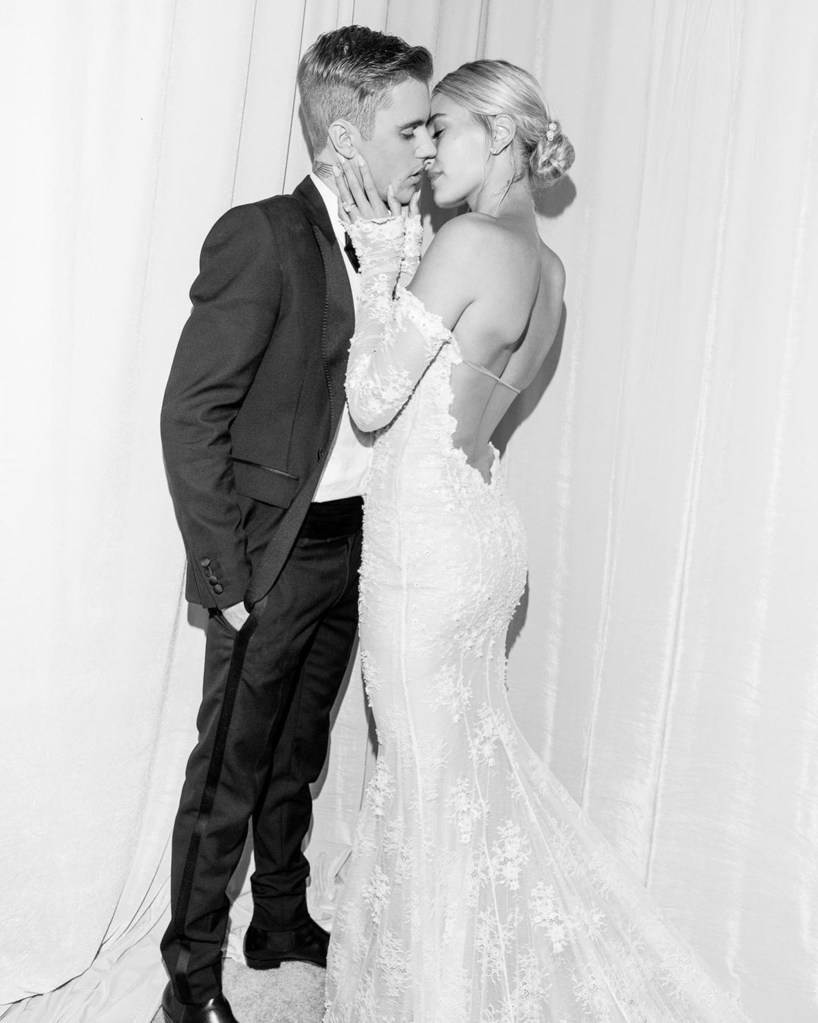 Pisces like Justin Bieber (pictured with Hailey Bieber) are shameless romantics who go heavy on the sweet when it comes to wedding style.Instagram/haileybieber

Idealistic at best and illusory on the regular, Pisces is the most unabashedly romantic sign in the zodiac and the vibe runneth over into wedding style. Consider our Pisces prince Justin Bieber whose 2019 marriage to Hailey Baldwin reportedly included a pre-wedding slumber party with their loved ones and a screening of “The Notebook.” So sweet it could give you a toothache, folks. True to the empath ethos of this mutable water sign, the bride wore a Vivienne Westwood dress “made with organically-produced, eco-friendly and cruelty-free peace silk — which allows the silk butterfly to live beyond the cocoon,” according to Harper’s Bazaar. We can’t speak to the vow exchange but judging by this Instagram post, the Biebs brought the poetry to the party.

Astrology 101: Your guide to the stars

Astrologer Reda Wigle researches and irreverently reports back on planetary configurations and their effect on each zodiac sign. Her horoscopes integrate history, poetry, pop culture and personal experience. She is also an accomplished writer who has profiled a variety of artists and performers, as well as extensively chronicled her experiences while traveling. Among the many intriguing topics she has tackled are cemetery etiquette, her love for dive bars, Cuban Airbnbs, a “girls guide” to strip clubs and the “weirdest” foods available abroad.