Tim Stokely and RJ Phillips had a big unicorn with OnlyFans, and now they’ve turned their attention to a new startup called Zoop, which is making Web3 gaming avatars with non-fungible tokens (NFT).

Zoop’s platform will allow users to buy, sell, collect and trade 3D digital playing cards of their favorite celebrities. It uses NFTs on the blockchain to authenticate unique digital items. Ahead of the summer launch, Zoop is selling priority passes.

Stokely was the cofounder of OnlyFans and Phillips helped run the company’s Asia operations. Both will serve as co-CEOs of Zoop. They hope it will be a stepping stone to the metaverse, the universe of virtual worlds that are all interconnected, like in novels such as Snow Crash and Ready Player One.

Phillips said the company went through a number of ideas and pivoted to a plan to target Web2 audiences who have no tech knowledge but want to engage with celebrities and influencers using cool-looking avatars. And over time, they will bridge to Web3.

“They want to have that sense of community and be able to do things with these avatars that they’ve collected,” Phillips said in an interview with GamesBeat. “It’s a cool-looking 3D avatar and the dream is one day they can be Serena Williams playing in Tomb Raider.”

In the meantime, fans can collect avatars and be able to play simple blockchain games and engage in a kind of metaverse.

“We’ve tried to make it very simple, very inclusive, and very accessible,” Phillips said. “And at the same time, I hope you can have fun. And that starts with the main part of our product. We’re all about celebrities and influencers today. Tomorrow, we don’t discriminate against sectors where people are coming from what they’re doing. And eventually our platform will allow anybody to come in create their avatar, if they’re an influencer through our AI software, a major celebrity, with a working partnership with our design team.”

With Zoop, consumers will be able to transact with playing cards based on their favorite influencers or celebrities. These cards will be NFTs that can authenticate the uniqueness of the digital items, and they will be in 3D. On Zoop, fans can acquire officially licensed, limited edition digital cards, and are able to sell and trade them in a secondary market.

The idea is to have a closer connection between fans and celebrities. And the cards will give the fans access to perks such as exclusive drops or access to interest-based communities. It can happen easier in the post-pandemic world, where celebrities may not want to do as many in-person fan events as they once did. In this case, they can send their avatars to virtual events or put them into games.

The platform will use the Polygon blockchain, a Layer 2 Ethereum chain that has low transaction costs and operates in a more sustainable way. Polygon also invested in Zoop. Zoop plans to release 500 cards per influencer for its initial drops and it could eventually launch its own token. 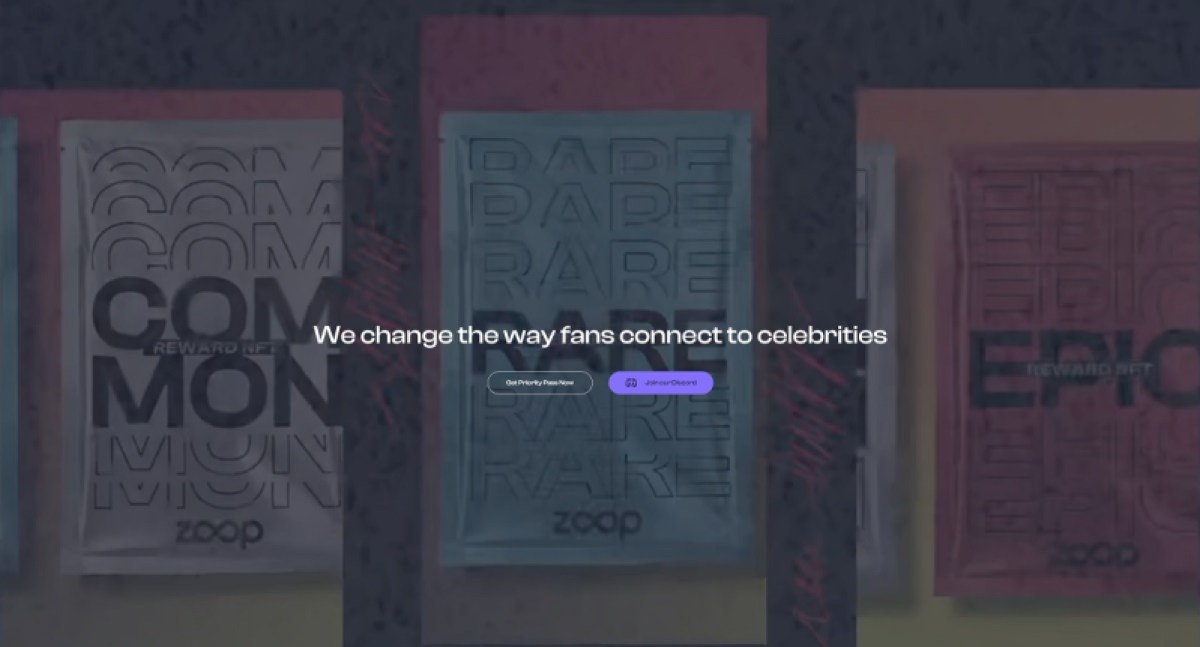 Zoop is a product of the OnlyFans leaders.

As for lessons from OnlyFans, the company knows how to handle marketing and work with celebrities in a way that puts its customers first, Phillips said.

“We’re going to make it inclusive for them, provide great support, and ensure that our platform doesn’t exclude people,” he said.

The company is targeting people 14 years and older. And it controls the style of avatars that can be used in Zoop.

“We have helped Web2 users access Web3 because there is a huge barrier to entry,” Phillips said. “We hope the avatars and the uses will grow phenomenally. I think the possibilities are endless.”

“We’re encouraging these micro communities all the way down to the grassroots,” he said.

Where to use the avatars

Zoop competes with rivals such as Genies.

While it probably isn’t cool to take one of these avatars into a fantasy game, there is a genre of games akin to Ready Player One where a mashup of all kinds of celebrity characters works just fine. Fortnite is a good example of that.

“That’s what is the most exciting, where the possibilities are endless,” Phillips said.

The company has 14 people that are spread out around the world. The cofounders funded the project themselves so far, in addition to the funding from Polygon.

In the coming weeks, influencers will launch with their cards, and then major celebrities will come out with their 3D cards.

The initial transactions will be handled with U.S. dollars, as it felt like focusing on cryptocurrency transactions would limit the potential size of the market.

Under the business model, about 70% of the proceeds from a primary sale will go to the celebrities themselves. About 10% goes to the affiliates or agents of the celebrity or the entity connected to a music label or such. About 20% goes to Zoop, which has costs such as handling transactions.

“It’s a lot like our OnlyFans model, where we take a small fee to manage the ecosystem,” Phillips said.

The avatars will be 3D collectibles on your smartphone. The more you engage with them and the celebrity, the more rewards you can earn. Over time, brand partners will get involved and compete for the attention of avatar owners. As the avatars become more valuable, people will be able to trade them.

Phillips said he realizes that some platforms will or industries will have different requirements for the tech used in avatars, and so Zoop has to have conversations with the partners ahead of time to choose the tech correctly.

While the platform uses NFTs, the company isn’t going to highlight that in its marketing material, particularly because the target audience wouldn’t understand that.

“For us, it’s really collectibles powered by NFTs,” he said. “The thing that matters is someone makes a purchase in your ecosystem and then you provide them with the image that is going to work where they want to use it.”

The company has to be wary of fakes, as the NFT market is rife with them. And it wants the fans to have a good experience.

While crypto prices are crashing now, Phillips said the company isn’t necessarily affected as it bridges both Web2 and Web3 transactions.

“The large majority of the people that we’re aiming our products at are not those crypto users,” Phillips said. “It’s the 80% of the population that are interested in celebrities and brands and are interested in collecting to connect and to have fun with these digital avatars. As I said, the word NFT doesn’t appear in the marketing.”