Home /
NEWSiNi /
Women Got Asked When Did They Stop Feeling Safe Around Men, 30 Deliver Sad Stories

Women Got Asked When Did They Stop Feeling Safe Around Men, 30 Deliver Sad Stories

Harsh truths about people's lives are rarely easy to talk about, but these women need to be heard, their stories need to be out in the open for everyone to see. Twitter user Emrazz, aka the Feminist Next Door, sparked an important discussion online when she asked her followers to share how old they were when men started making them “feel uncomfortable or unsafe” in their own body.

What follows are some of the most honest and powerful responses you’re likely to see on social media in recent days. Twitter users opened up about how they were on the receiving end of harassment and improper behavior and it is shocking. What’s even worse is that some of the people who made these women feel unsafe were the people closest to them. 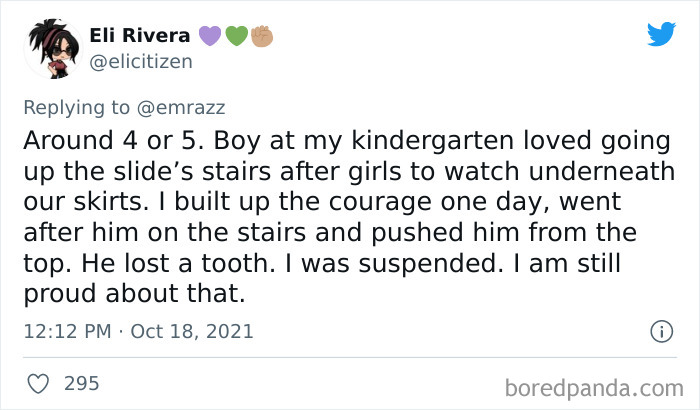 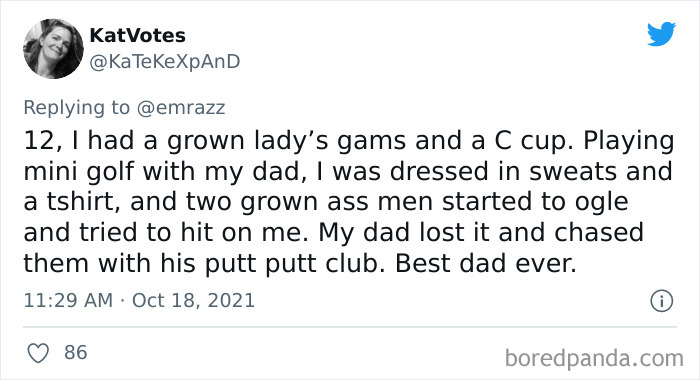 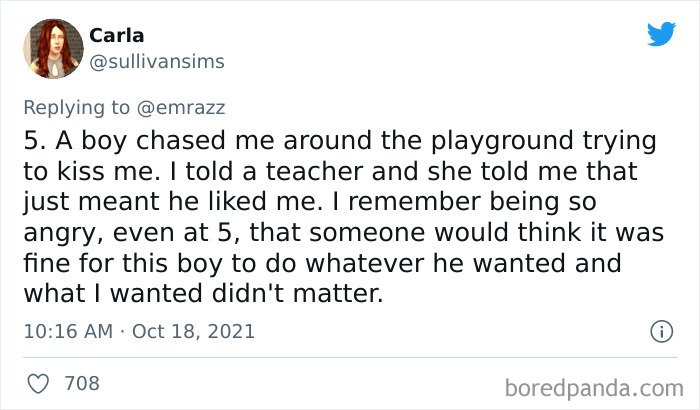 Twitter user Emrazz describes herself as ‘Putting hard things into 280 characters with moderate success.’ Her willingness to tackle harsh issues has also made her the target of criticism online, with some people calling her account to allegedly be “objectively the worst.”

However, Emrazz wears that as a badge of pride. She also jokes in her Twitter bio that she will “tweet for mini muffins.” Meanwhile, on her Instagram, she points out that she doesn’t hate men as some internet users might think. However, she can’t stand misogyny. “I don’t hate men but I do hate misogyny. Stop doing that.” 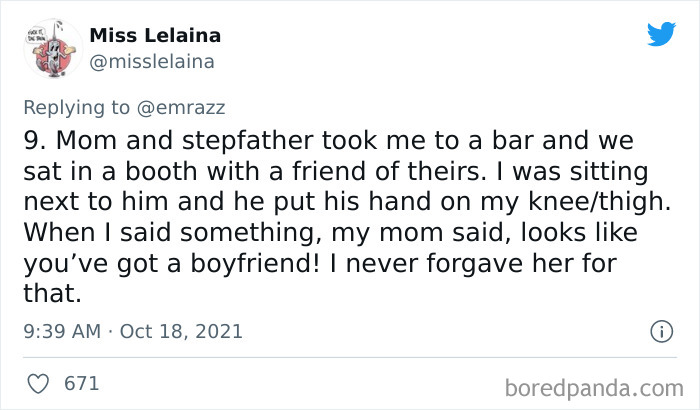 Previously, Bored Panda spoke to Emily May, the Co-Founder and Executive Director at ‘Hollaback!’, an organization that aims to put an end to harassment in all its forms. Emily explained that parents need to find some time to speak to their children about one of the most difficult topics of all—harassment. 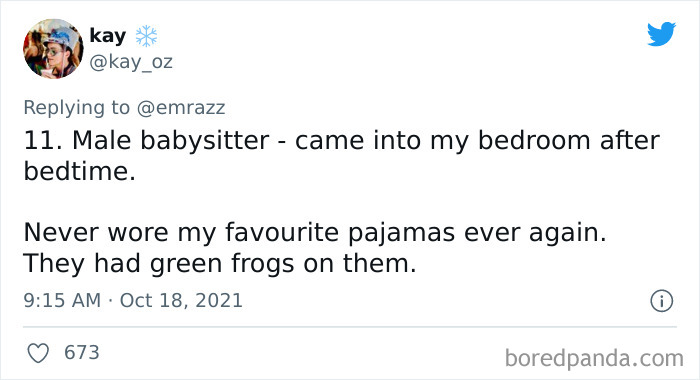 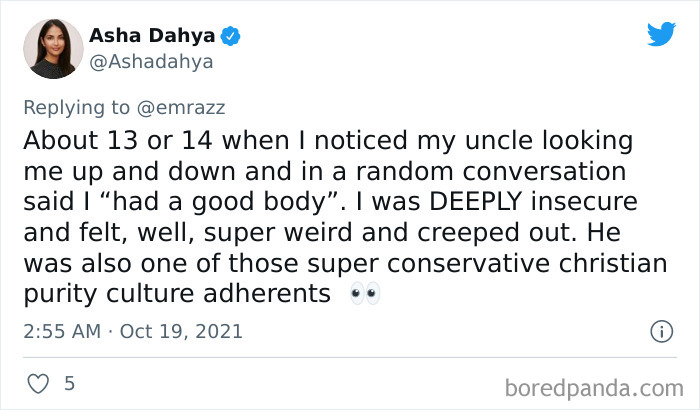 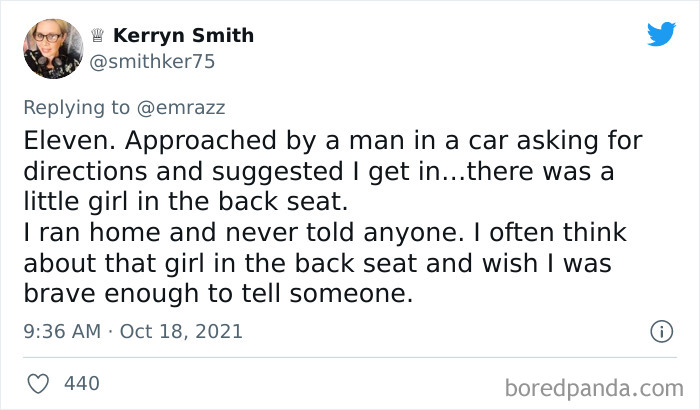 “We need to equip young people with resources including: what harassment is, what it looks like, how prevalent it is, why it isn’t ok—and most importantly, that it’s never their fault,” Emily from ‘Hollaback!’ told Bored Panda.

According to her, most young women blame themselves after being victims of harassment. This results in them being more hesitant to talk with their parents and loved ones about what happened. 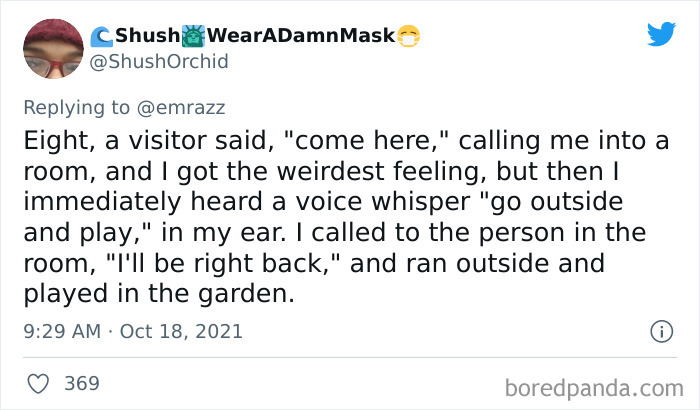 Emily pointed out that victims of harassment are afraid that their family members will ask them questions like, “Why were you wearing that?” or, “Why did you take that route?”

“In the same way we tell our teenage kids that if they get drunk and don’t feel safe driving home we will pick them up from wherever they are, no questions asked—we also need to tell our kids that if someone harasses them we will never, ever blame them for it or punish them for it. This is important for creating a safe space so that they have a trusted adult they can process these experiences with,” Emily told Bored Panda. 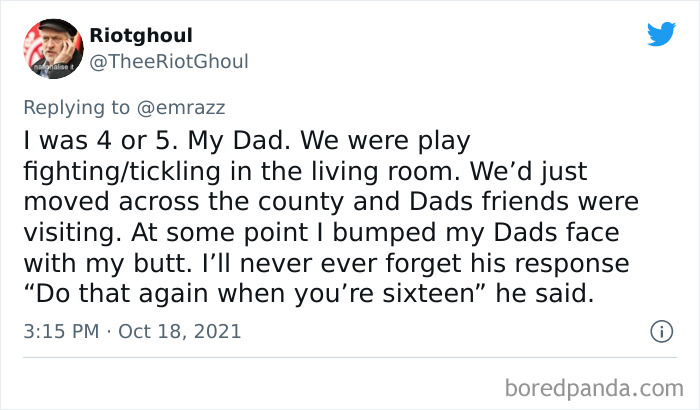 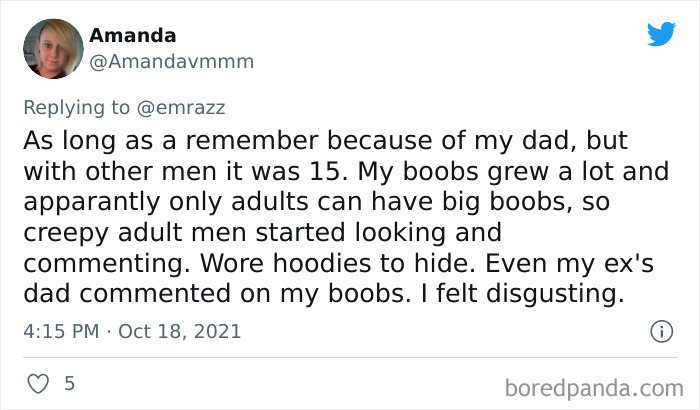 According to Emily from ‘Hollaback!’, regaining the sense of security victims used to have in their local area is challenging but possible. Community plays a strong role in this.

“One thing that can help you build a sense of safety, however, is community. Take the time to get to know the good folks in your neighborhood and build positive relationships with not just your neighbors, but the people who deliver the mail, the trash folks, the guy that mows your neighbor’s lawn, etc.” 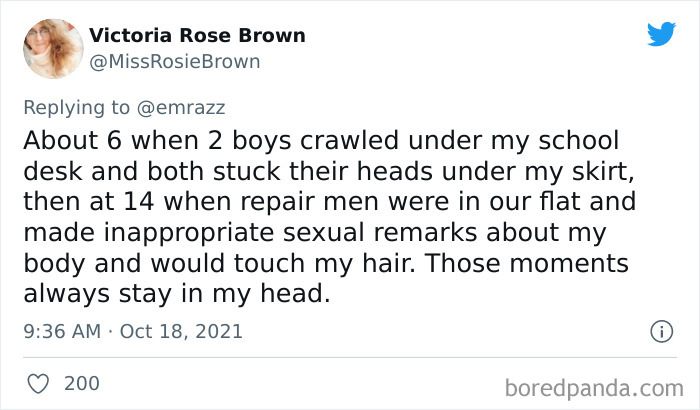 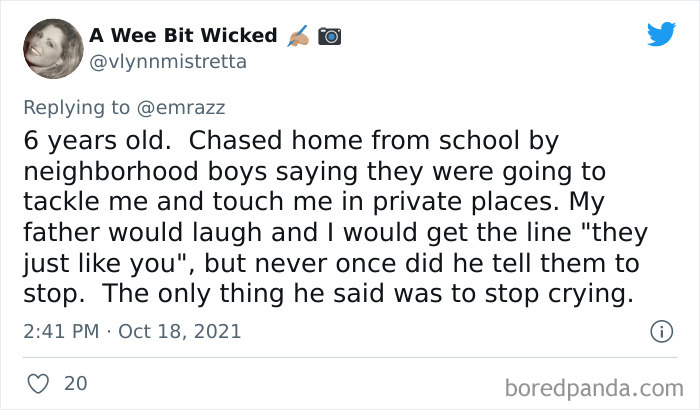 Getting to know the members of your community can help you feel more at ease. You also create potential allies who are likely to help you in case of an emergency. “The more people you know, the more people will have your back if something happens again. Knowing this can increase your sense of safety and belonging in your community.” 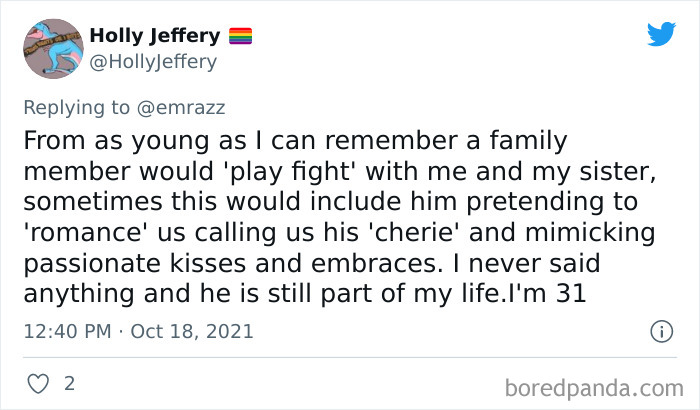 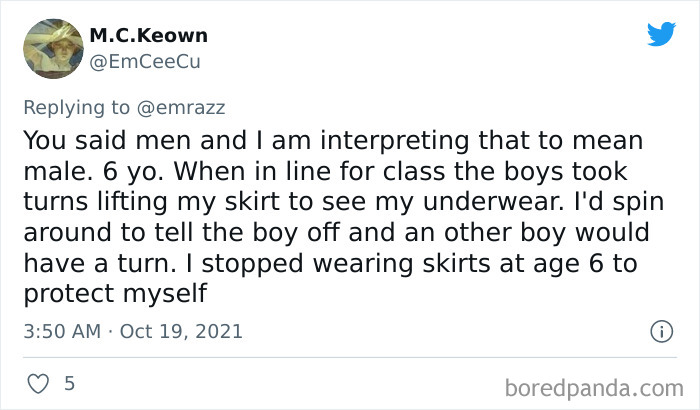 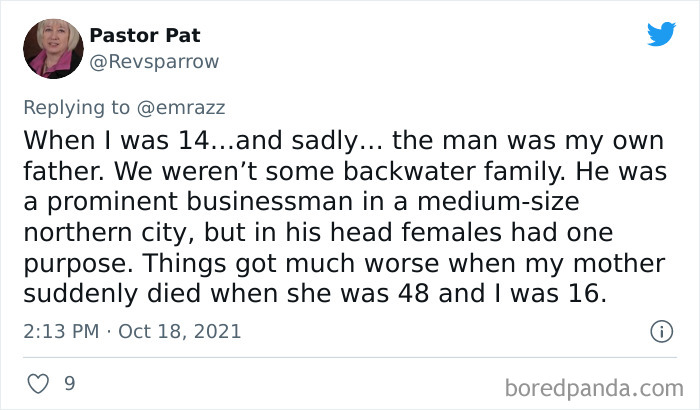 Earlier still, Emily from ‘Hollaback!’ told Bored Panda more about street harassment and who it can happen to. “Street harassment is sexual, gender-based, and bias-motivated harassment that takes place in public spaces like the street, the supermarket, and the social media we use every day. At its core is a power dynamic that constantly reminds historically subordinated groups of our vulnerability to assault in public spaces,” she said. 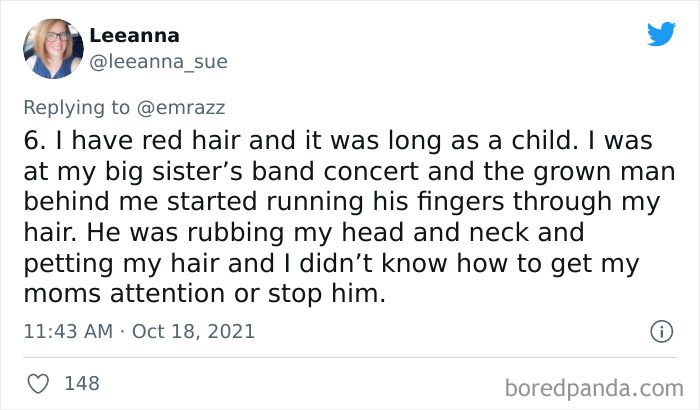 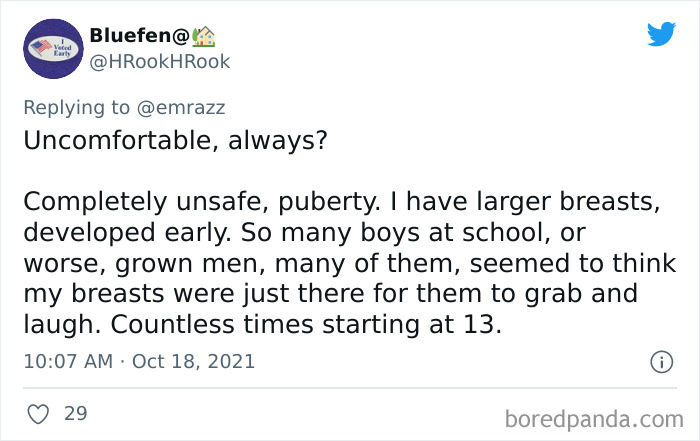 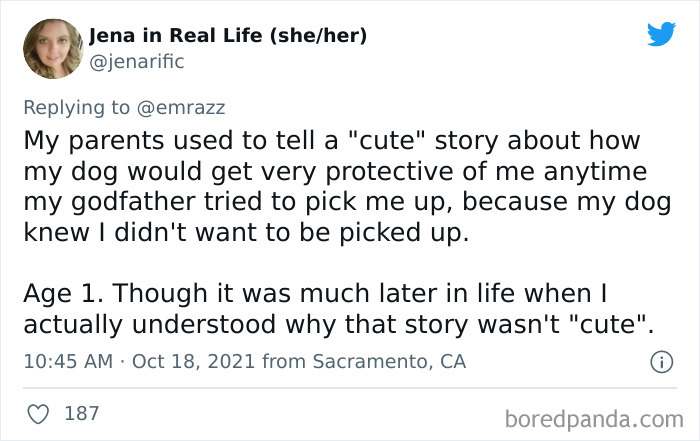 “Street harassment can happen to anyone, but disproportionately punishes women, girls, LGBTQ+ people, and other marginalized groups for being themselves in the world,” Emily said that certain groups of people are more vulnerable than others.

Emily explained that there is a whole spectrum of gender-based violence. On one side of the spectrum are stalking, following, and comments about one’s appearance while things like groping are on the other side. 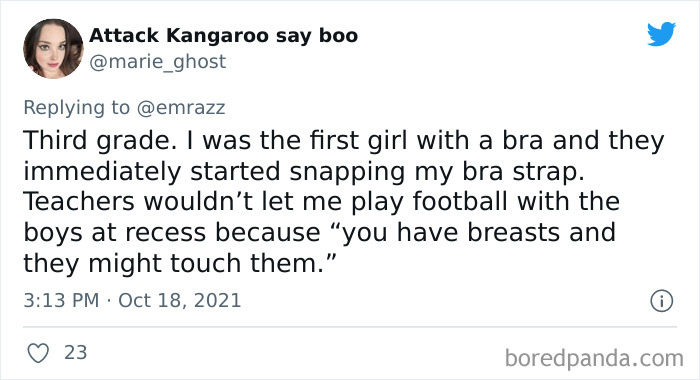 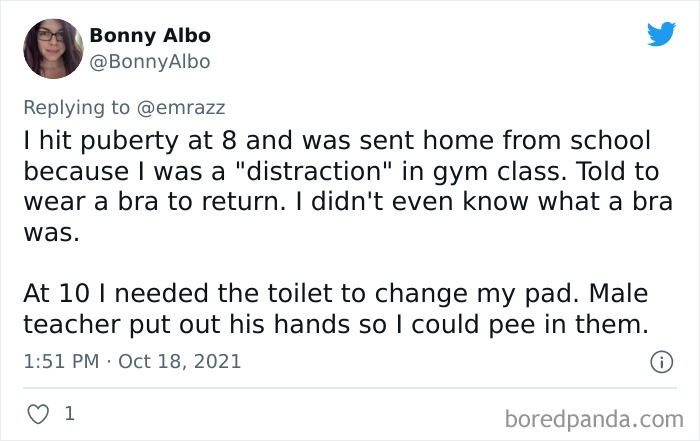 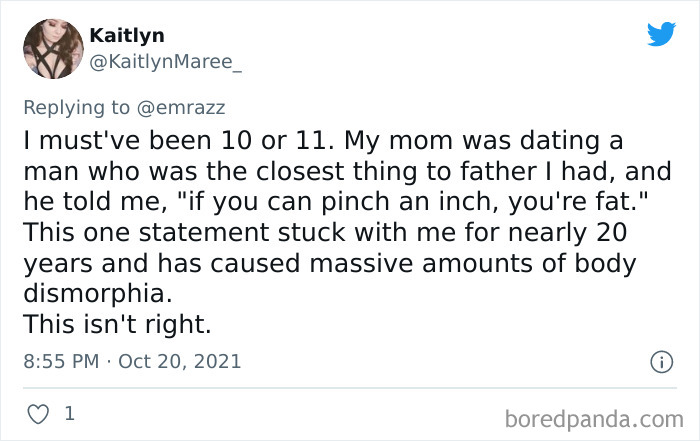 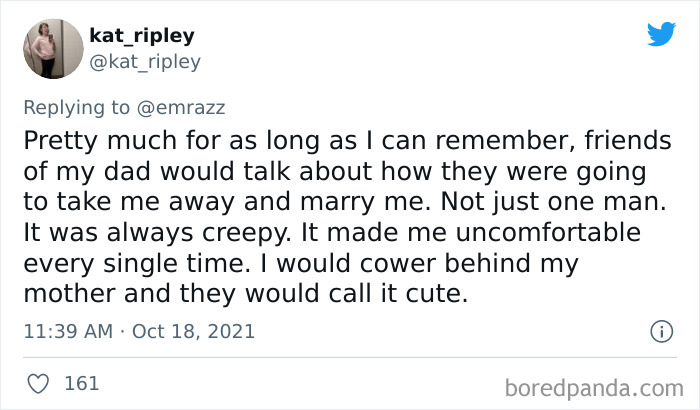 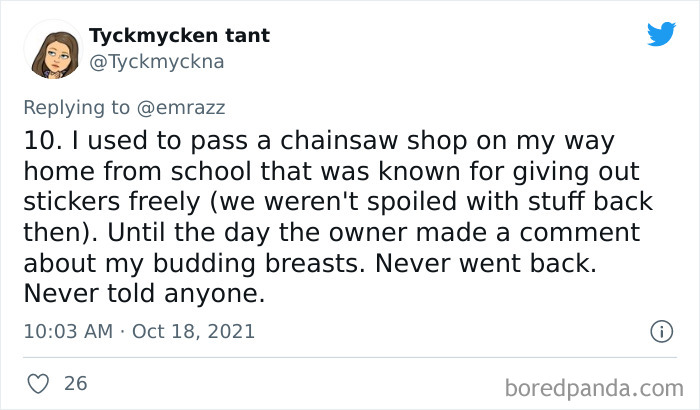 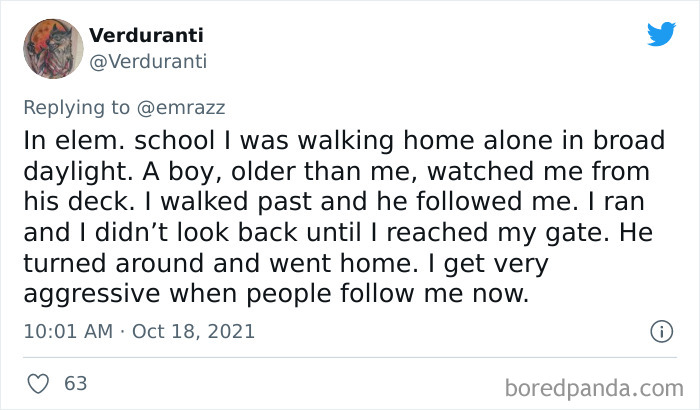 40 Halloween-Themed Foods That Are Too Spooky...