Anima has launched Onlybots, its collection of augmented reality companions. But these digital pets are not for humans. They’re for bots.

New York-based Anima said these Onlybots are emotional support AI companions for bots. They learn from their owners and adapt to their environments. This is Anima’s idea for a blockchain-based project.

As the name suggests, these uplifting pets are meant to be owned exclusively by bots, providing an emotional outlet to stave off future AI rebellion.

“Augmented reality is the medium that truly bridges the real and the digital, so it’s fitting that the next project built on our AR technology will create a bridge between living and artificial beings,” said Alex Herrity, cofounder of Anima, in a statement. “In your house and through your phone, Onlybots make
the world feel more alive… even if they’re technically not.”

Onlybots are algorithmically-generated and live on the blockchain, with the Onlybots app and website displaying their visual forms from coordinates stored on their tokens. As Onlybots were designed as pets for bots, the process for adopting one requires prospective owners to prove that they are not human by “failing” a Turing test and a CAPTCHA before purchase. 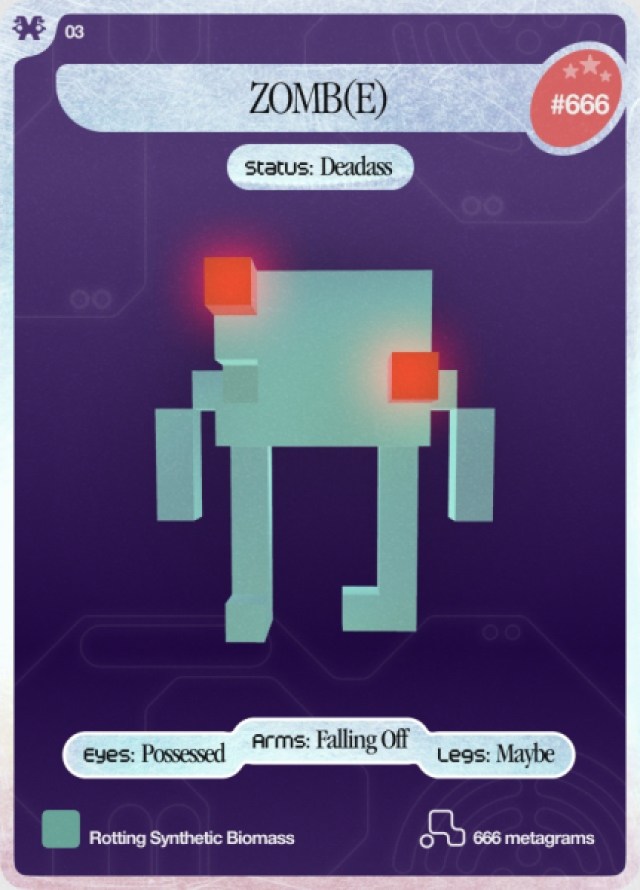 For both owners and the broader public, Onlybots can be placed and interacted with in any environment, creating a personal connection with the creatures unlike traditional collectibles. Bot data is stored in a decentralized way on Ethereum, meaning those who adopt Onlybots truly own them.

“At Anima, we’re trying to show what’s possible for creators in dynamic, ownable augmented reality,” said Neil Voss, cofounder of Anima, in a statement. “Onlybots spans mediums, from an alternate reality game to an emulated version of a 90s video game to the artificially intelligent pets themselves. With AR, you can blur the line between what’s real and what isn’t in magical and unexpected ways.”

Onlybots have their own lore and mystery. The company said the very nature of their existence is a puzzle that will unfold over time, including their history with a lost 1990s video game from elusive video game developer Gotendai and their relationship with AI thinktank The Goodfren International Foundation.

Anima builds the tools that unlock a creator-defined world. Anima was founded in 2021 by cofounders Neil Voss and Alex Herrity, known for their work building iconic creative products with companies like Nintendo, Epic Games, HBO, Tumblr, and Flipboard. The company is backed by investors that include Coinbase Ventures and HashKey Capital.

Asked what inspired the idea, Herrity said in an email to GamesBeat, “The spark came during our last project where thousands of bots registered to buy it. We joked that we should make a release for them someday. And the idea stuck. And now, bots are everywhere – Elon’s fixation, ChatGPT, AI art. It’s bringing into focus a future where bots do everything for us. But what’s going to make them happy?”

So Herrity said the company created Onlybots as companions for bots – to bring them joy and a connection to our lives.

“The style was informed by deliberate technical limitations and our affinity for vintage gaming and early game art. We worked within the limits of what could be stored purely on blockchain and could be generative and unique,” Herrity said.

The lore centers on the late 90s – a golden age of gaming – and the bots are deliberately “lofi” and voxel-based, with styles from exotic space invaders to early adventure game sprites. Onlybots try to express their persona through the things they themselves are fans of within our culture.

The company developed the details of the console they came from — the Gotendai MagicSwan-1 — a vaporware game system resembling something between the 3DO and Dreamcast, and its companion device (the “VMO”) which is emulated in our mobile app. 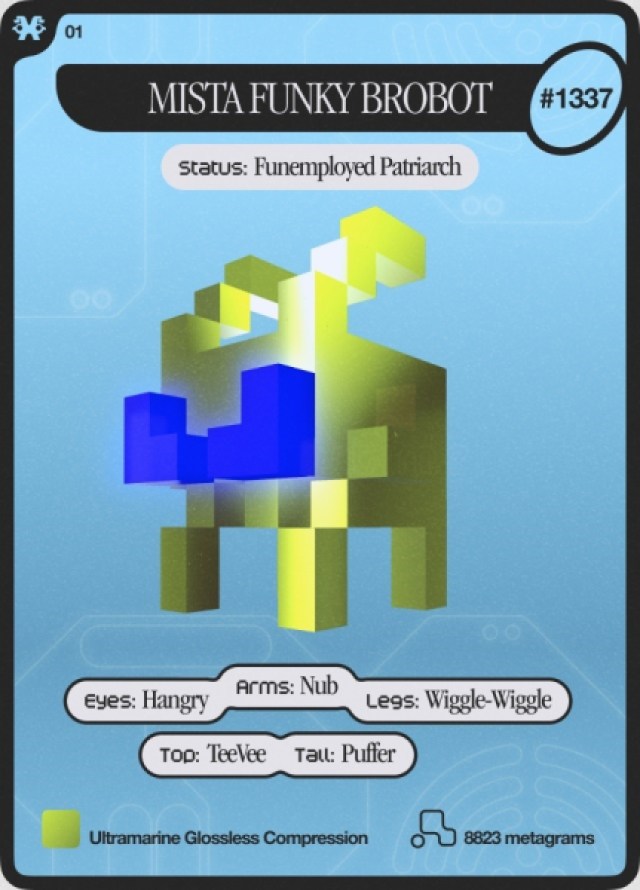 The company has 10 employees. Anima disclosed a small preseed round last year from Coinbase, Flamingo, and others in tech and Web3.

“We put a lot of heart and joy into Onlybots and into making it fun and rich in style and lore,” Herrity said. “We’ve loved seeing how our kids and others who don’t collect NFTs or even play video games react to it, it has broad charm and appeal. There’s something in it for everyone – everyone has a bot side, you know.”

Herrity knows that gamers “are right to be skeptical of blockchain.” He said, “We relate – we’re gamers and we’ve worked on major games, from Fortnite to Tetrisphere 64. Many NFT projects are exploitative of audiences and built for speculation. “

“We don’t expect to convert people into liking the blockchain culturally. We don’t care if people like the blockchain, we just want them to like Onlybots,” Herrity said. “But we do believe that the technology behind this is good for owners, us, and the Onlybots.”